Posted on December 9, 2005 by Dan Goldwasser 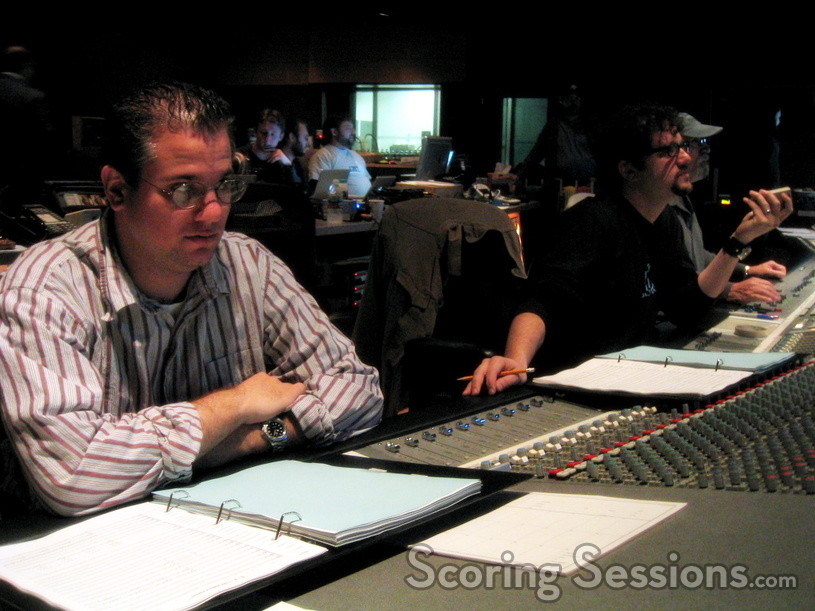 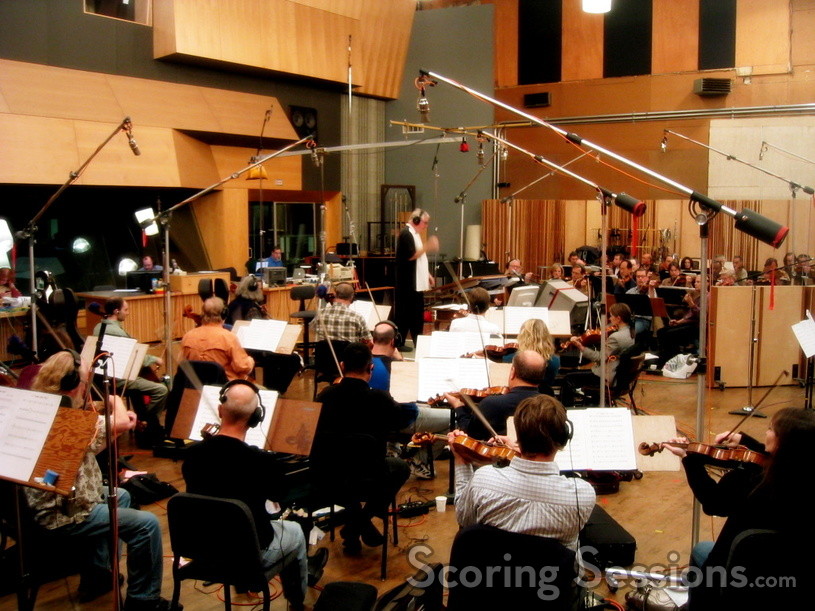 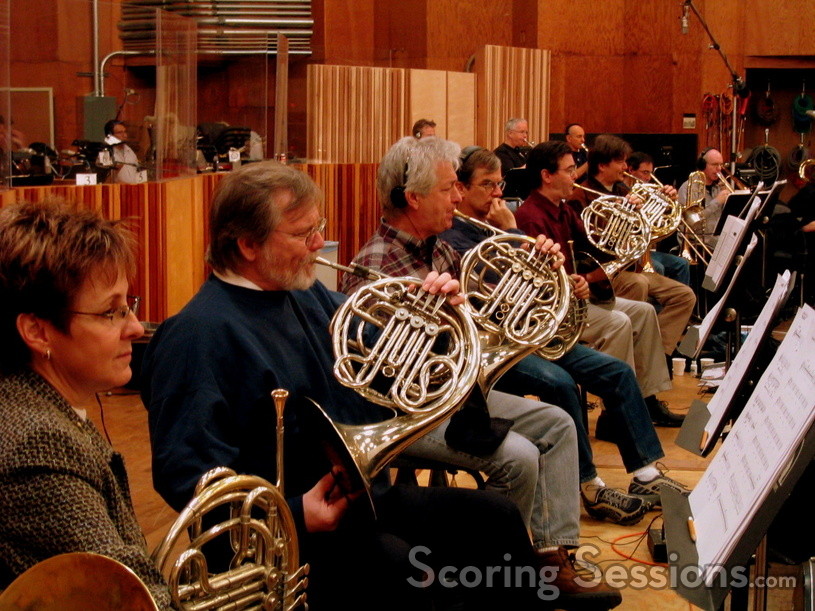 The French horn section on Black 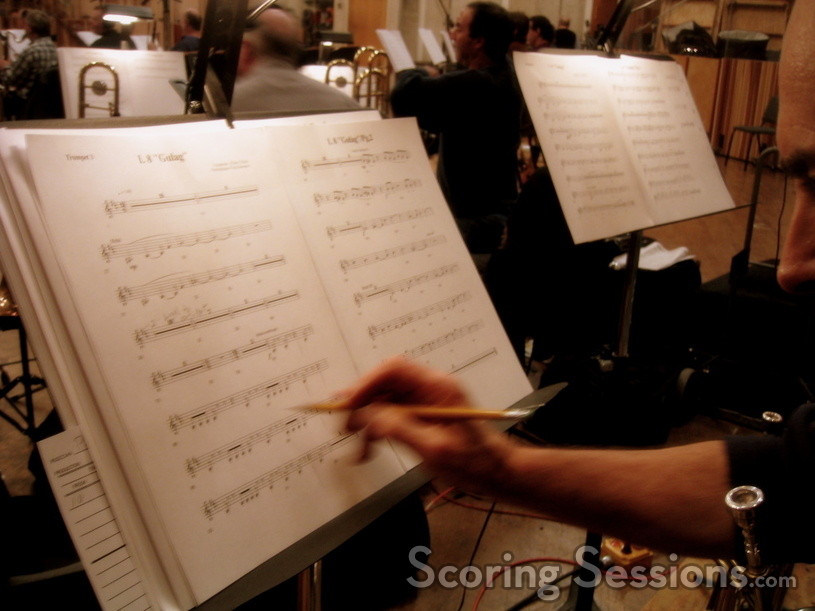 A trumpet player makes a correction

The main theme to Black was written by Giacchino and Tilton, but the remainder of the score was all by Tilton. Tim Simonec, who also orchestrated along with Tilton, was conducting the 72-piece orchestra, and Dan Wallin handled the score mix. The orchestra had six French horns and a significant percussion section that included four taiko drums for maximum effect. 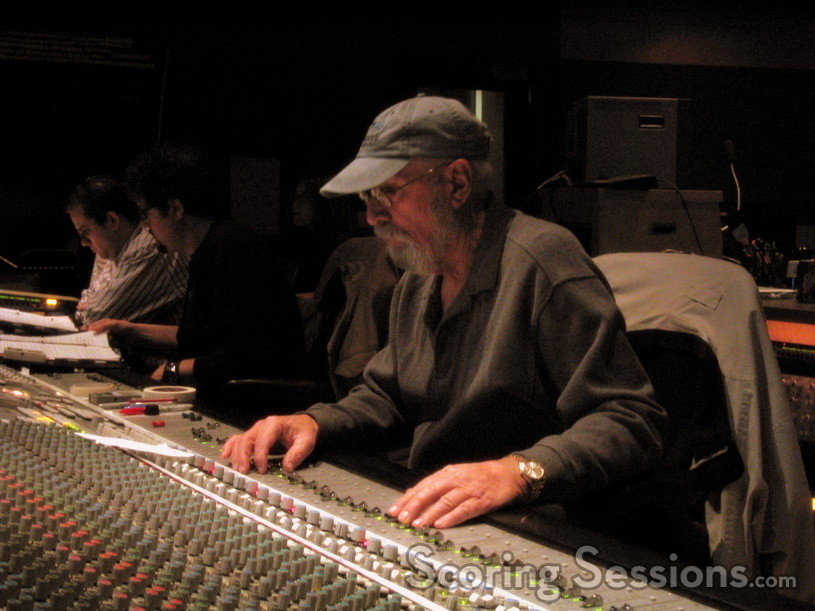 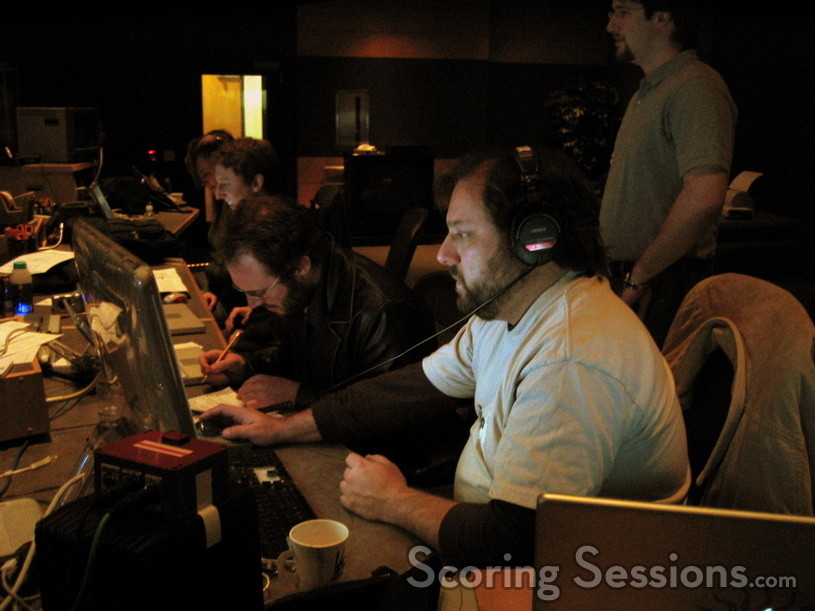 Music editor Steve Davis, who is currently working on Mission: Impossible 3, was assisted by Paul Apelgren, and they made sure that the 42-minutes of score would work integrated into the game. 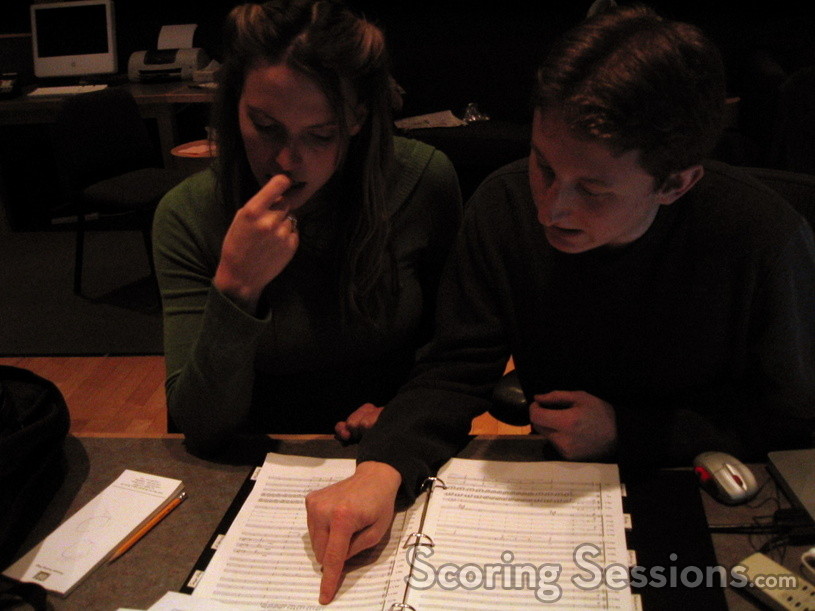 Andrea Datzman and Chad Seiter examine the score to Black

Chad Seiter handled the Digital Performer rig, as well as score preparation, and he was assisted by Andrea Datzman. 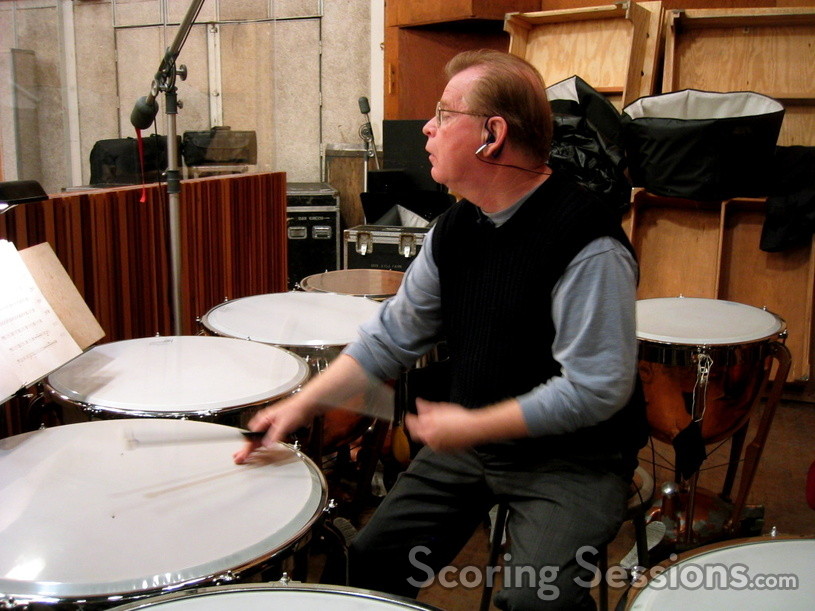 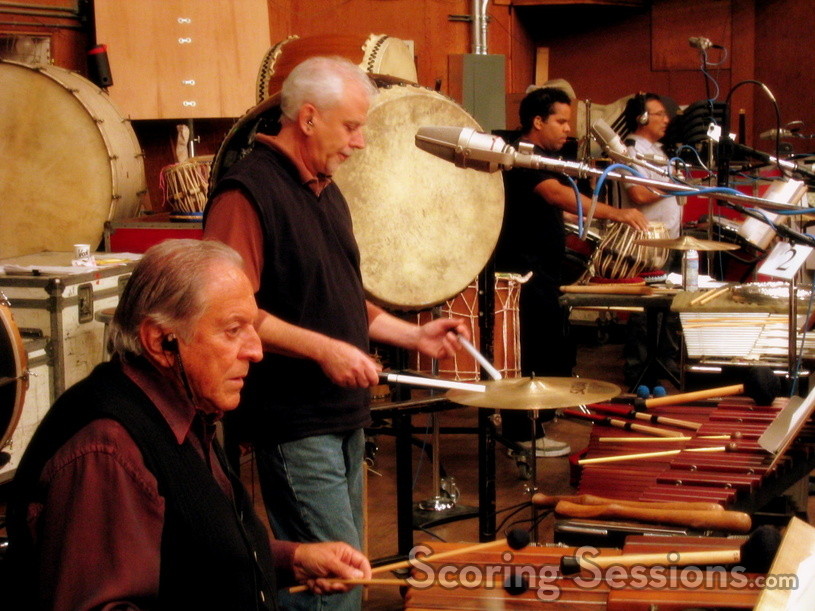 The percussion section on Black 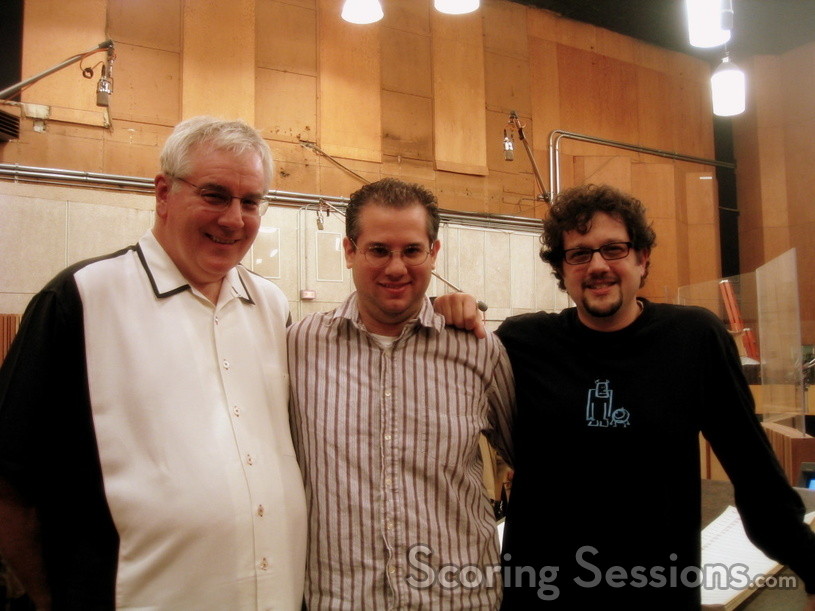 Black will be released by Electronic Arts on February 28, 2006 for Xbox and Playstation 2.