Composer James Newton Howard’s collaborations with writer/director M. Night Shyamalan have resulted in some of his most powerful and beautiful film scores: The Sixth Sense, Unbreakable, Signs, and most recently The Village, which garnered him an Academy Award nomination. 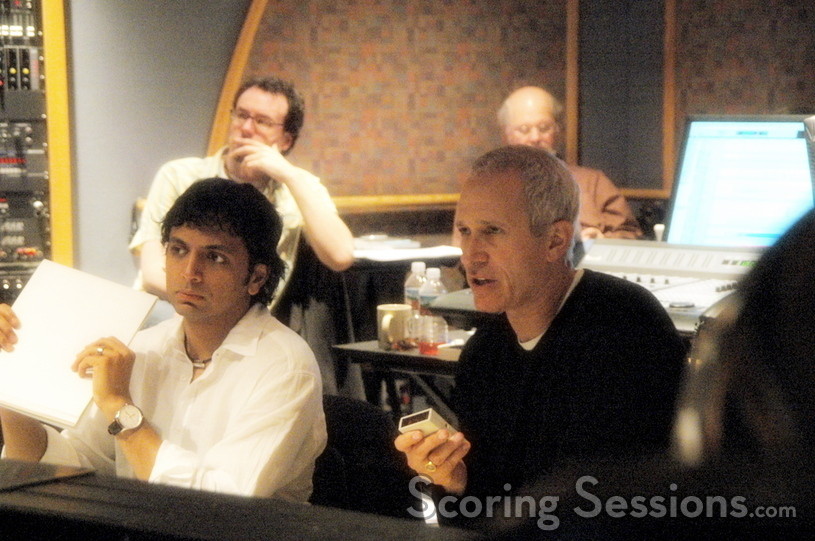 Howard began work on Shyamalan’s latest film, Lady in the Water, last year when he started formulating ideas for the score. Before coming back to it, he worked on Freedomland, King Kong and RV – but spent most of the first five months of 2006 writing the score for the film. Emphasizing a fully orchestral approach, Howard’s score features members of the world-famous Los Angeles Master Chorale, who had worked with him previously on such films as Waterworld, The Devil’s Advocate, Snow Falling on Cedars, and others. 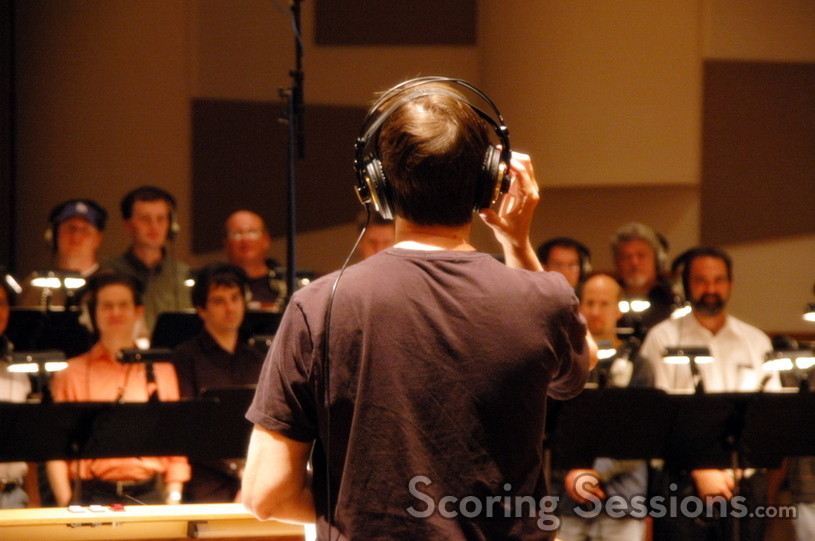 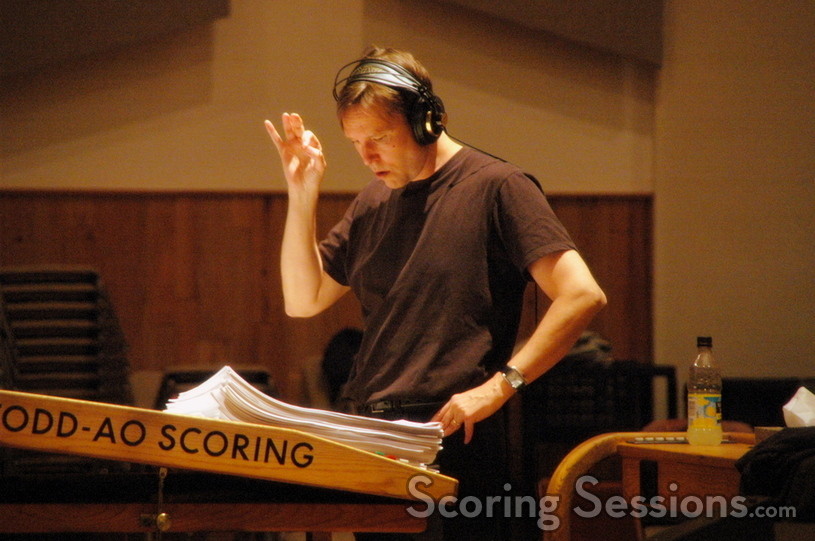 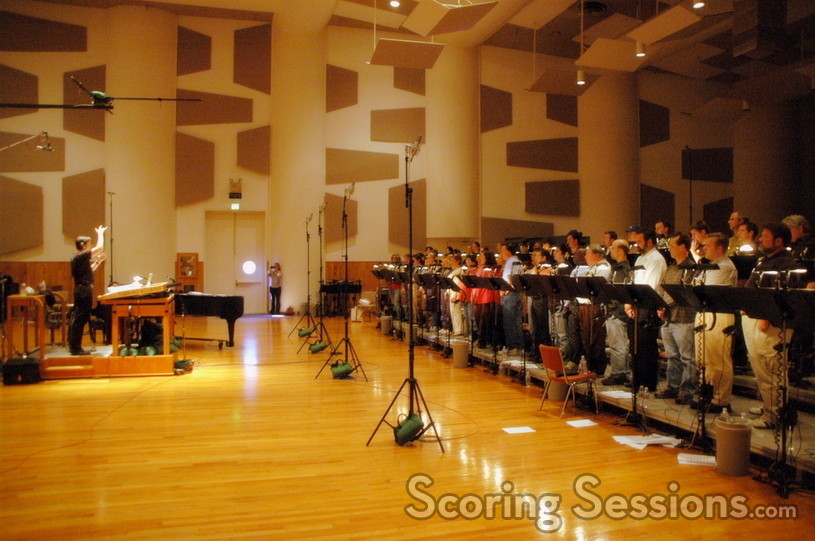 Recording for Lady in the Water began at the Todd-AO Scoring Stage in Studio City on May 4th. Unconventionally, the choir was recorded first, because conductor/music director Grant Gershon’s availability was limited due to his performance schedule. For two days, Gershon conducted the 60-person choir, at times tripled for a sound of 180-voices, in recording the vocal elements for the score. Gershon himself additionally provided some solo vocal work for use in the mix. 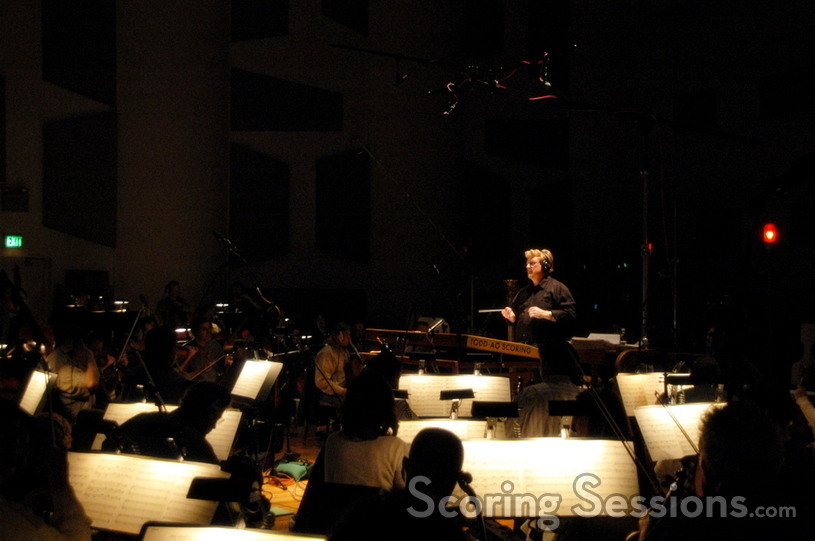 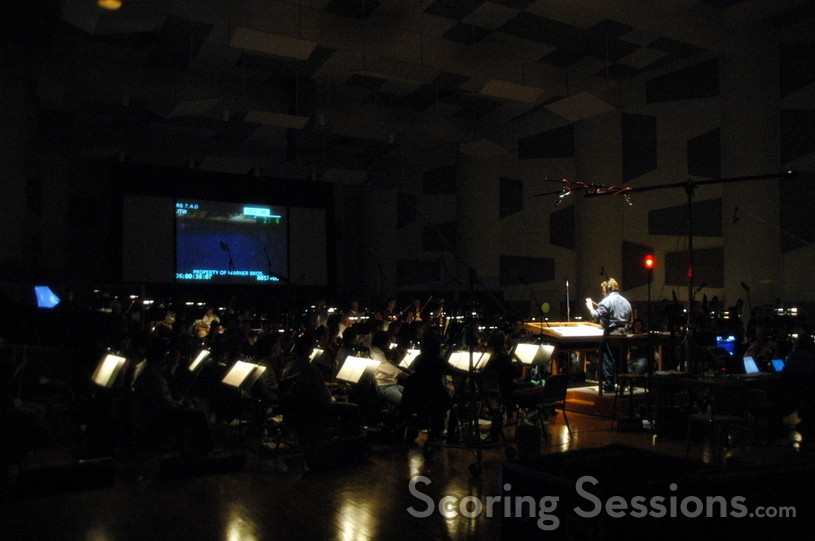 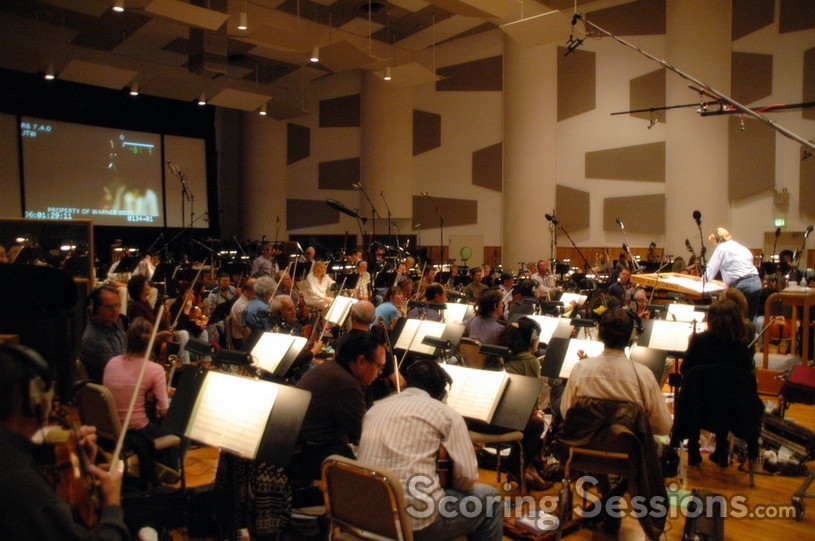 The orchestra sessions ran from May 8 – 11, with Pete Anthony conducting the 91-piece Hollywood Studio Symphony. During the rehearsals of the cues, Howard would be out on the stage, sitting with either orchestrator Brad Dechter or Jeff Atmajian, and make tweaks and changes until the piece was sounding just right. 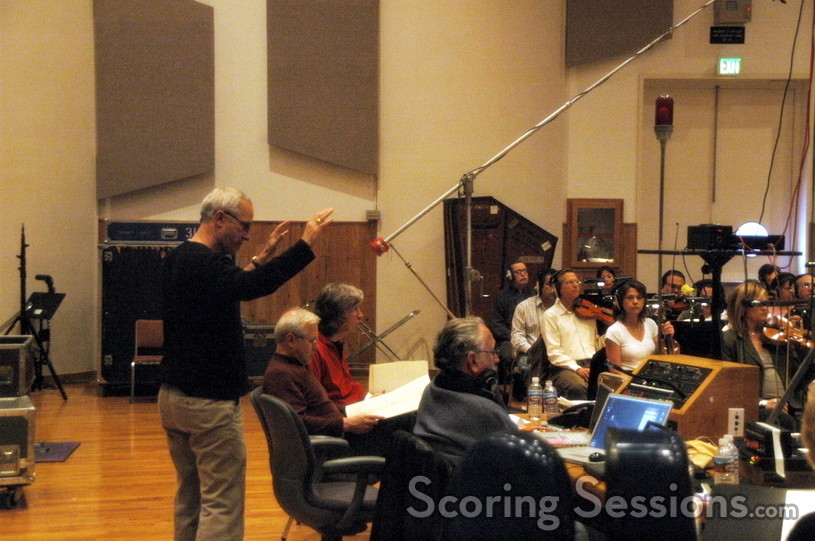 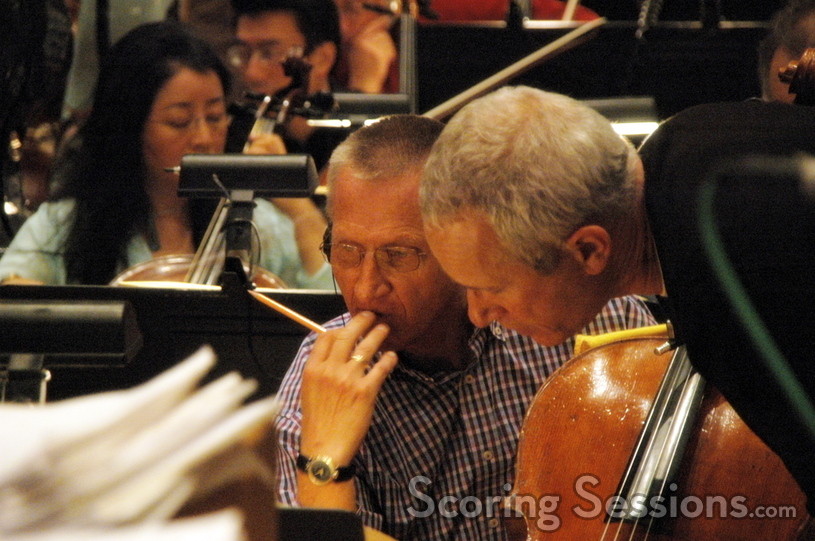 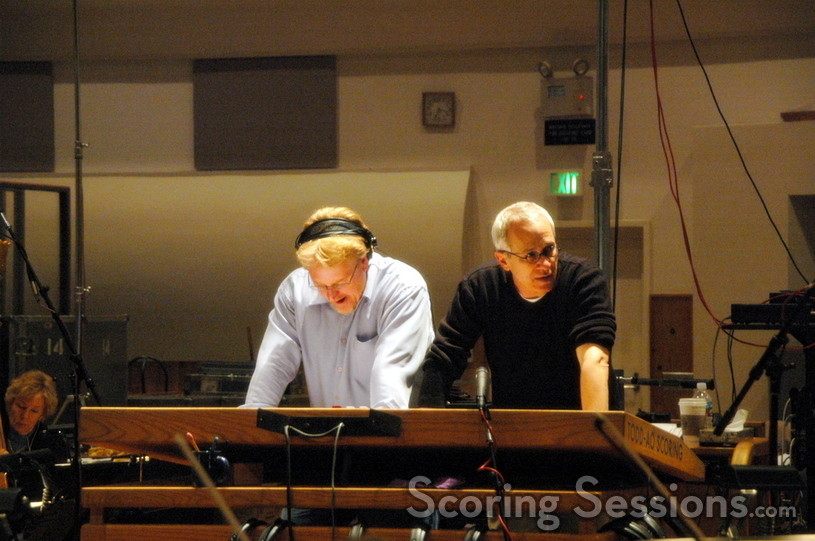 Pete Anthony and James Newton Howard give fixes to the orchestra

One they were ready to record, he would then come back to the control room, where Shawn Murphy was doing rough mixes of the score. Director M. Night Shyamalan would give his feedback on the performances and adjustments would be made appropriately. The final score mixes will be done by Joel Iwataki. 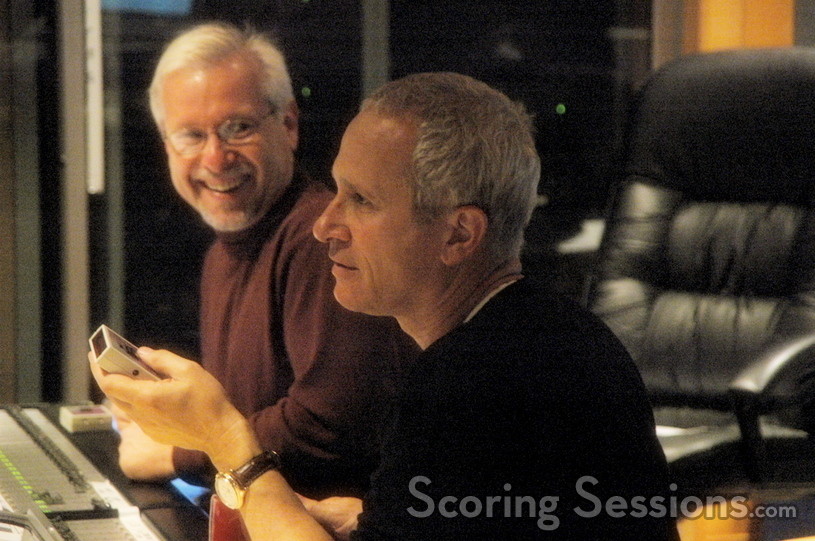 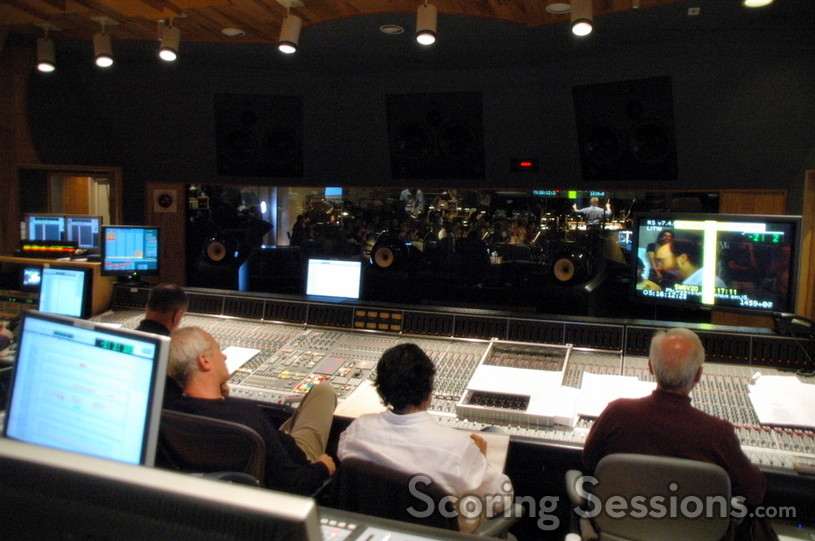 The view from the control room at Todd-AO 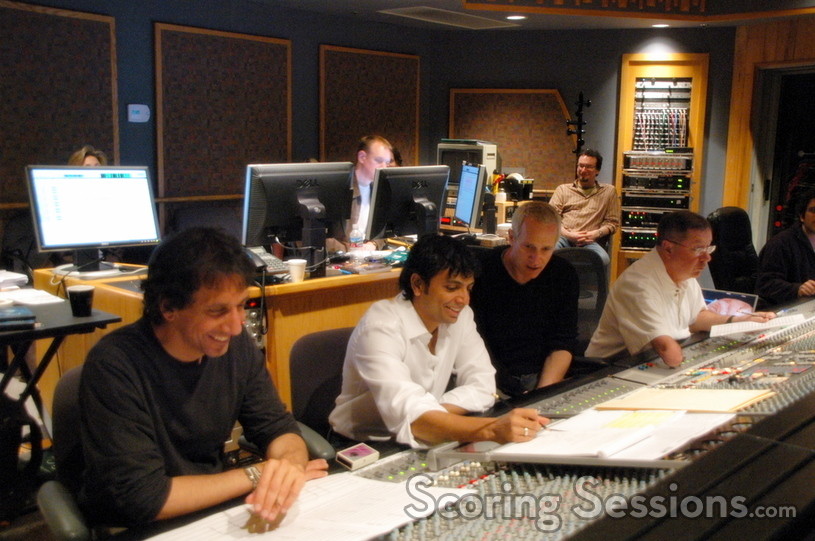 Also in the booth were technical score coordinators Chris P. Bacon and Stuart Michael Thomas, music editor Tom Drescher, ProTools operator Erik Swanson, and Todd-AO recordist Tom Hardisty. Typically, music is recorded (via ProTools) to a local hard drive – but then anyone needing to access that material would have to copy the data over. For Lady in the Water, scoring technical consultant Koji Egawa set up a system whereby the ProTools hard drives were all networked via fibre-optic lines, allowing anyone to access the files they might need without risk of duplication. 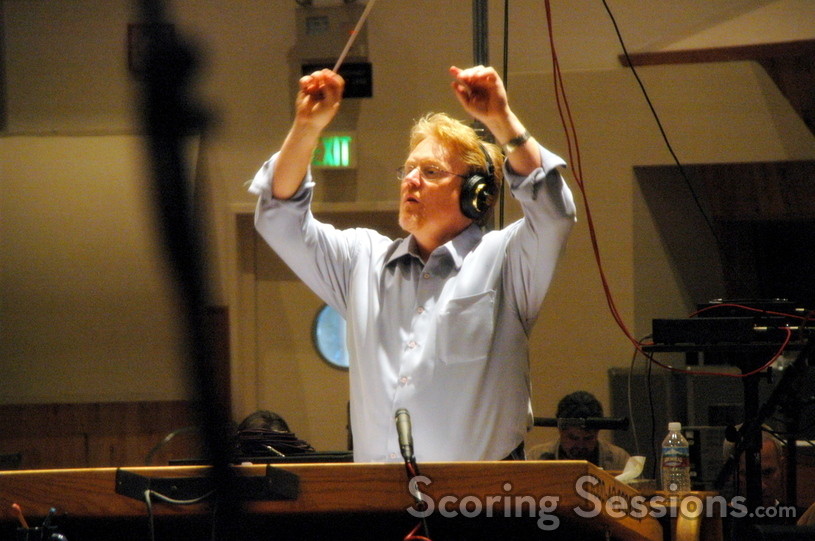 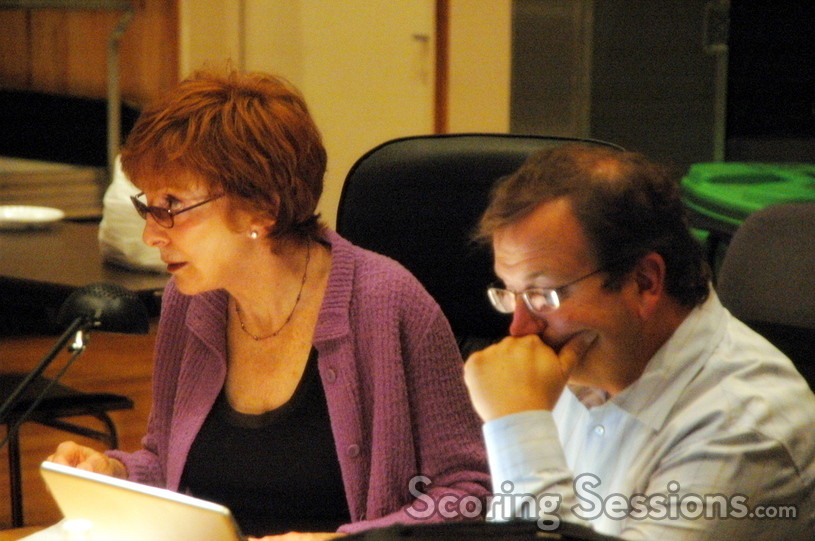 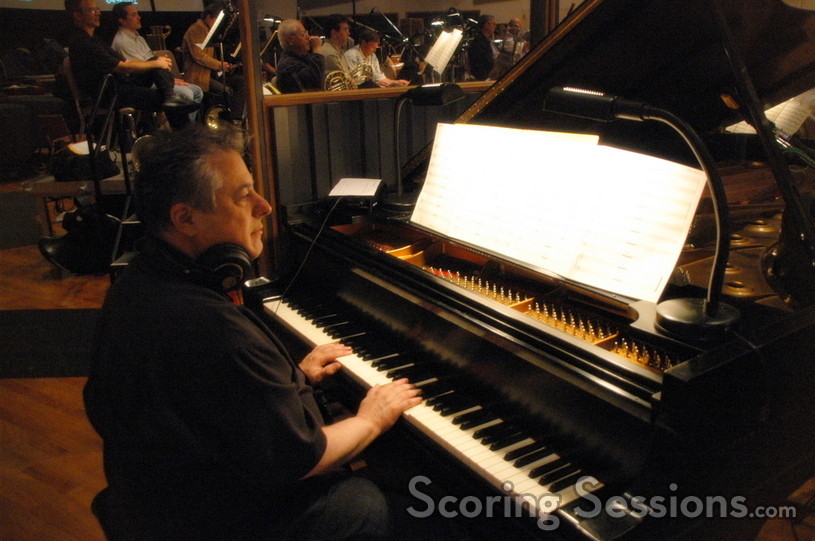 Mike Lang on the piano 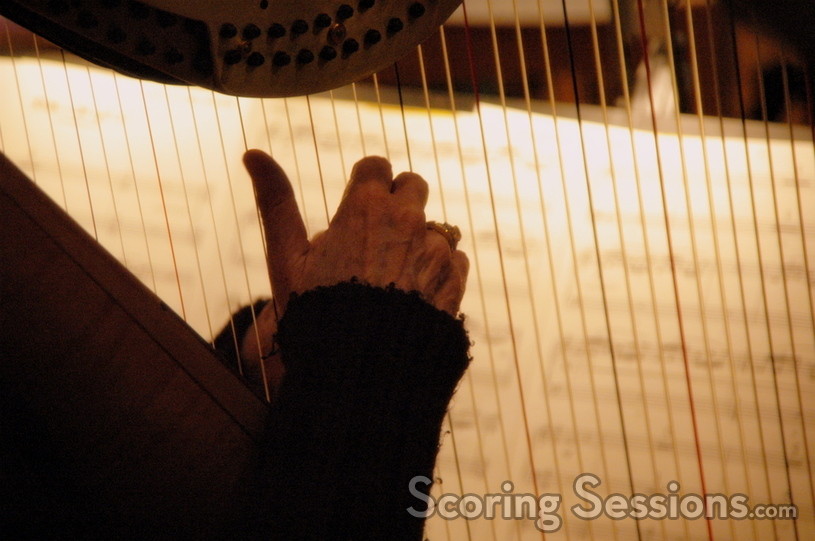 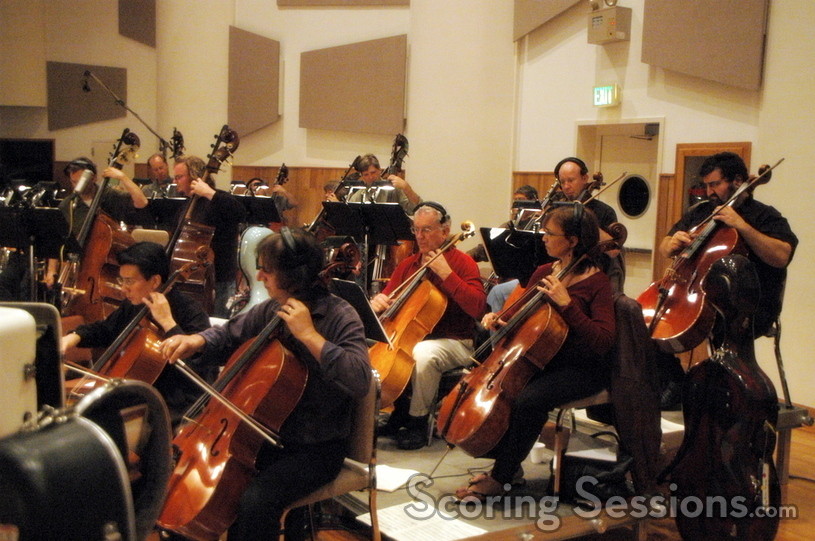 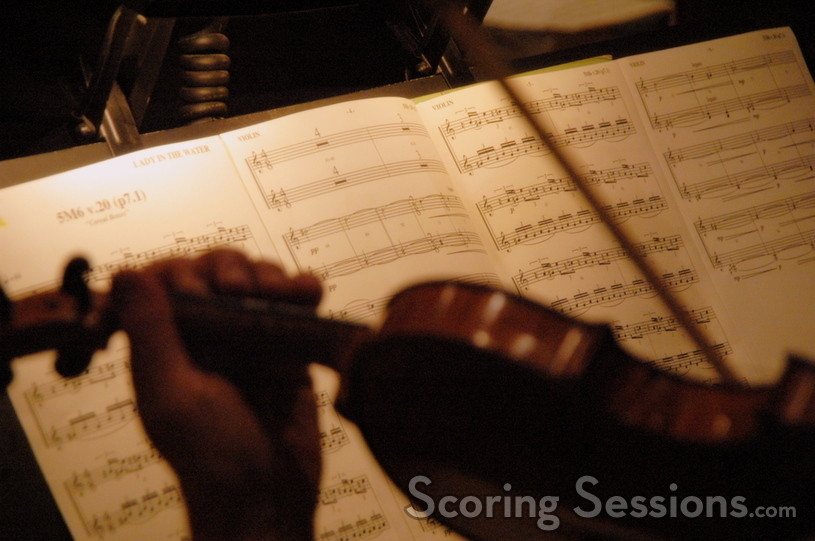 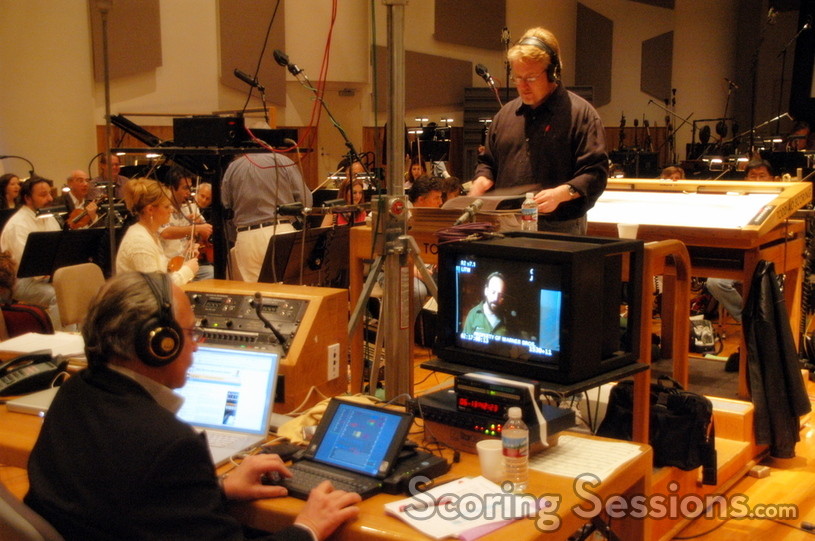 During the four days of orchestral recording, approximately 70-minutes of score were recorded, and when they finished it all, the take counter was at 379 takes (including the choir sessions). 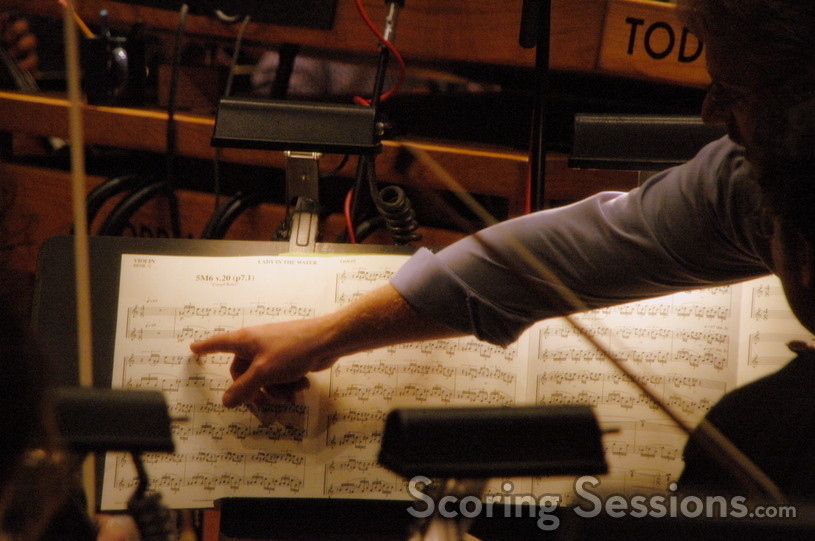 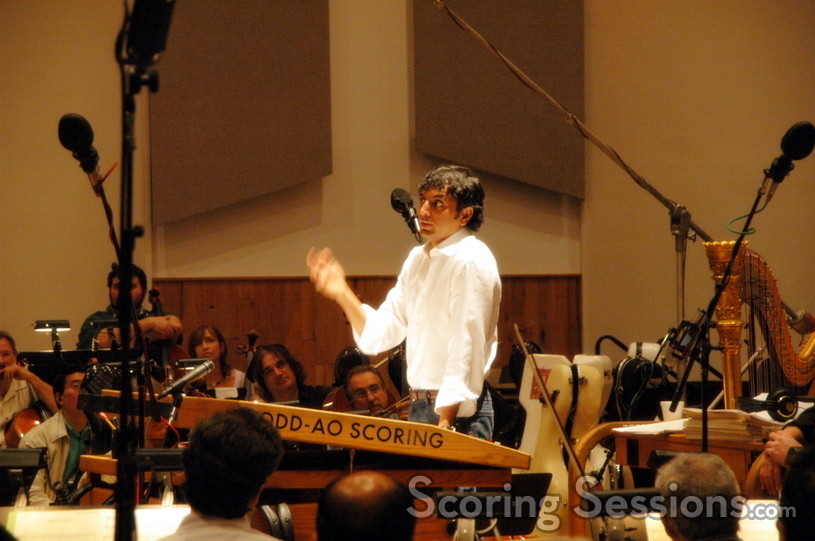 M. Night Shyamalan explains the emotion he wants the audience to feel during the end credits from Lady in the Water

One of the last pieces to be recorded was the “End Titles”, for which Shyamalan addressed the orchestra to explain the feeling and mood that he was trying to convey with the film. The very last thing to be recorded was a suite of music, covering most of the major thematic material in the score. It remains to be seen whether or not this suite of music will appear on the soundtrack. 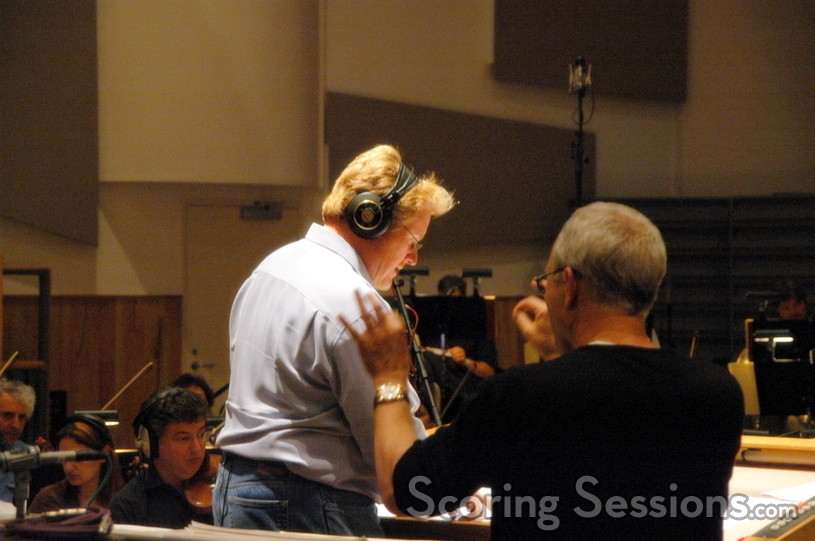 Currently, James Newton Howard and his team are mixing the score to Lady in the Water, which will be released in theaters on July 21, 2006 by Warner Brothers. A soundtrack release is forthcoming from Decca Records, but no release date has been announced just yet. 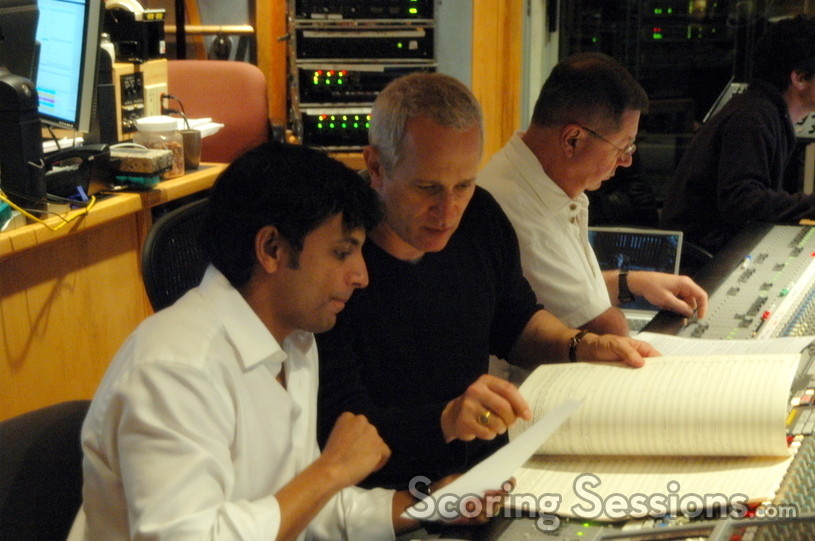 The control room at Todd-AO

Special thanks to Stuart Thomas, Pamela Sollie, and Debi Streeter for their help with this article.

All photography by Dan Goldwasser