Earlier this month, composer Bear McCreary held the largest scoring session to date for an episode of "Battlestar Galactica". Now in its final fourth season, the series will have a mid-season finale, to air in June. To score this pivotal episode, McCreary employed a string section, choir and brass, which would all come together with the guitars, drums, taiko drums, duduk and other instruments that give "Battlestar Galactica" its unique sound. 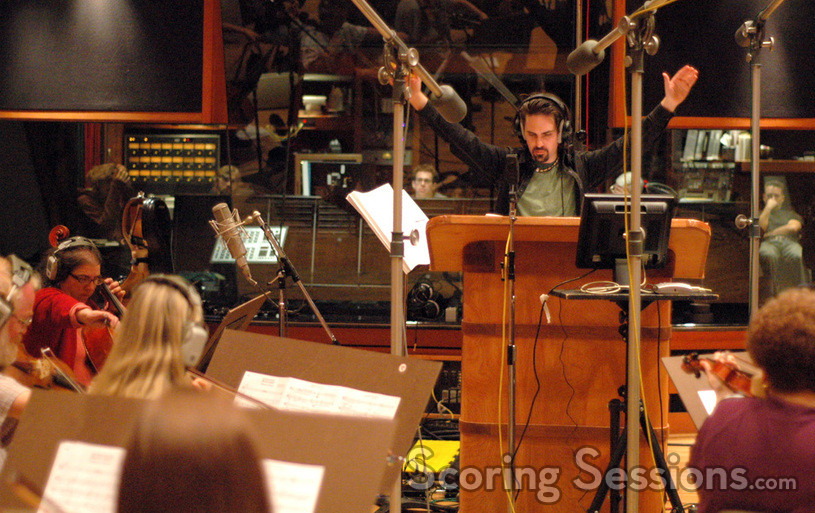 Recorded at Studio A at the Jim Henson Sound Studios (formerly A&M Studios), McCreary started out the day by conducting the choir in a cue titled "Diaspora Oratorio". Sung in Latin and Samoan, the lyrics have deeper meaning that were not disclosed to us at the time of the recording due to secrecy. In fact, the session was so secretive that the cue titles were all "intentionally misleading", and no cues were recorded synched to the picture. 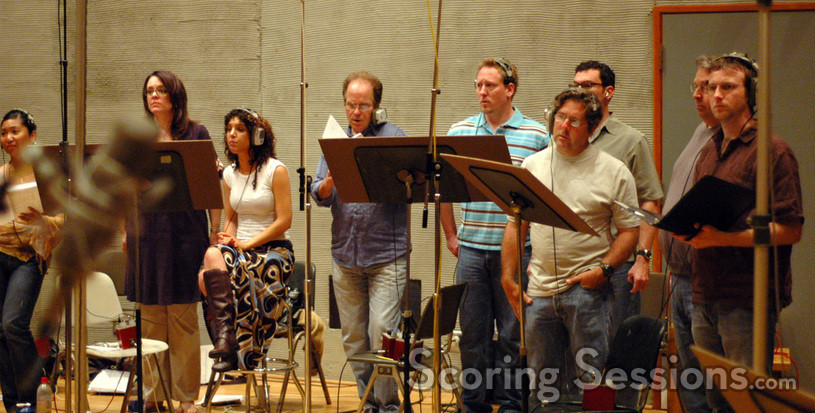 The choir on "Battlestar Galactica" 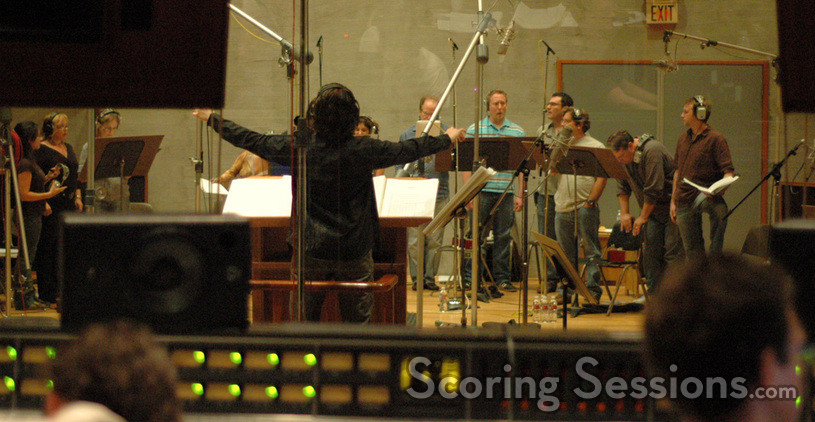 The twelve person choir, contracted by Bobbi Page, was recorded with overdubs to create a massive choral sound – which would then be placed on top of the strings which were recorded later that afternoon. Twenty-six strings were used, led by concertmaster Peter Kent, and fans of the classical ostinatos that McCreary has been fond of using in the scores to the show will definitely find the episode to be a musical treat. 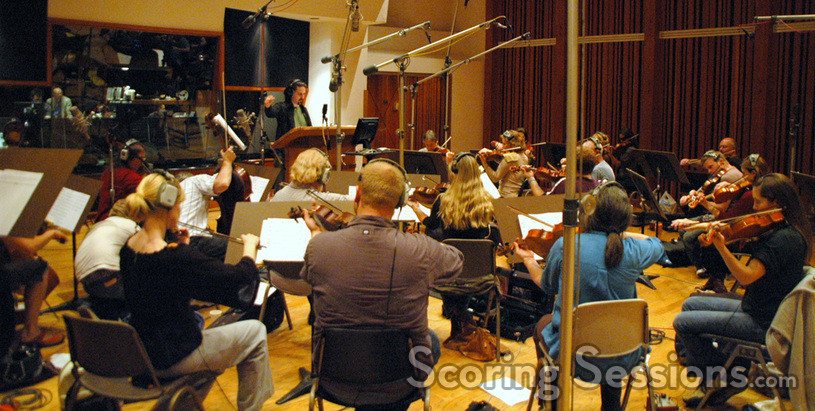 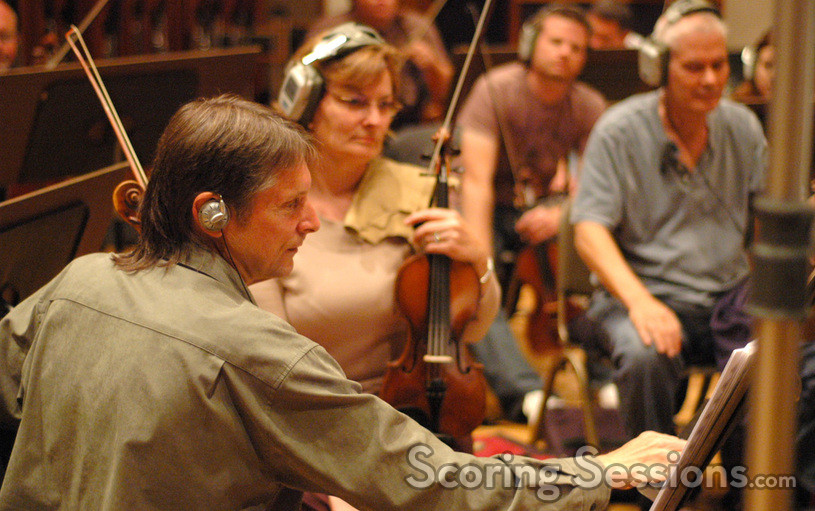 We were unable to stay for the brass session due to a schedule conflict, but Bear assures us that it is the first time that brass has been used in the show (with the exception of the “Colonial Anthem” arrangement of Stu Phillips’ classic show theme from season two). Mixing it all was Steve Kaplan, with orchestrator Brandon Roberts and McCreary’s mentor James Hopkins assisting from the booth. 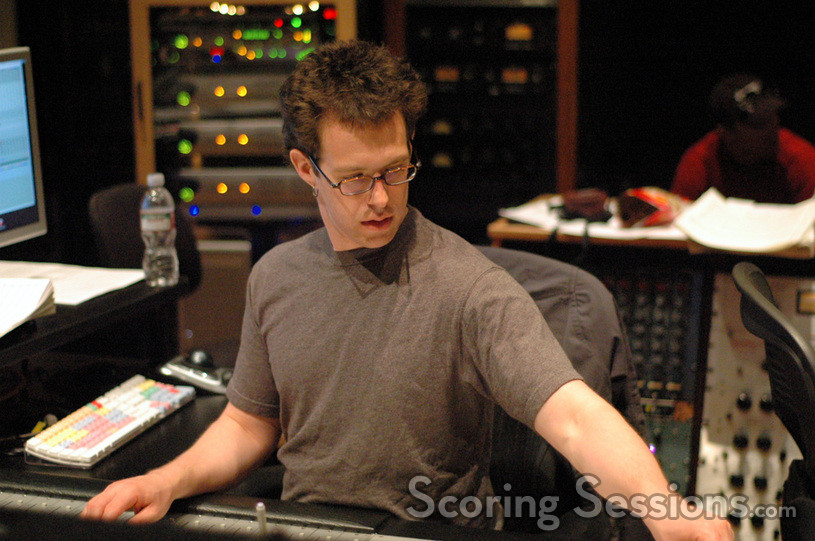 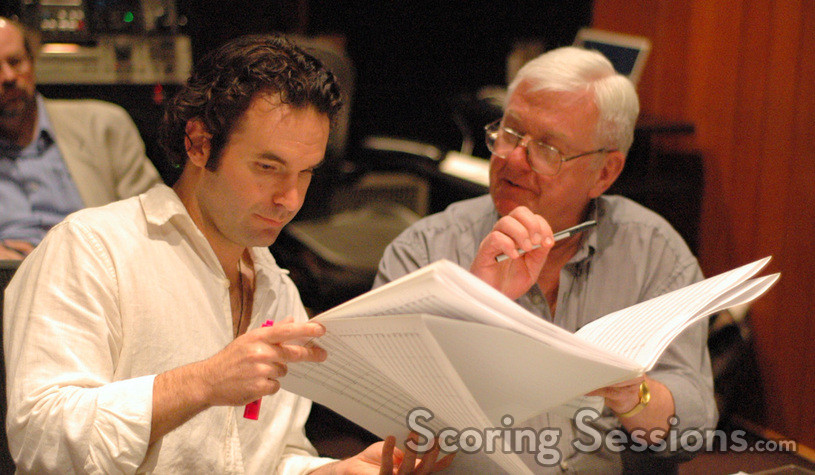 The "Battlestar Galactica" mid-season finale episode "Revelations", will air in June on the SciFi Channel. (Check your local listings!)