Earlier this summer, composer Brian Tyler was at the Sony Scoring Stage to record the music for the new thriller, Eagle Eye. Based on a story (and executive-produced) by Steven Spielberg, the film was directed by D.J. Caruso (Disturbia) and stars Shia LaBeof and Michelle Monaghan. 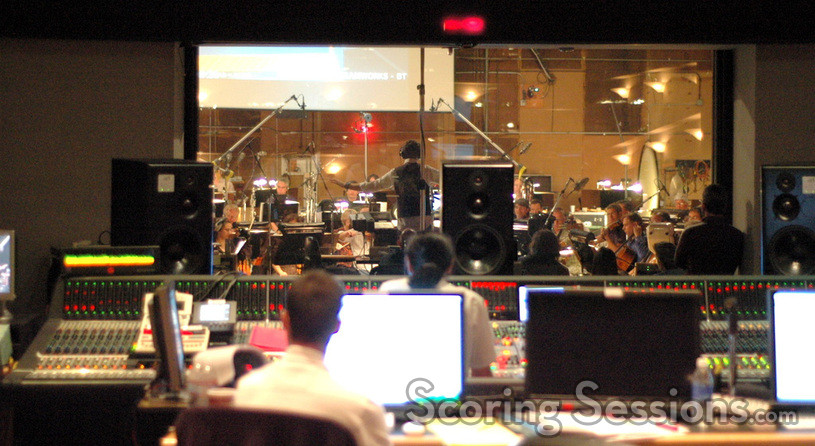 Conducting the orchestral portion of the score with an 88-piece ensemble of the Hollywood Studio Symphony, Tyler’s high energy score provides plenty of tension amidst the driving action. With a strong brass theme, the orchestra is only one element of the score, with over 140-tracks of pre-recorded elements, which Tyler himself had performed on (drums, guitar, piano, etc.). 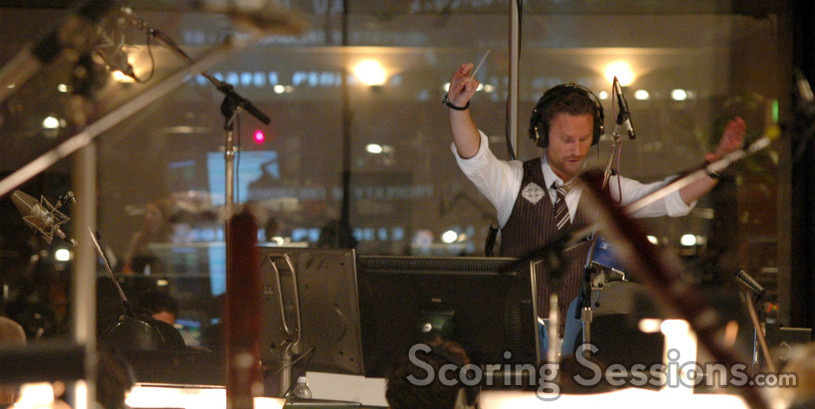 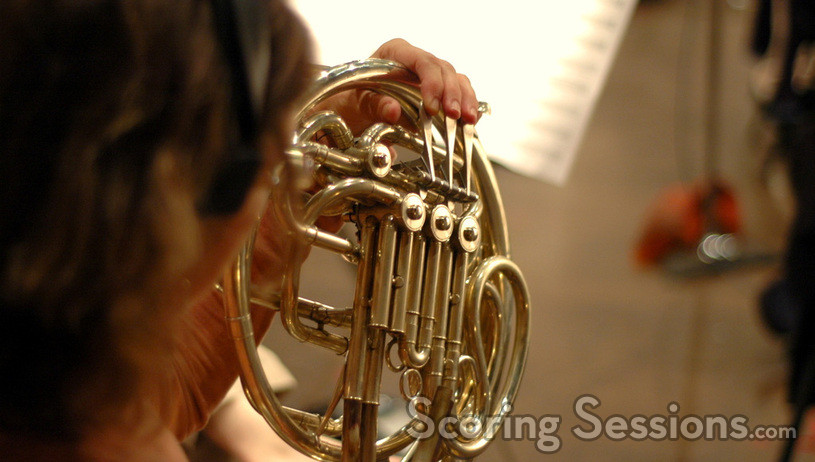 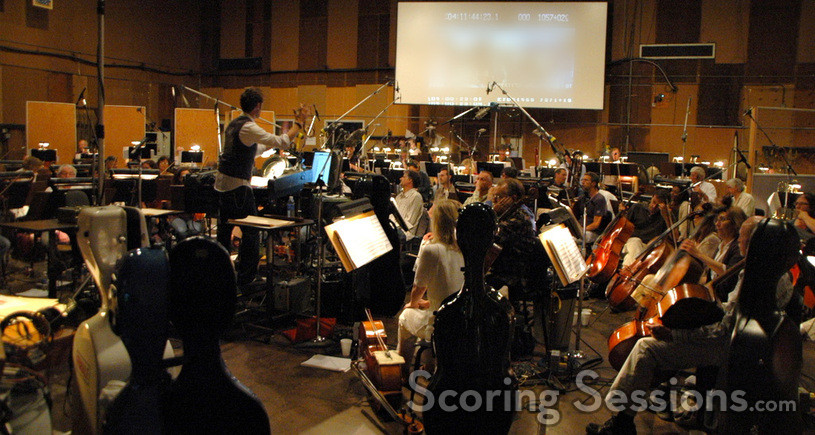 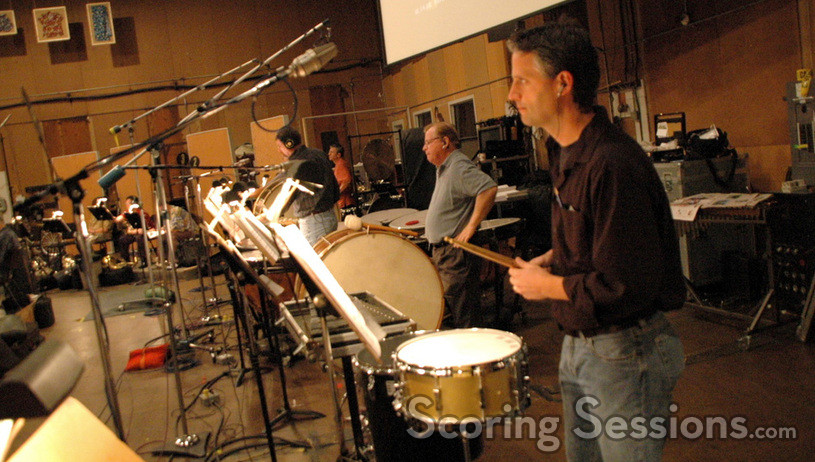 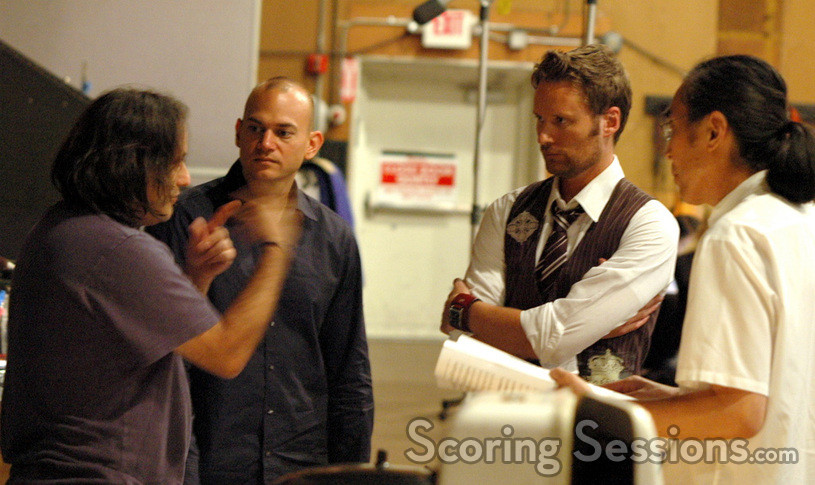 On the stage, orchestrator Robert Elhai and as music editor Joe Lisanti were on hand to give Tyler feedback, as well as help make any tweaks to the score as the picture adjusted. Things got even more exciting when Southern California was struck by a medium earthquake, bringing the scoring session to a quick halt. To listen to exclusive audio of the earthquake, check out the MP3 player at the bottom of the page! 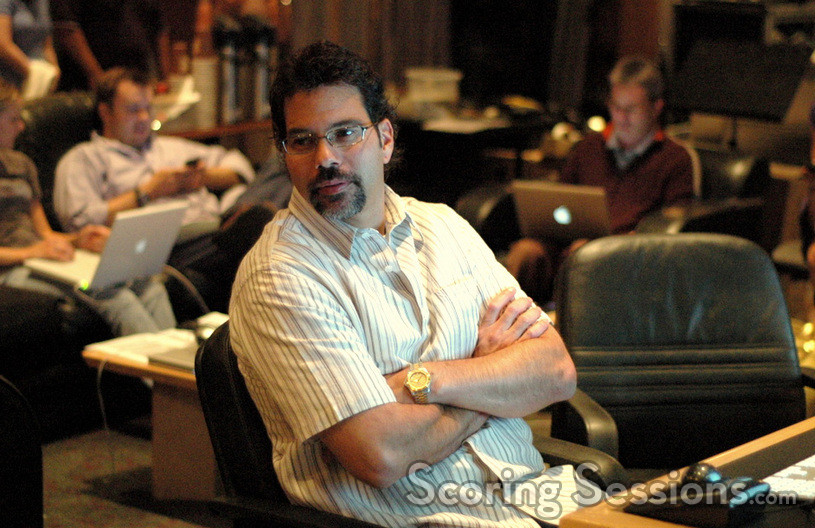 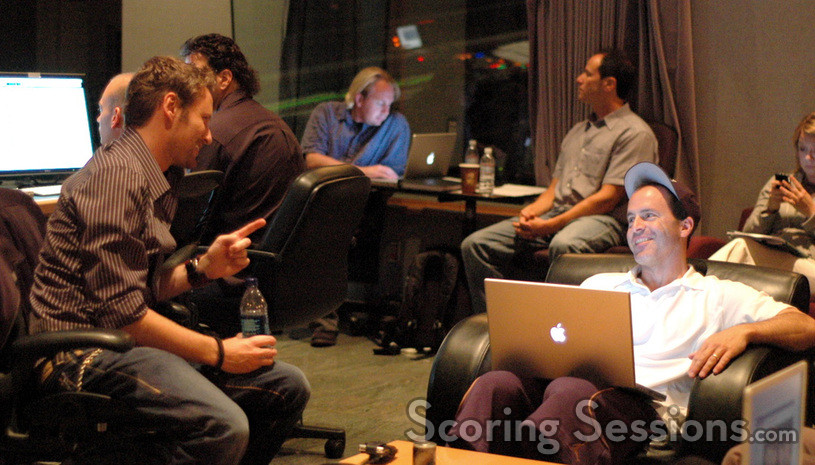 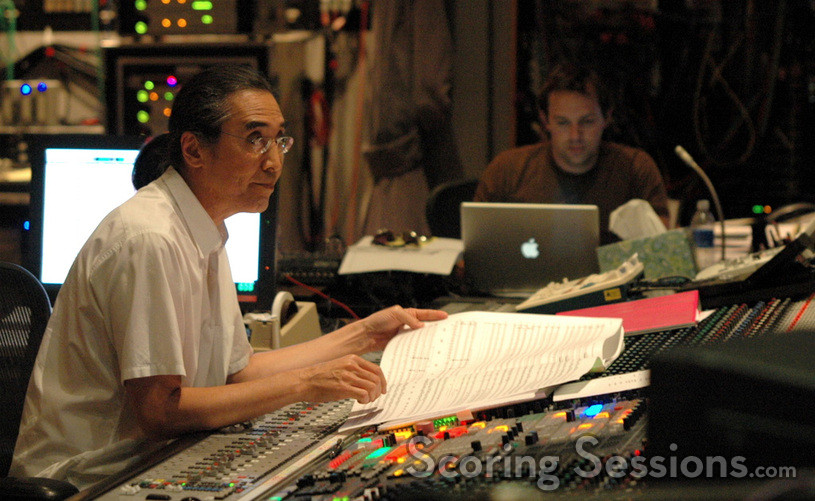 With so much tension on the screen and in the music, scoring mixer Joel Iwataki kept the lights in the booth dimmed, creating a rather soothing and low-key ambiance. Joining Iwataki in the booth were ProTools recordist Noah Snyder and music editor Gary Krause. At one point, Tyler whispered to Iwataki over the talk-back, "Are you ready for this Joel? It’s a beast! This is 219 bars of madness!" Indeed, there are plenty of lengthy action sequences in the film, especially towards the climax. The finale cue runs nearly ten minutes long, and was split up into three sections just to record it (the orchestra wouldn’t have been able to endure the whole thing at once)! 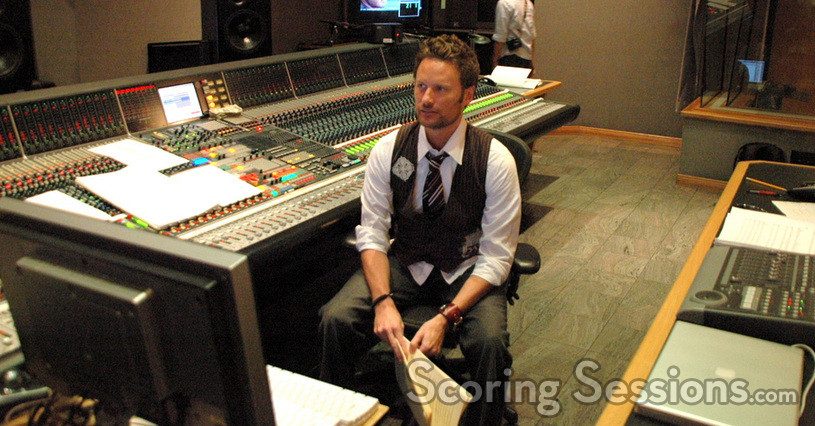 Brian Tyler enjoys a moment of peace before the storm 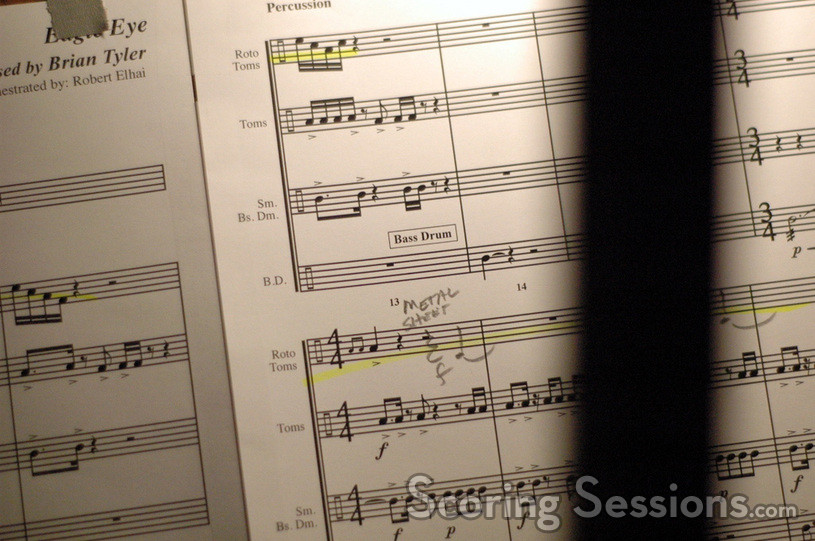 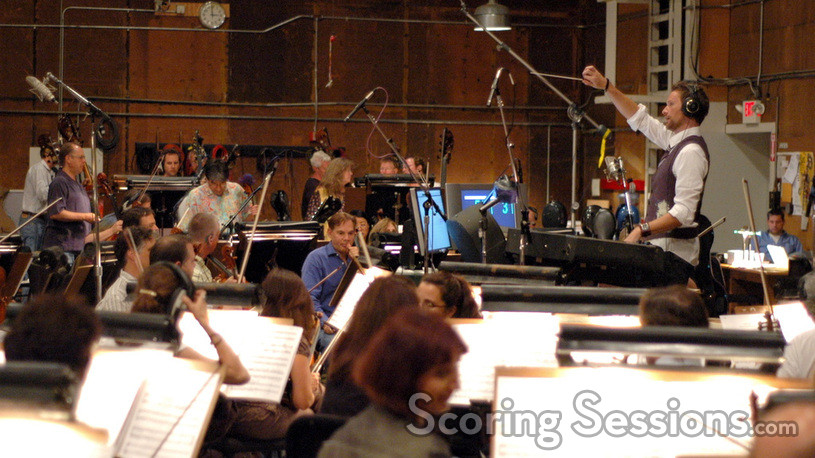 Eagle Eye hits theaters on September 26, 2008 from Dreamworks Pictures, and a soundtrack album will be coming out from Varese Sarabande.