Recently, composer Brian Tyler was at the Newman Scoring Stage at 20th Century Fox to record his score for Fast & Furious, the latest installment in the popular underground car racing series that reunites actors Vin Diesel and Paul Walker. Fresh off of Dragonball Evolution, Tyler originally had a few months to work on the score for Fast & Furious – but the release date was moved up, necessitating a serious time crunch to get it all done. 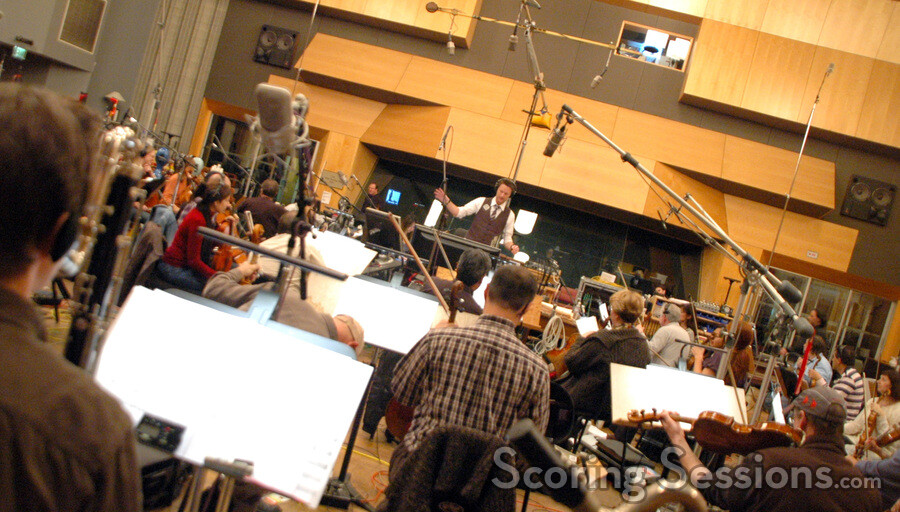 With 72-minutes of score to write and record, Tyler hit the scoring stage with a sizeable ensemble of the Hollywood Studio Symphony, and blasted through, recording an impressive 25-minutes of music during the first day, and setting a pace that would be maintained through the three days of scoring. 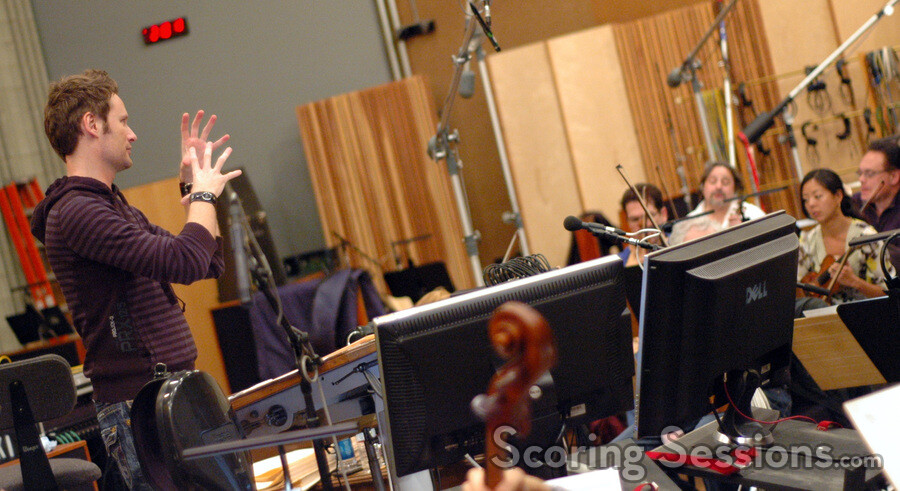 Brian Tyler talks with the orchestra 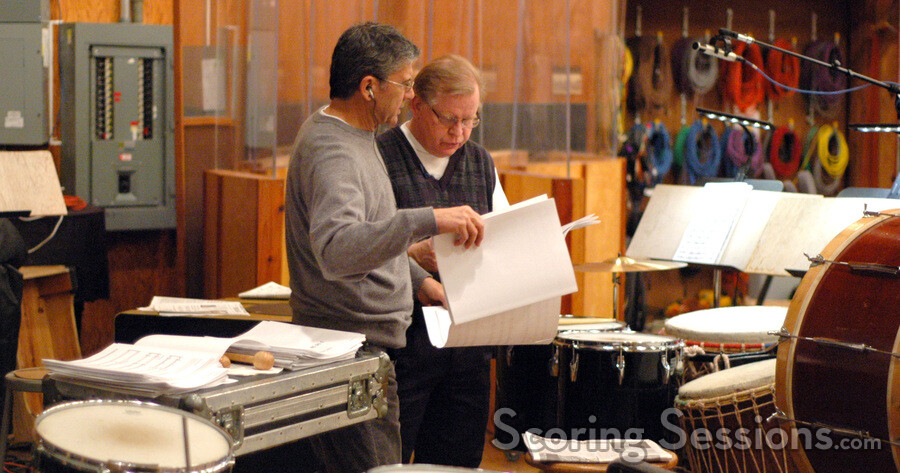 Having scored The Fast and Furious: Tokyo Drift for director Justin Lin, Tyler revisited some of the action rhythms from the previous film (as well as Han’s Theme, as he shows up in this film), and also created new themes for the various characters. The blend of electronics, electric guitar and heavy percussion with the full orchestra (sans trumpets) created a bold momentum that persisted through much of the sessions. There were some quieter cues though, with a hint of ethnicity provided through woodwinds. 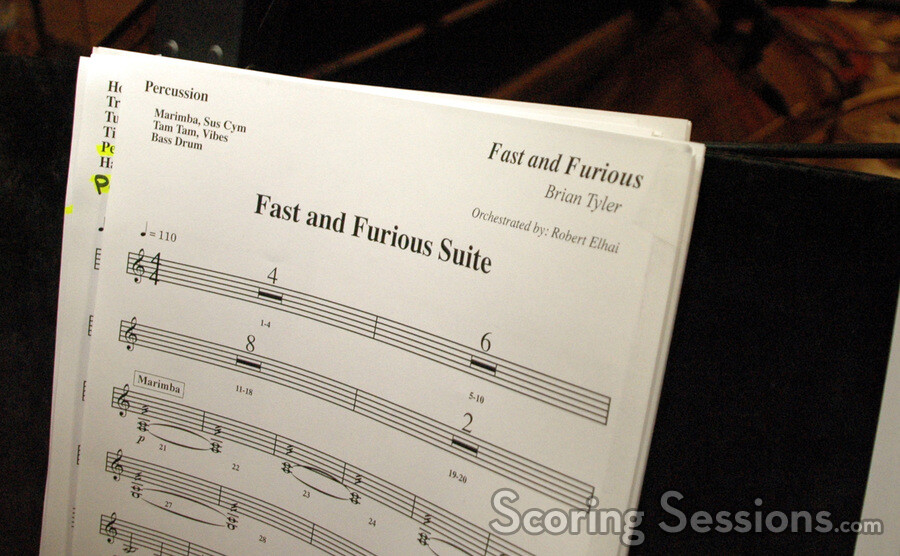 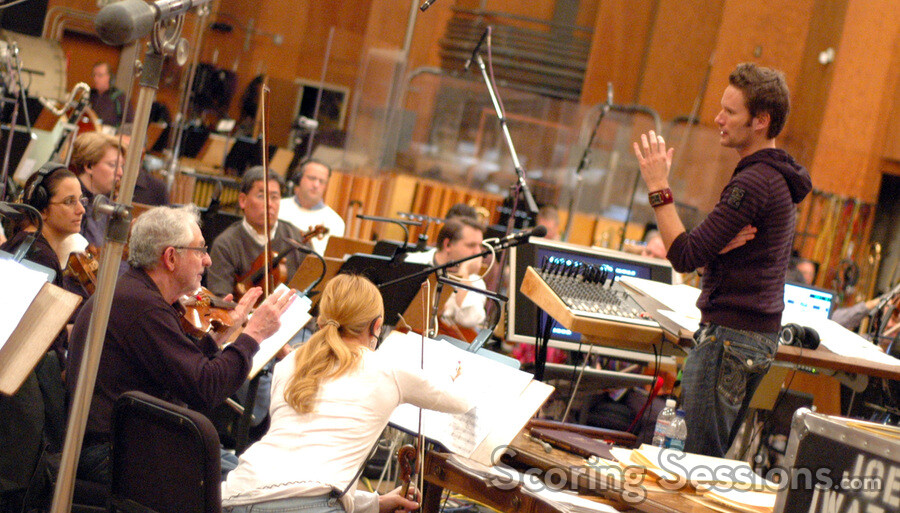 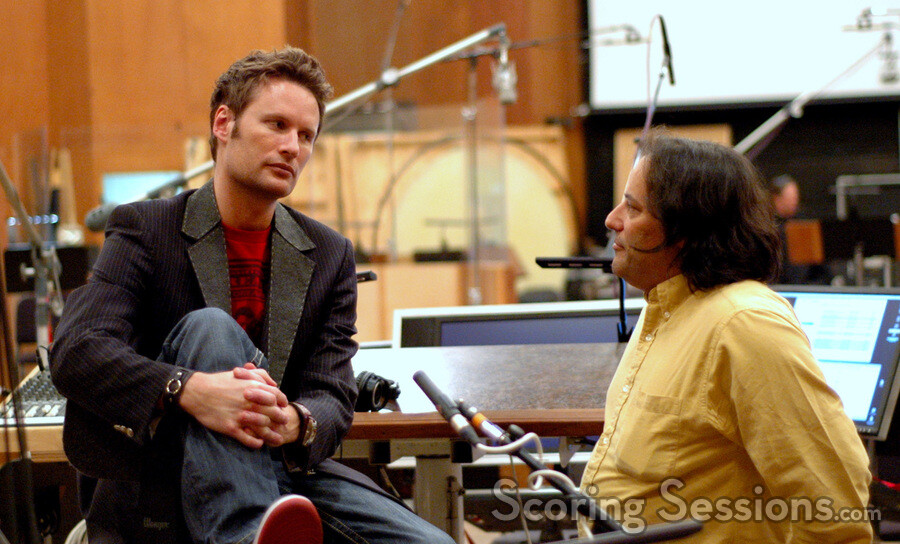 Orchestrators Robert Elhai, Dana Niu, Andrew Kinney, Brad Warnaar, and Pakk Hui were all on the stage to provide immediate feedback and assistance to Tyler on the podium, and in the booth scoring mixer Joel Iwataki was expertly combining all of the elements together. As they were chasing the film dub, additional score mixing was taking place at the Conway Studios by Frank Wolf. Also in the booth were music editors Joe Lisanti and Gary Krause, and ProTools recordist Larry Mah. 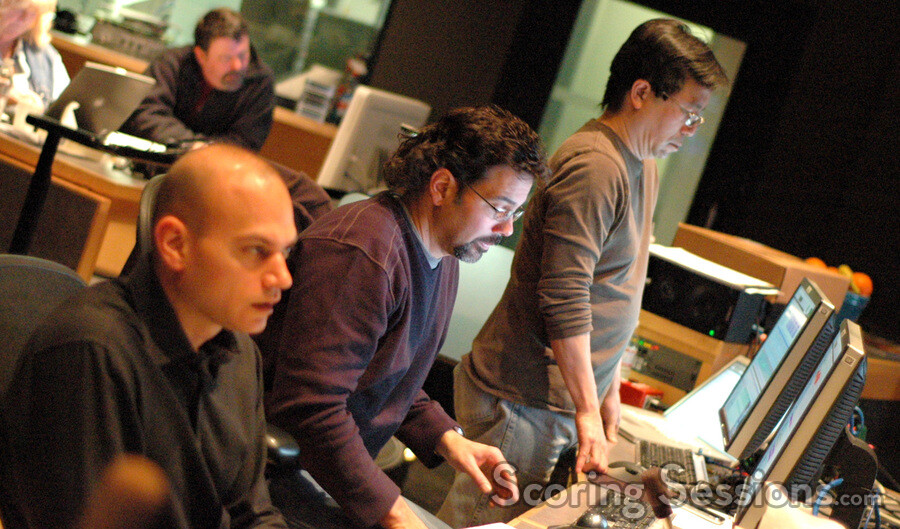 Fast & Furious will zoom into theaters on April 3, 2009 from Universal Pictures.