This past November, "How I Met Your Mother" series composer John Swihart was at the Eastwest Scoring Stage to record a special musical number that appears in the finale of tonight’s 100th Episode event of the show. The song, "Nothing Suits Me Like a Suit", was written by series creators Carter Bays and Craig Thomas, and was arranged by Swihart.

Contracted by violinist and concertmaster Mark Robertson, a string and woodwind ensemble first recorded their parts, followed by a brass section later in the afternoon. This was followed by a six-person choir, and then finally actor Neil Patrick Harris arrived to sing the lead vocal. All were conducted by Swihart. Earlier, percussion pre-lays performed by Ted Atkatz were recorded at Swihart’s studio. 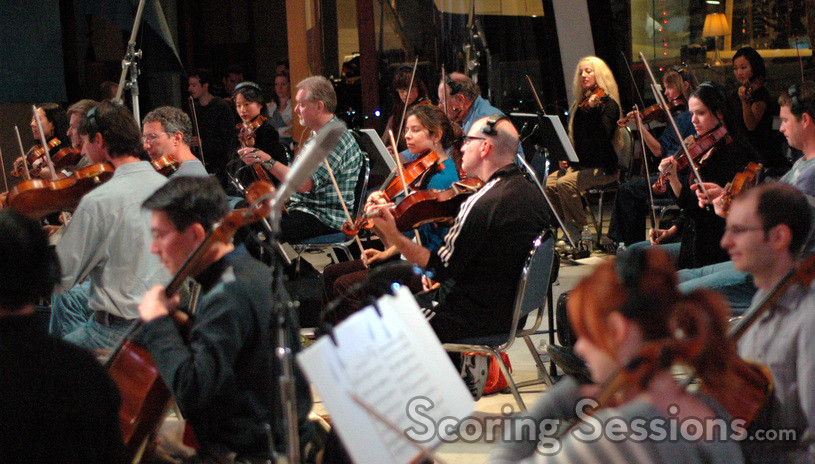 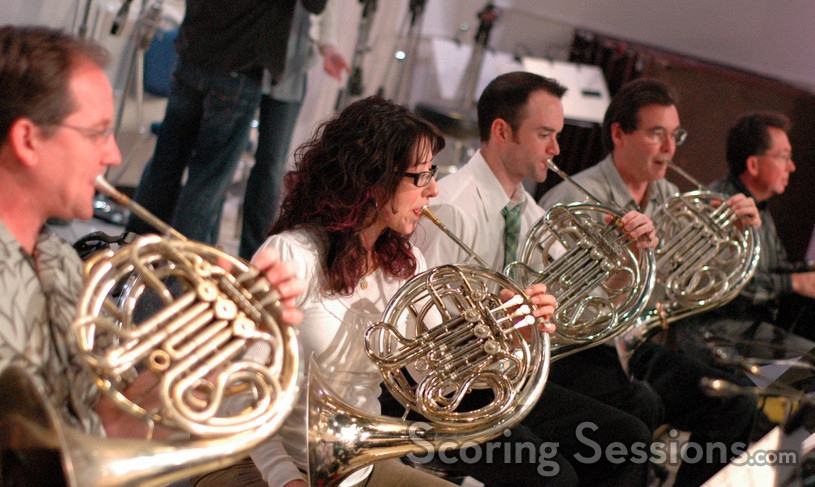 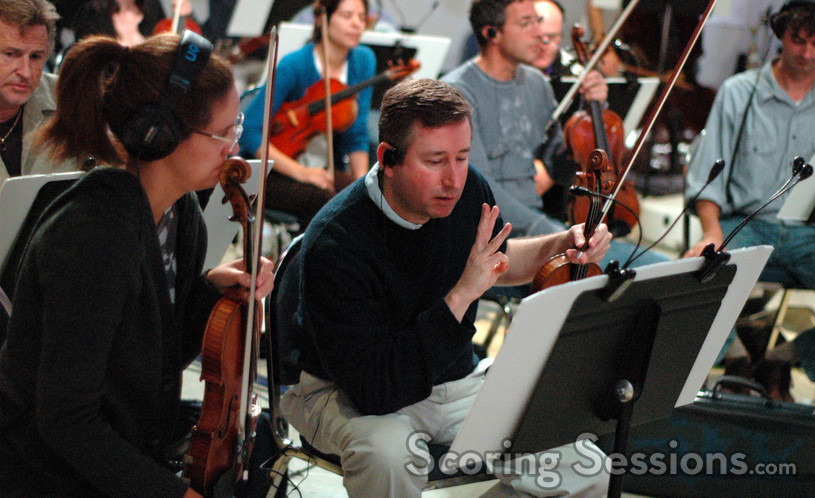 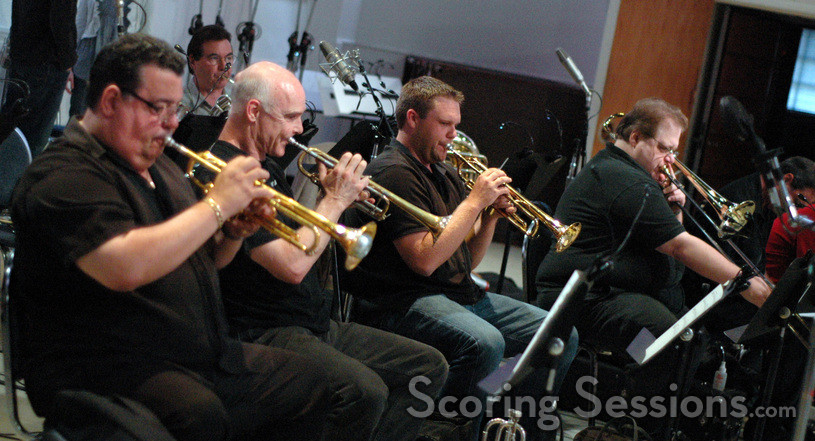 The brass perform on "Nothing Suits Me Like a Suit" 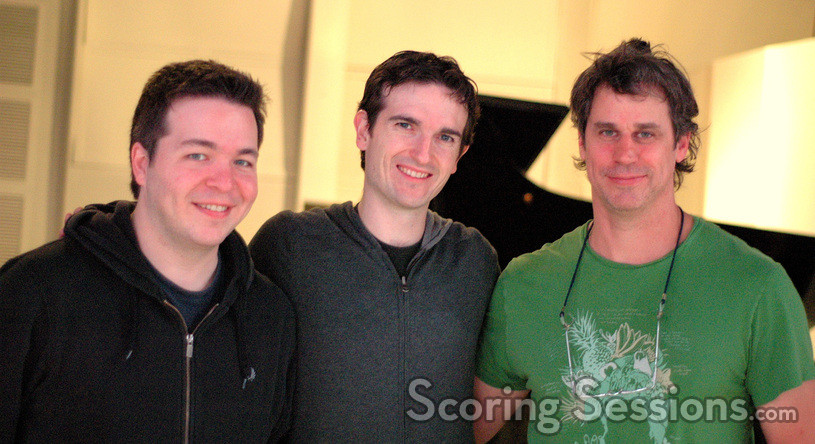 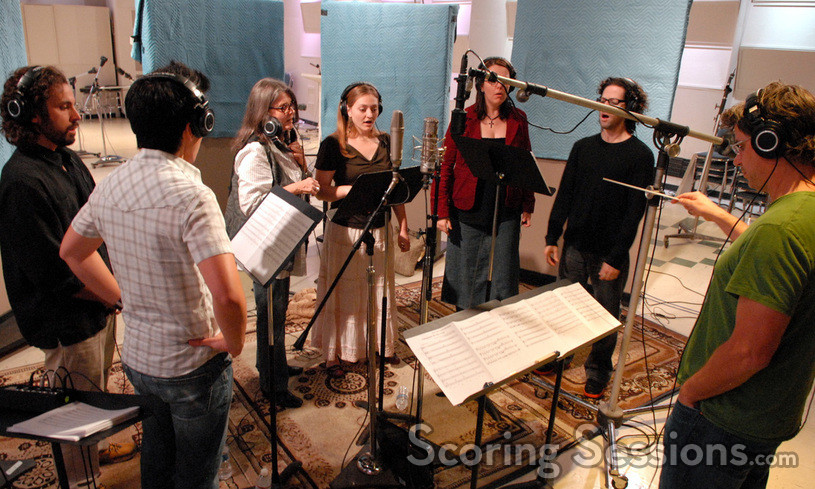 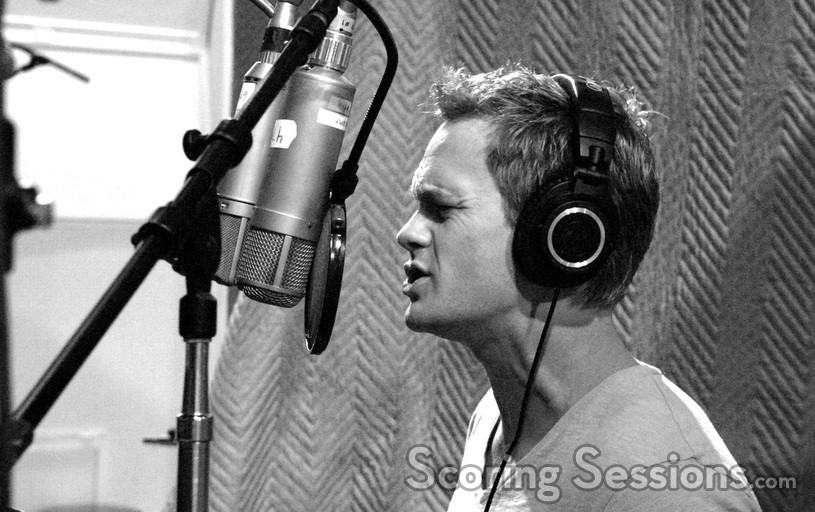 In the booth, Ted Blaisdell handled the scoring mixing, while orchestrator Hyesu Yang and scoring assistants Brian Kim and Mike Kramer also lent feedback. When it was all mixed, Bays and Thomas took the final mix to the set, where they filmed the large musical number on the New York backlot set at Fox Studios later in the week. 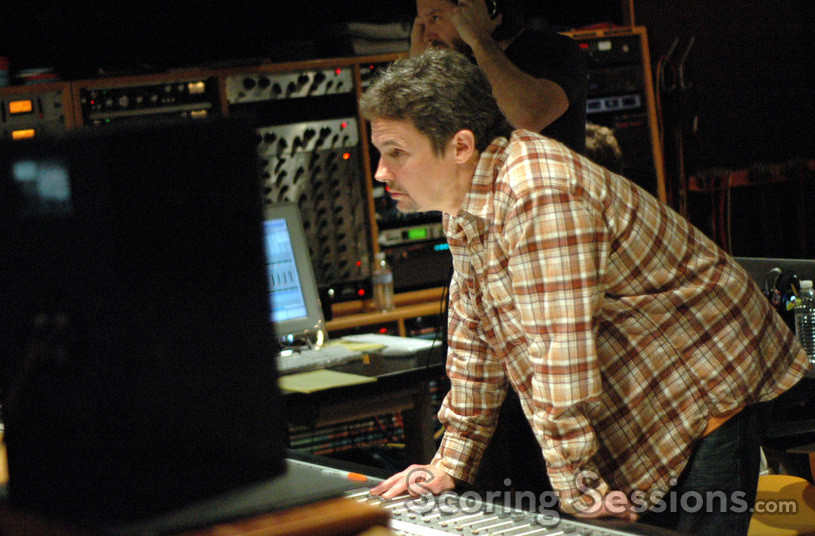 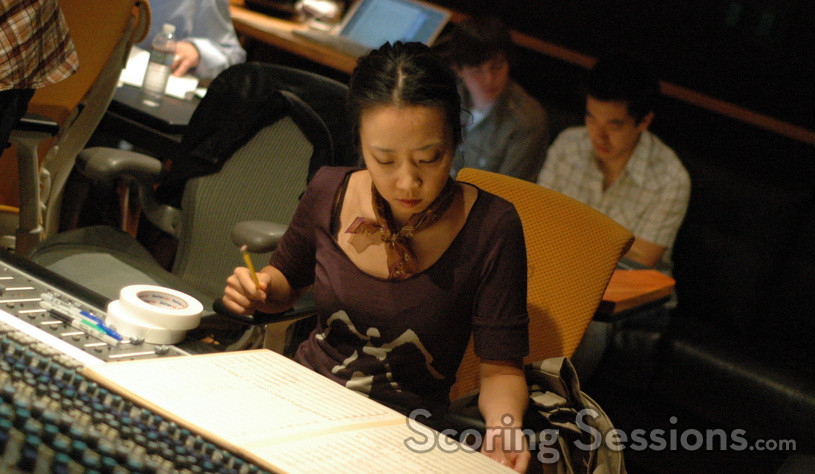 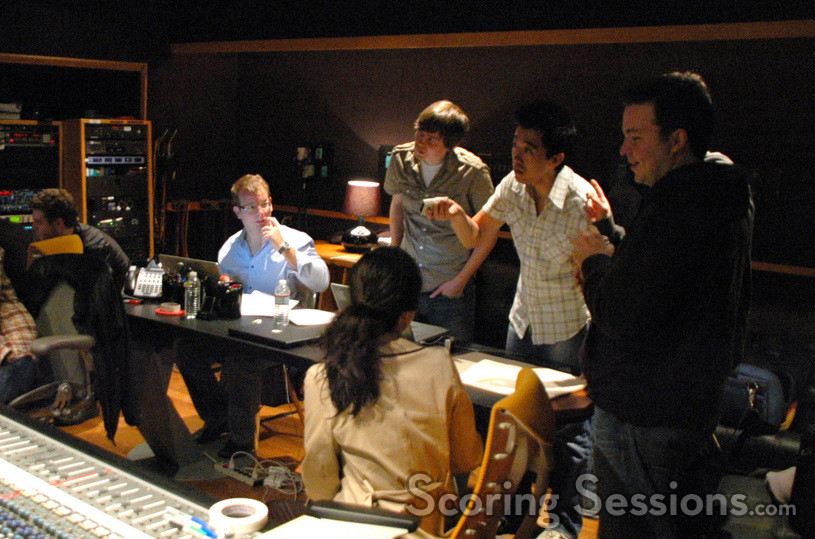 The elaborate musical number was realized by "Glee" choreographer Zachary Woodlee, and involves "Barney" (Harris) magically transforming pedestrians into suit-wearing dancers as he walks down the street. The rest of the "How I Met Your Mother" cast also gets into the act towards the end of the number. 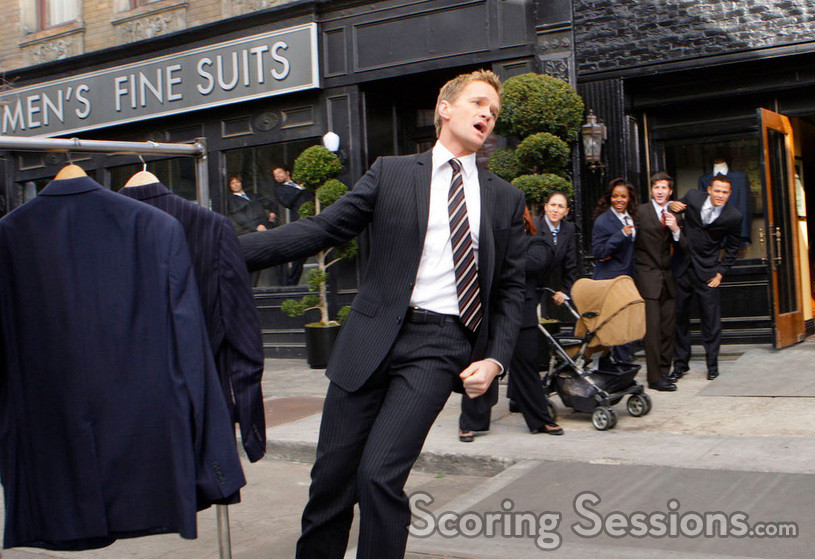 A quick video look at the event has been posted on YouTube, courtesy of CBS: 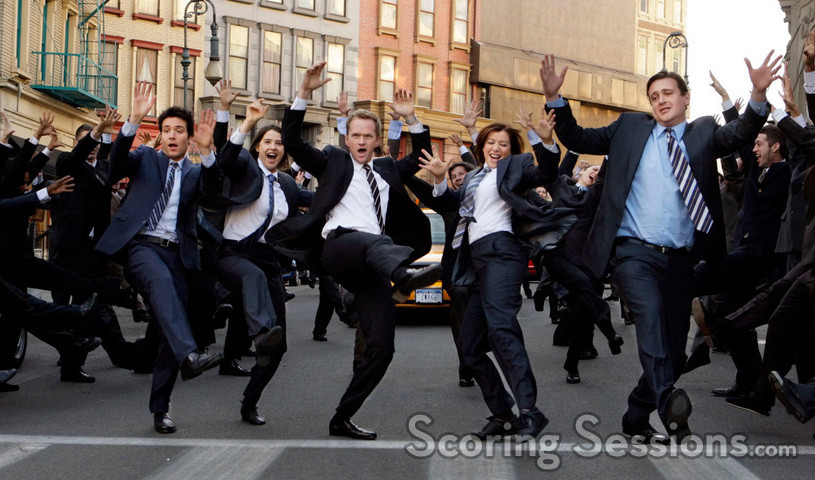 The 100th episode of "How I Met Your Mother" airs tonight at 8pm on CBS.