Last year, composer Jamie Christopherson was at the Newman Scoring Stage at 20th Century Fox to record the orchestral portion of his score to the new video game, Lost Planet 2.

Taking advantage of the large 95-piece ensemble of the Hollywood Studio Symphony, Christopherson’s music – which he conducted – contains a lot of big action, and he was pushing the musicians hard and fast through the cues. 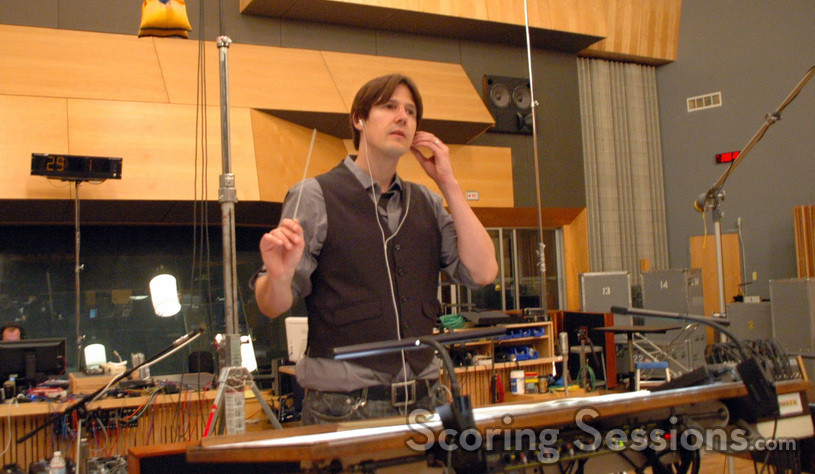 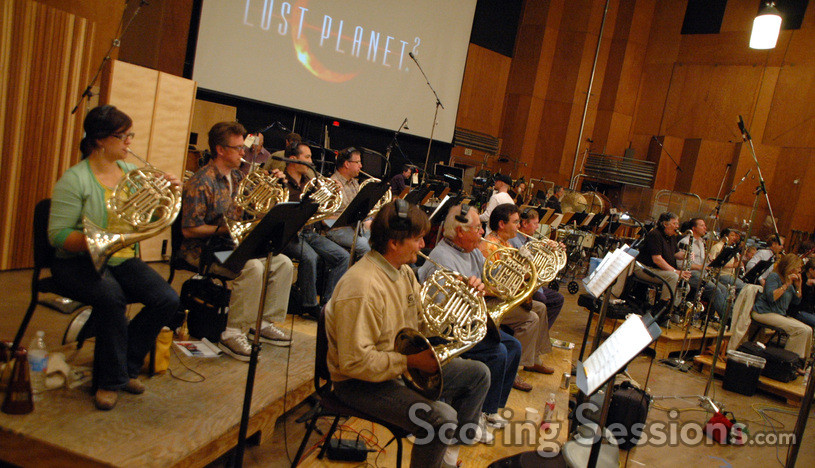 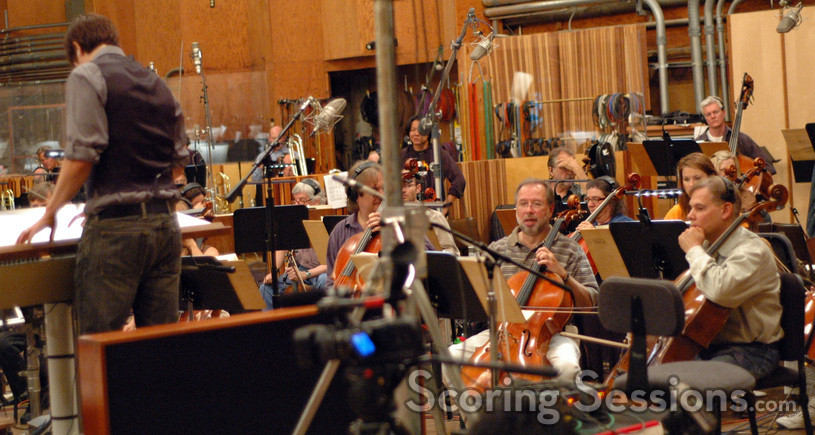 Steve Erdody and the cello section

In the booth, veteran scoring mixer Shawn Murphy handled the recording/mixing duties, while orchestrators Tim Davies and Mark Buys provided feedback to Christopherson on the stage. Also in the booth to lend a hand were ProTools recordist Erik Swanson and synth programmer Chris Lane. 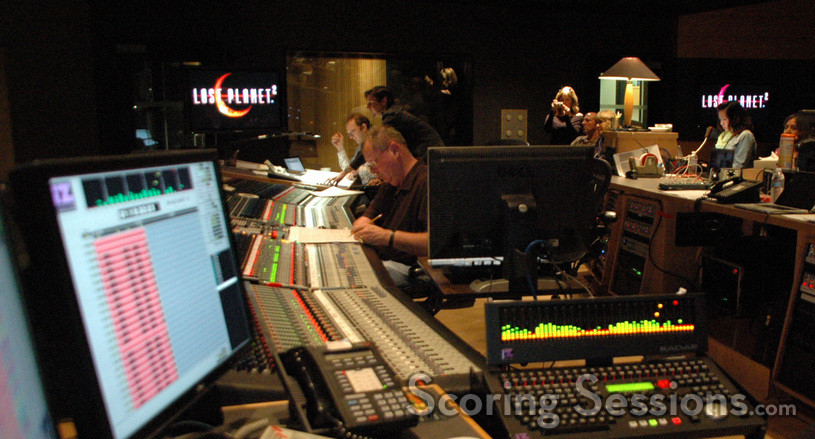 Scoring mixer Shawn Murphy and the control room at Fox 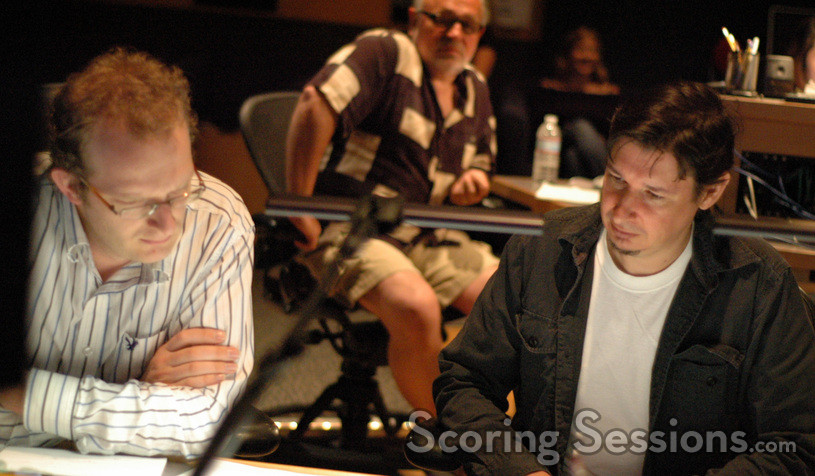 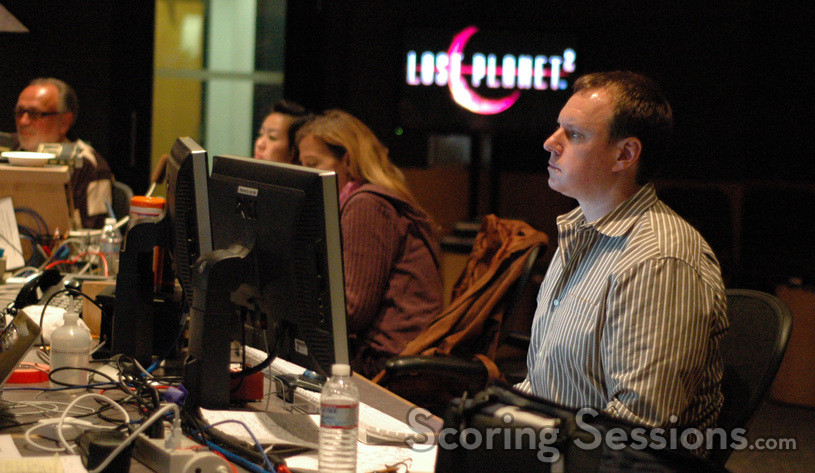 In all, 30 minutes of orchestral music were recorded, with 70 minutes of original music written by Christopherson for the game. Additionally, composer Marika Suzuki (who also provided additional music for the game) and sound director Tomoya Kishi were remotely listening to the session via Source Connect in Japa, to provide additional feedback.