Earlier this spring, composer John Debney was at the Newman Scoring Stage at Fox Studios to record his score to the newest addition to the classic sci-fi saga, Predators. Produced by Robert Rodriguez and directed by Nimród Antal, the film was released earlier this summer, and we’re pleased to bring our readers photos from the scoring session. 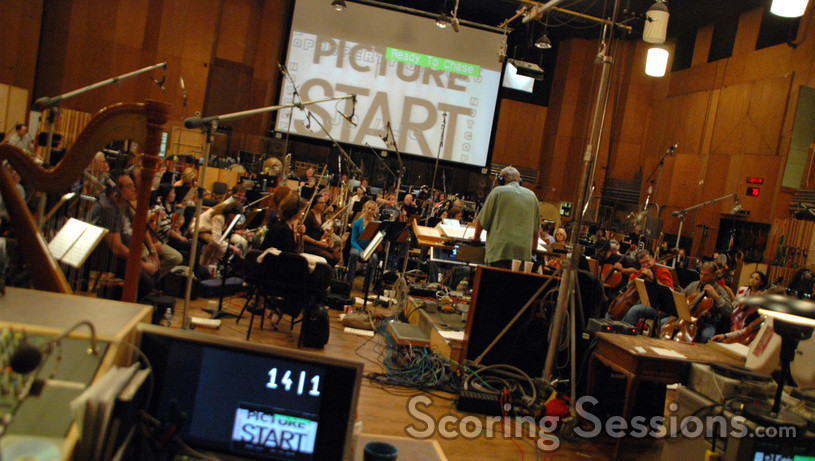 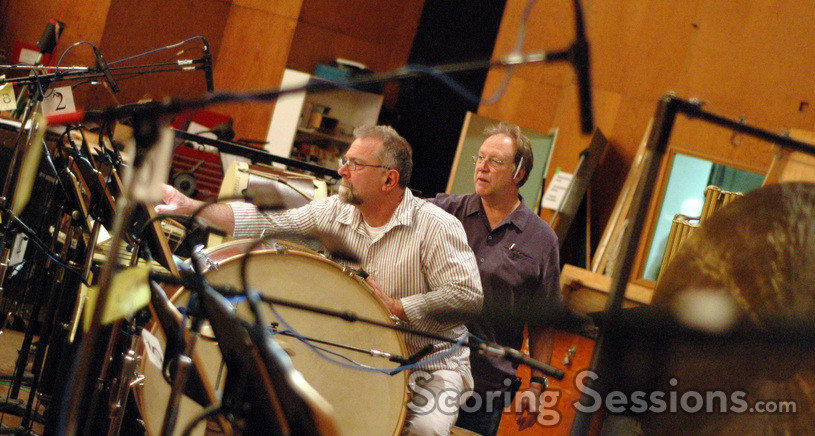 In the booth, Debney sat with scoring mixer Shawn Murphy to ensure that the performances were spot-on, and music editor Jeff Carson, along with music score coordinator Lola Debney would give feedback. 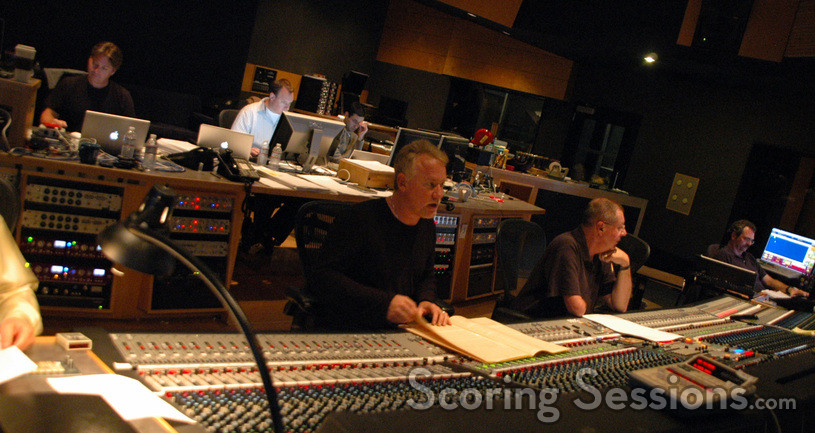 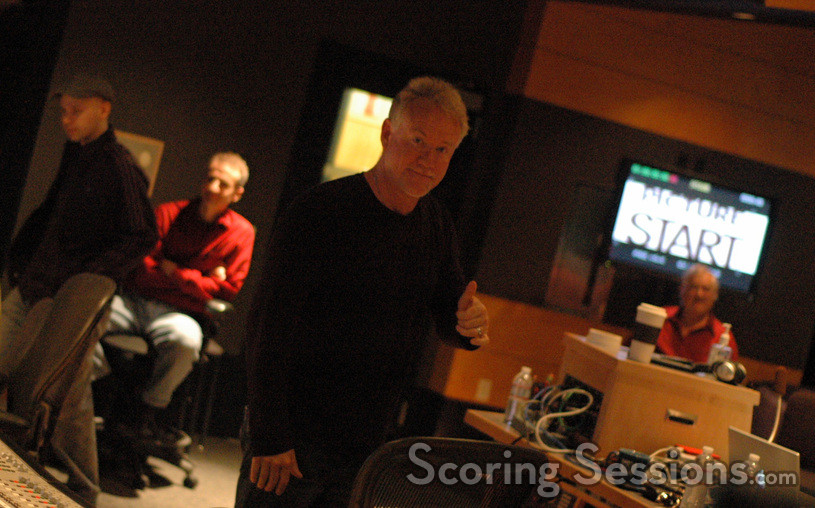 Composer John Debney gives the thumbs-up on a cue

Predators was released in theaters on July 9, 2010, and a soundtrack album featuring Debney’s score was released by La-La Land Records on July 27th.