Last year, composer Andrew Lockington recorded his score for Percy Jackson: Sea of Monsters, the sequel to the hit 2010 film, Percy Jackson & The Olympians: The Lightning Thief. Directed by Thor Freudenthal, the music for the film was recorded at Fox’s Newman Scoring Stage, the film opened on August 7, 2013, and grossed over $200 million worldwide. Now, ScoringSessions.com is excited to bring our readers the exclusive photos from the sessions! 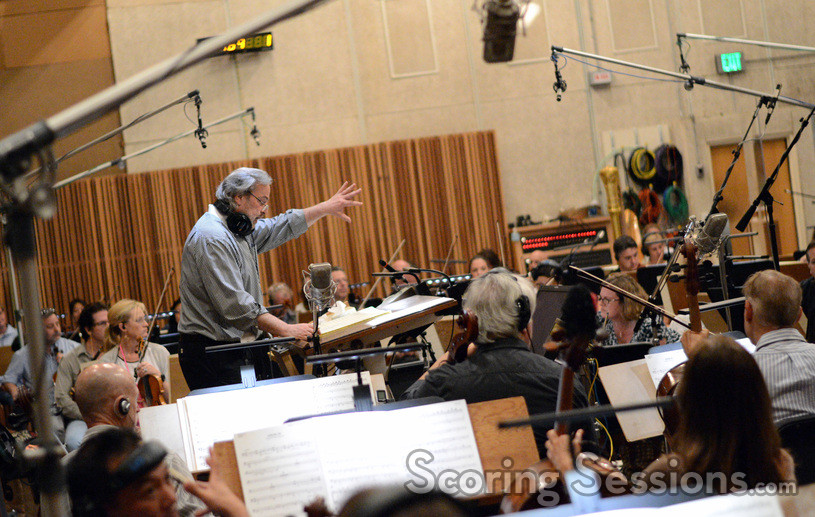 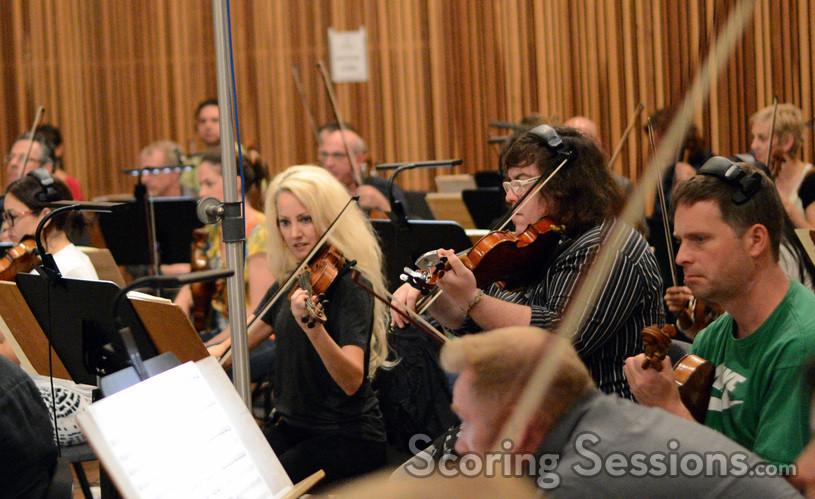 The violins warm up 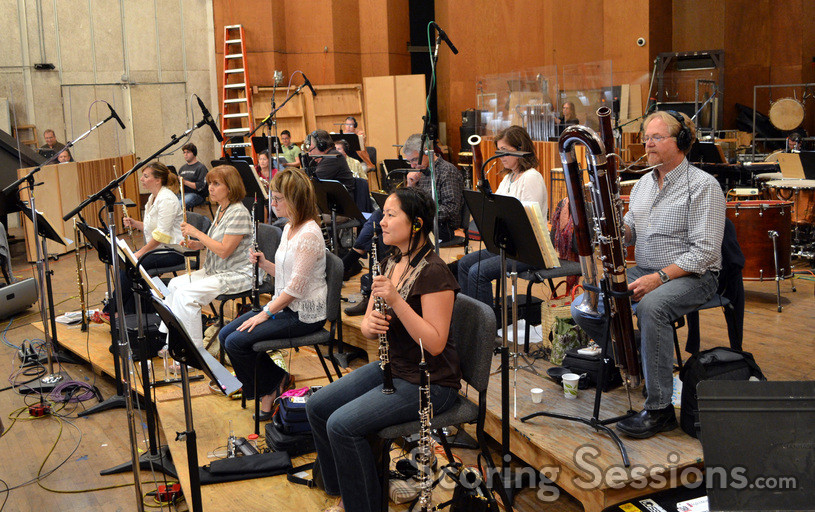 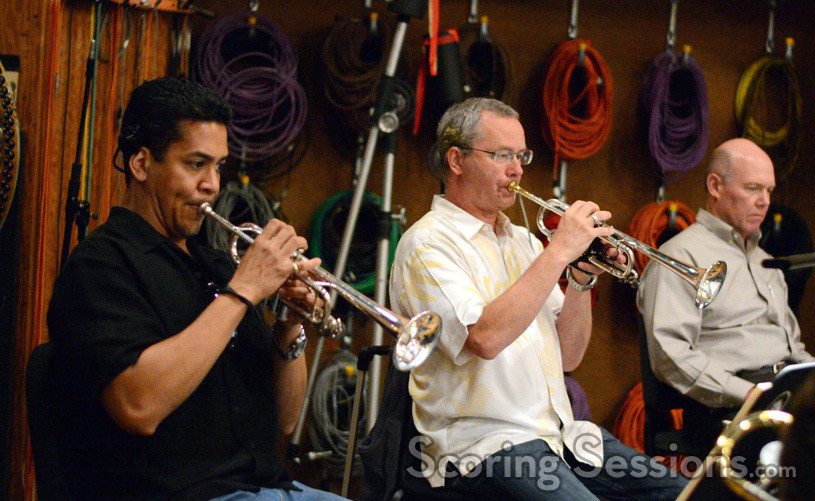 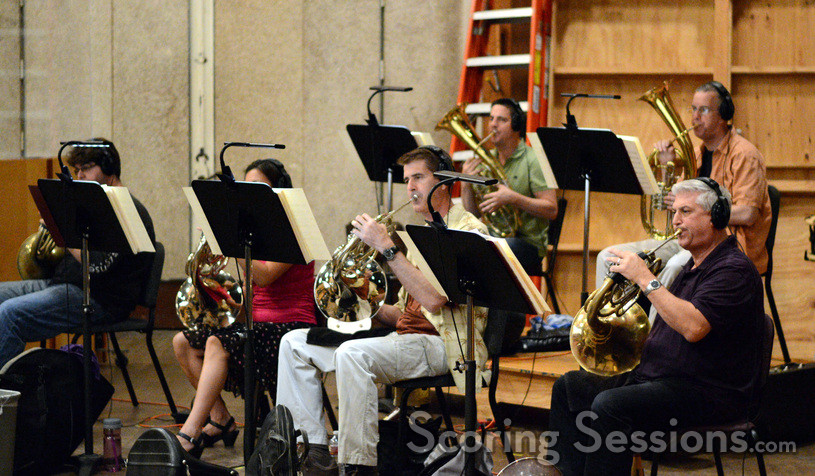 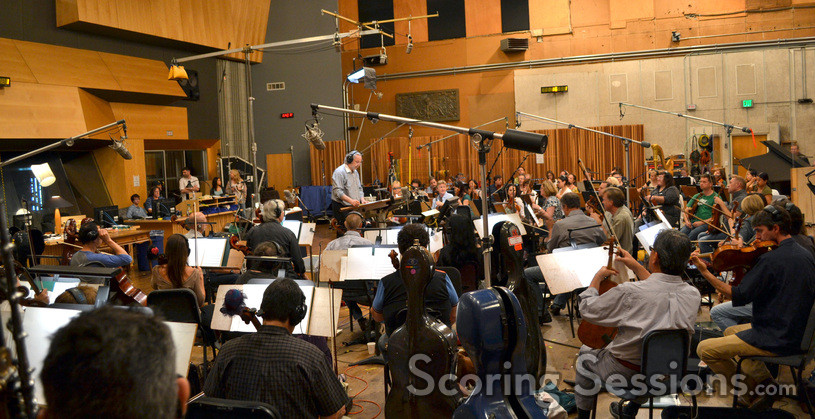 Composer Andrew Lockingtown was in the booth giving feedback to Dodd, as was assisted by scoring mixer Brad Haehnel and technical assistant Neil Parfitt. Also on hand to give notes and comments were music editor Will Kaplan, and music supervisor Julia Michels. 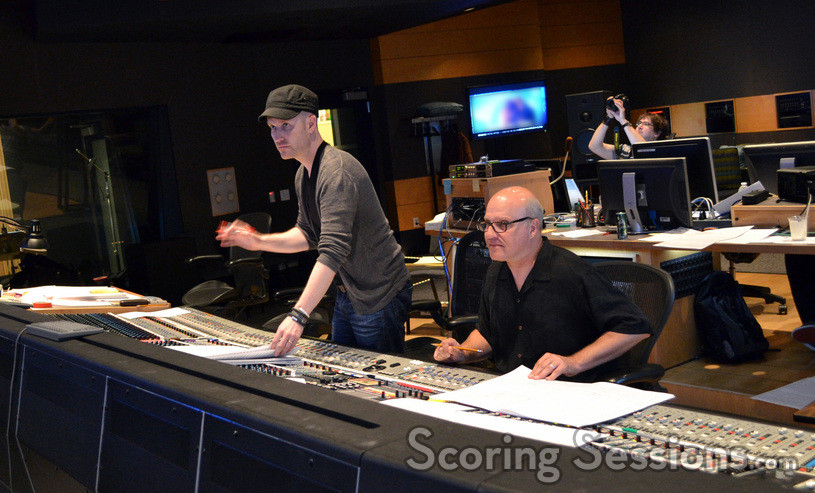 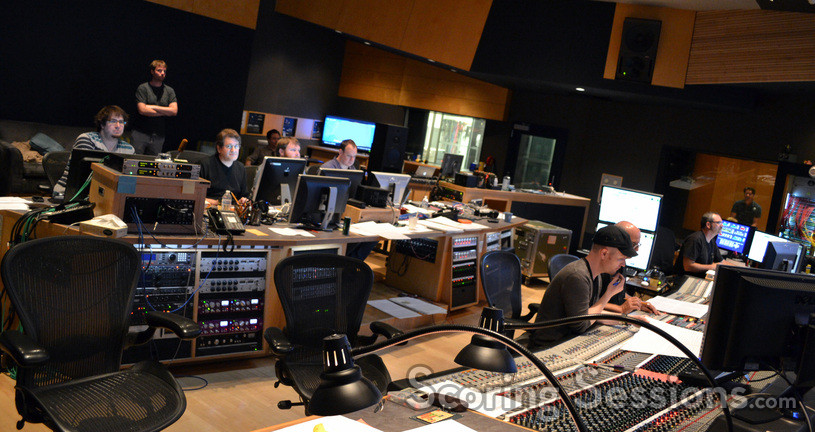 The booth at Fox