Earlier this spring, Oscar-nominated composer Alexandre Desplat was at the Sony Scoring Stage to the record his score for the highly anticipated summer film, Godzilla. Directed by Gareth Edwards (Monsters), the Warner Bros./Legendary Pictures film opens today, and ScoringSessions.com is delighted to bring our readers exclusive photos from the scoring sessions!

Conducted by composer Alexandre Desplat, Godzilla was recorded with a monstrous 108-piece ensemble of the Hollywood Studio Symphony packed into the Sony Scoring Stage. (It was so large that the percussion had to be recorded separately!) 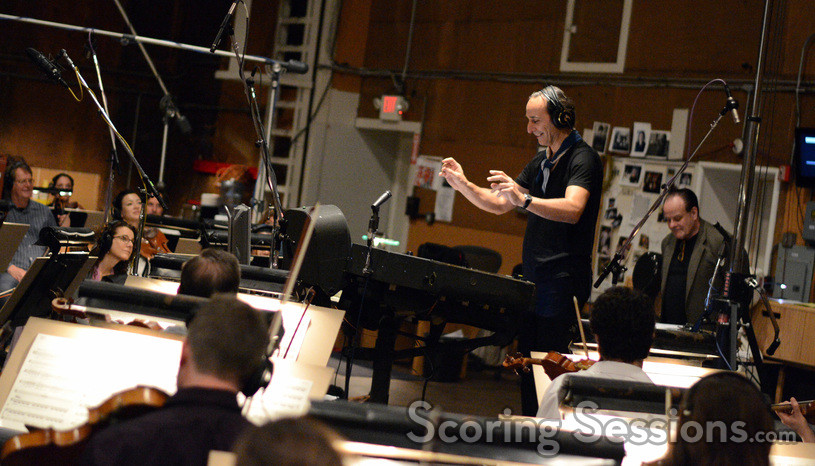 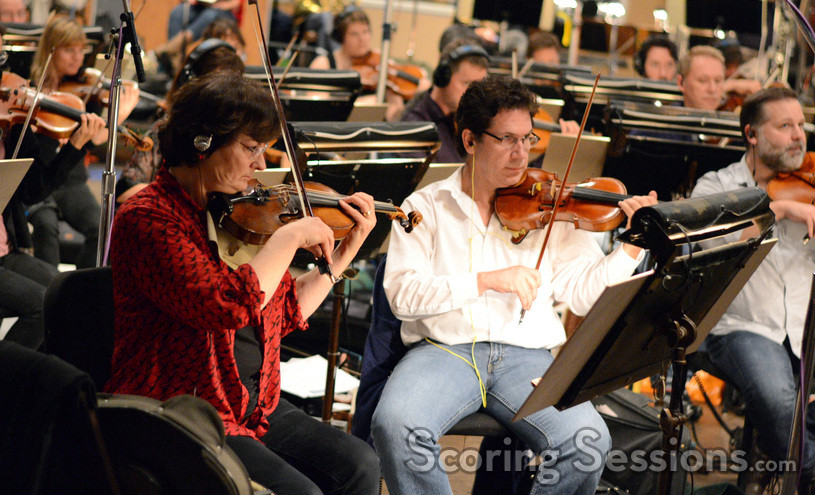 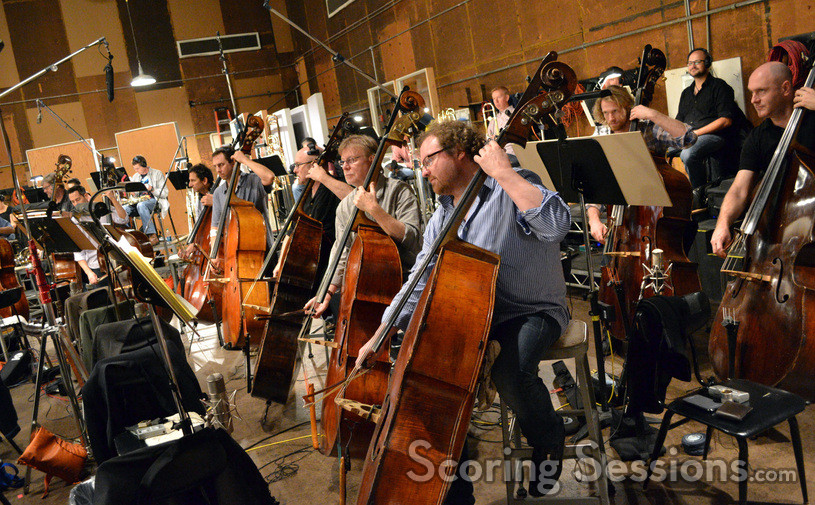 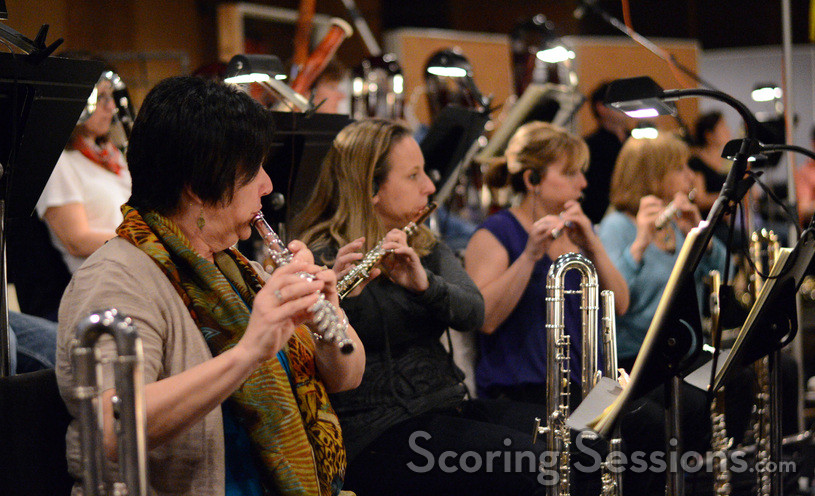 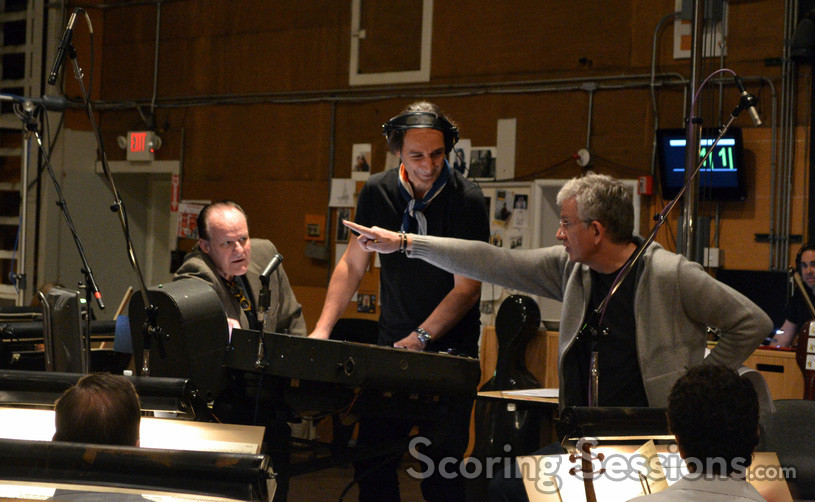 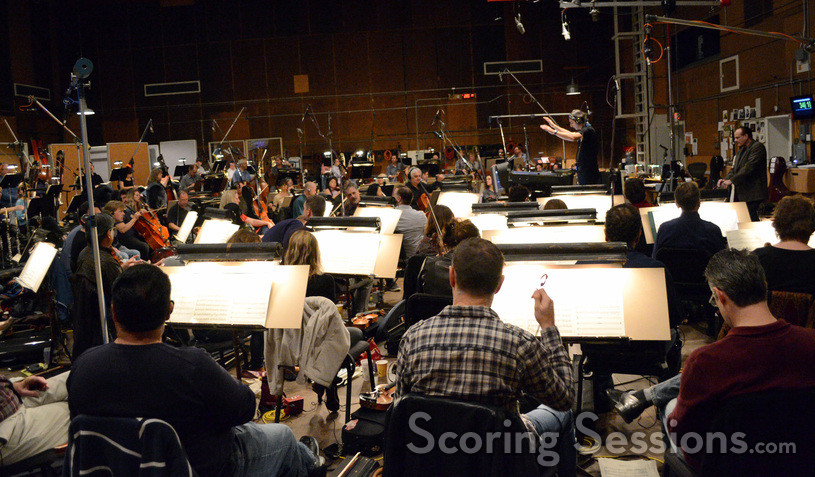 In addition to the massive orchestral component to the score, an 80-person choir was employed to heighten the music.

The choir performs on Godzilla

In the booth, score producer Solré Lemonnier and orchestrator Conrad Pope would give feedback to Desplat out on the podium. Score recording has handled by Brad Haehnel, as scoring mixer Dennis Sands was up at the Eastwood Scoring Stage at Warner Bros., mixing the previous day’s recordings. Also in the booth were music librarian Mark Graham, supervising music editor Ken Karman and ProTools recordist Erik Swanson. Director Gareth Edwards, who was in the heat of post-production, would pop by the session to hear music and give notes. 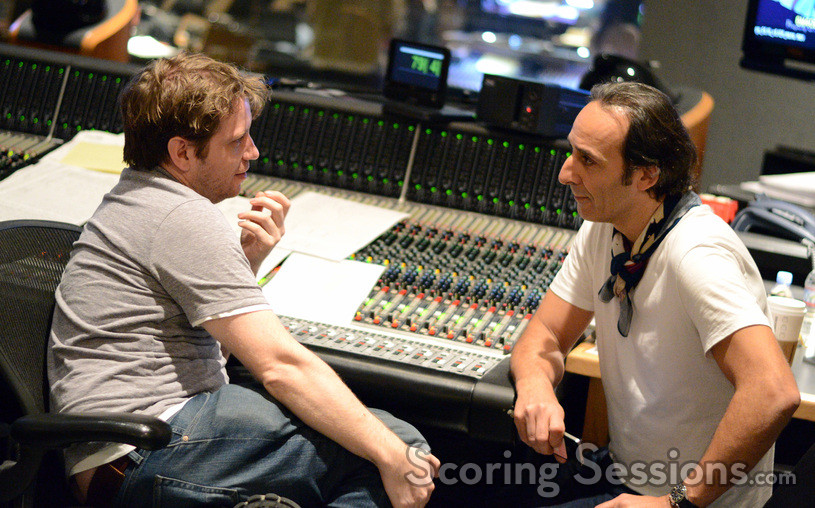 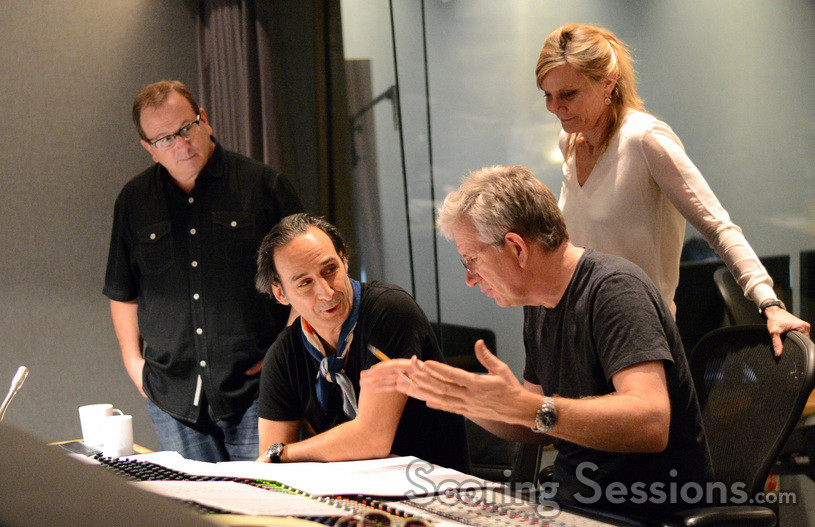 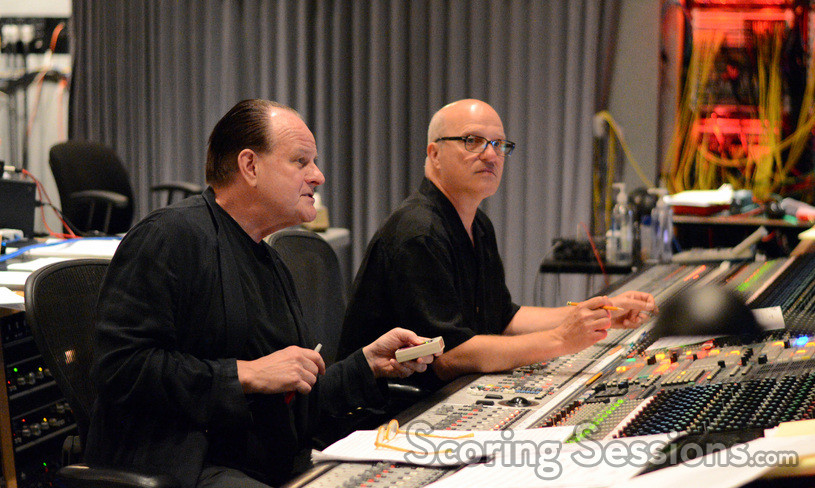 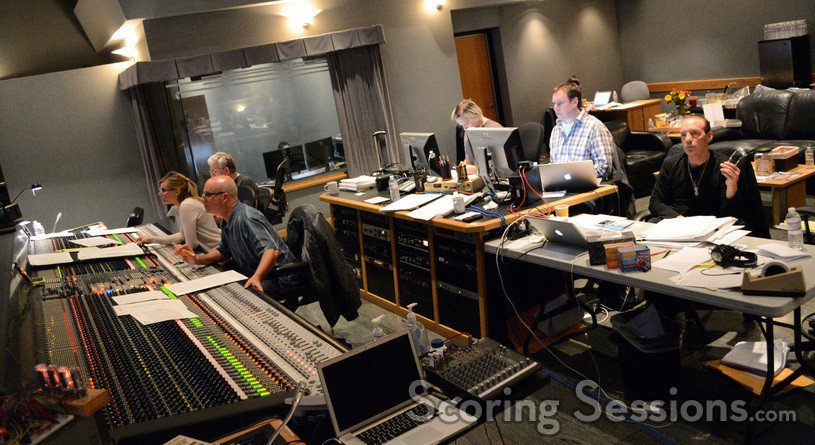 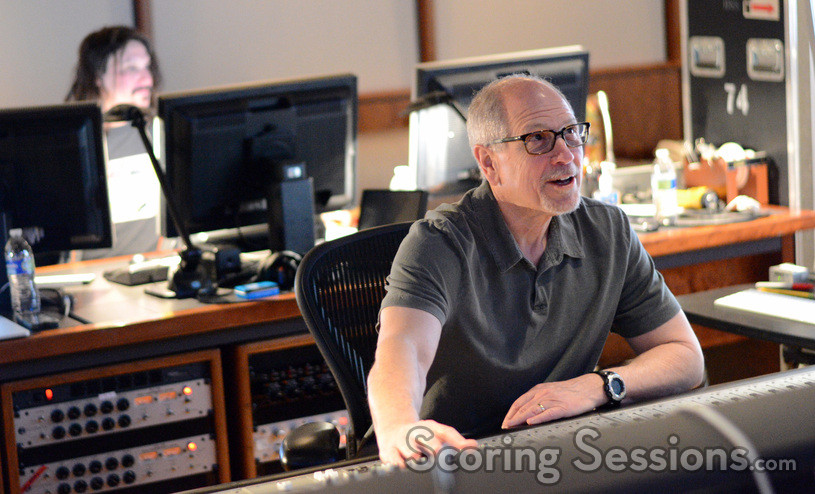 A soundtrack album featuring Desplat’s score to Godzilla is available from WaterTower Music, and can be purchased on Amazon and iTunes.