Joel McNeely scores A Million Ways to Die In the West

This past April, composer Joel McNeely was at the MGM Scoring Stage at Sony to the record his score for Seth MacFarlane’s western comedy, A Million Ways to Die In the West. The film, which opened last weekend, marks the third time McNeely and MacFarlane have collaborated, following their work on American Dad and Seth’s Grammy-nominated solo album, Music Is Better Than Words. ScoringSessions.com is excited to bring our readers exclusive photos from the scoring sessions!

Conducted by Joel McNeely, A Million Ways to Die In the West was recorded with a 98-piece ensemble of the Hollywood Studio Symphony at the MGM Scoring Stage at Sony Pictures Studios. The music is a classical big-screen western score, hearkening back to the glory days of cinematic western scores ala Elmer Bernstein, Jerome Moross and Alfred Newman. 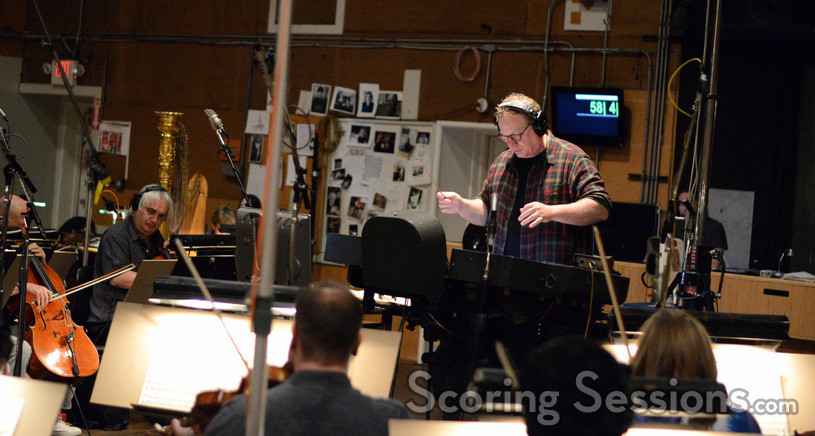 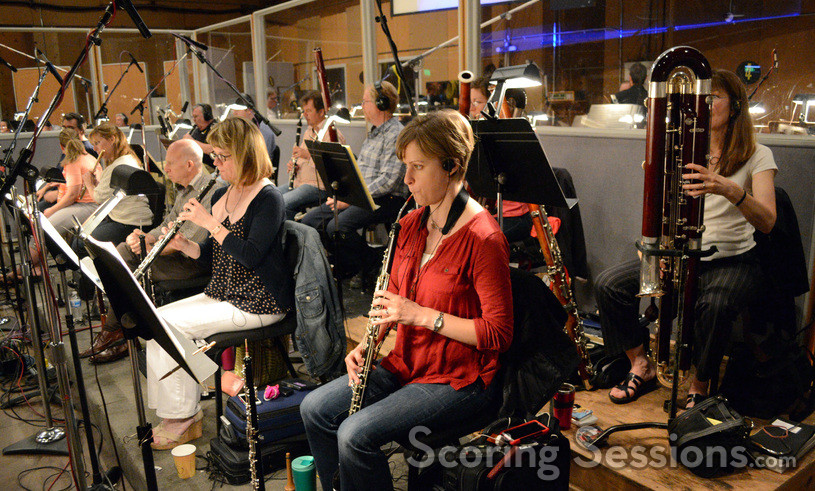 Principle oboist David Weiss, pictured above with the rest of the woodwind section, suddenly passed away two weeks ago. A Million Ways to Die was one of the last films he performed on, and composer Joel McNeely was blessed to have Weiss featured on many solos in the score. 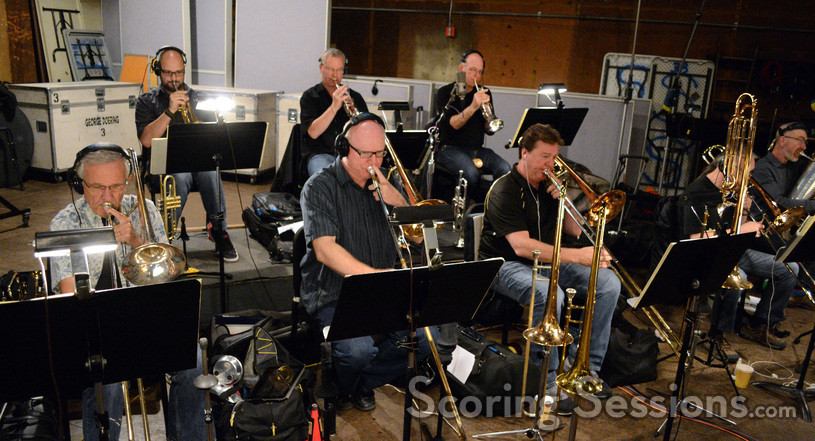 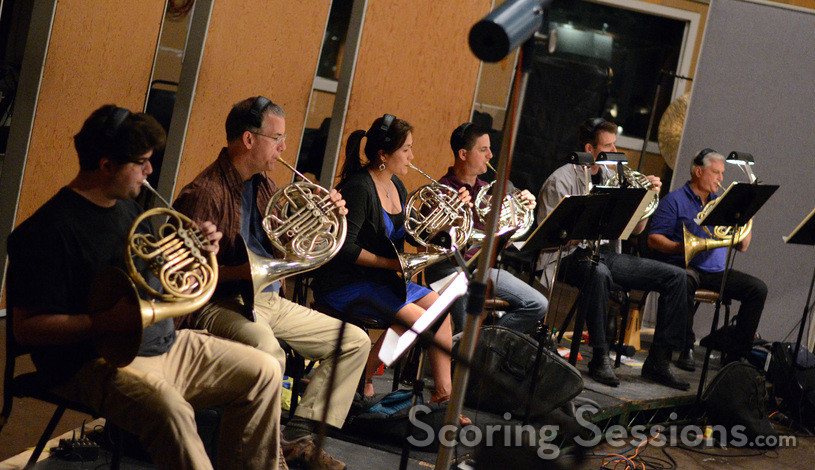 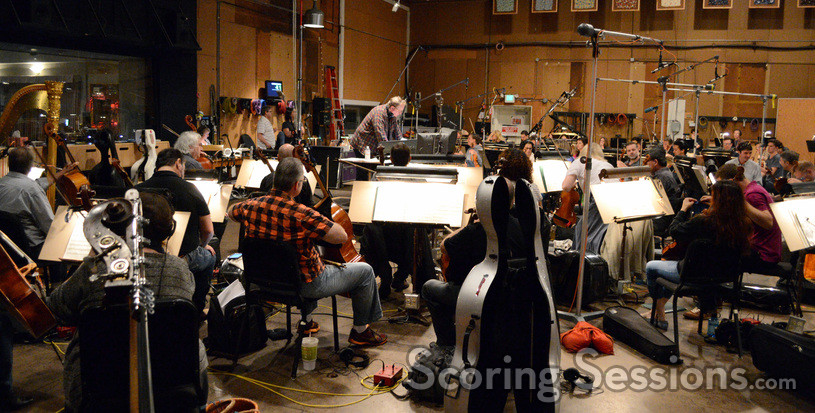 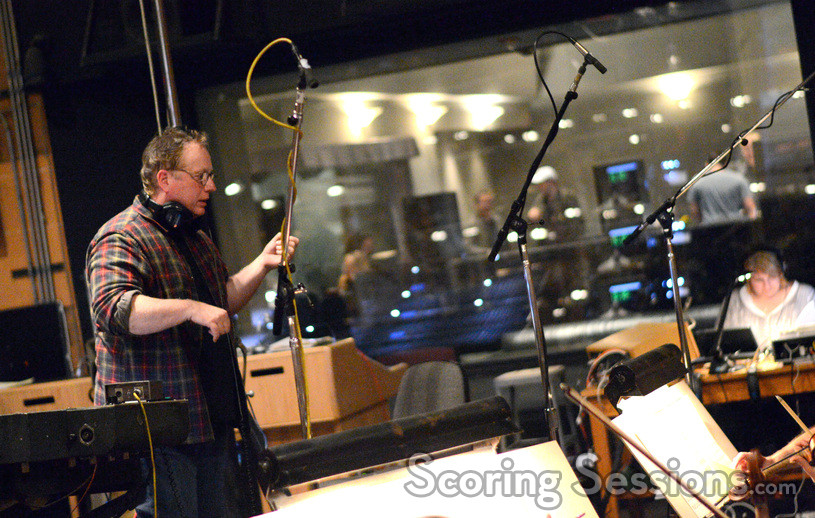 Composer and conductor Joel McNeely talks to the violins 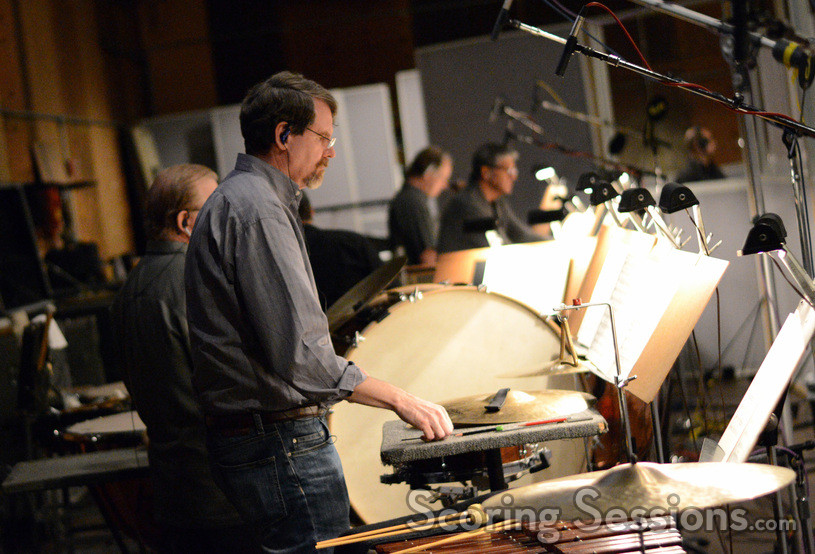 Percussionist Greg Goodall with the rest of the percussion team

In the booth, McNeely’s wife Margaret Batjer handled the booth reading duties, while scoring mixer Richard Breen ensured that the orchestra sounded spectacular. Director Seth MacFarlane, quite the film music aficionado, was hands on with feedback to Joel and the orchestra. Also present in the booth to lend assistance were music editor Chuck Martin, orchestrator Dave Slonaker, and music librarian Mark Graham. 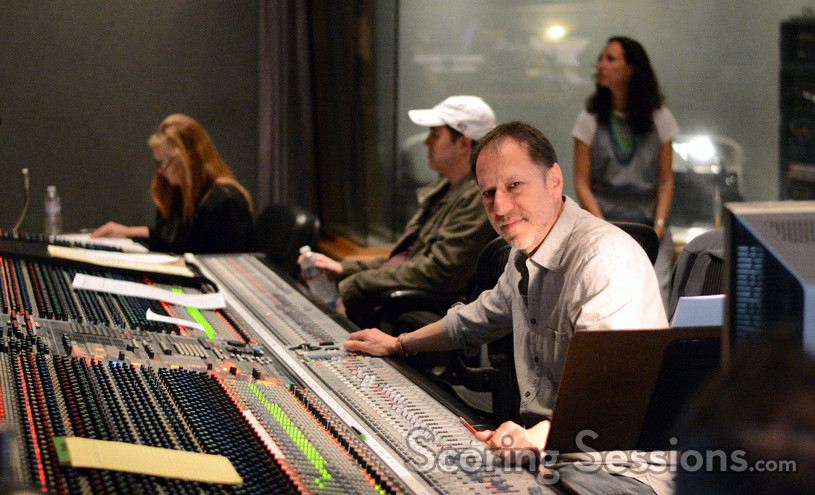 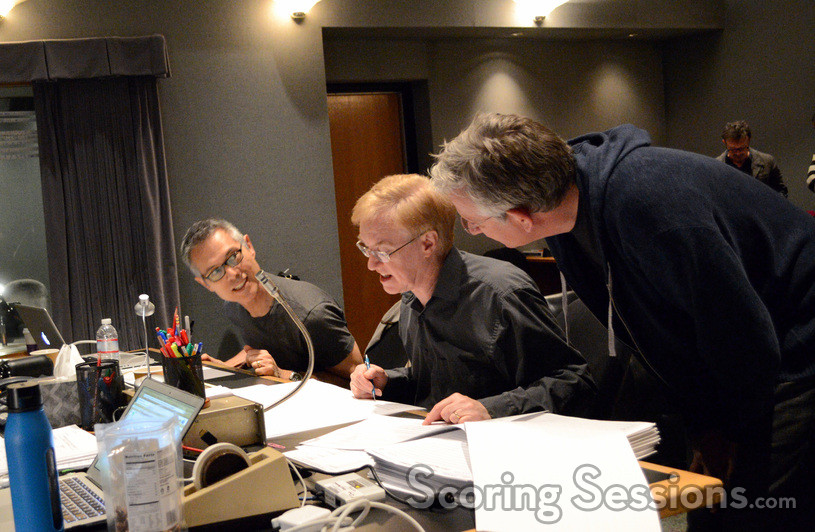