Michael Giacchino scores Dawn of the Planet of the Apes

This past spring, Oscar-winning composer Michael Giacchino was at the Newman Scoring Stage at 20th Century Fox to the record his score for the highly anticipated sequel, Dawn of the Planet of the Apes. The film marks the third time Giacchino has worked with director Matt Reeves, and opens in theaters today. ScoringSessions.com is thrilled to bring our readers photos from the scoring sessions!

Conducted by Giacchino’s long-time orchestrator Tim Simonec, Dawn of the Planet of the Apes was recorded with an 89-piece ensemble of the Hollywood Studio Symphony, as well as a 70-person choir. The music is evocative of Giacchino’s music from "Lost" but larger and grander, while hinting at the otherworldiness of the Goldsmith scores from the original film series. 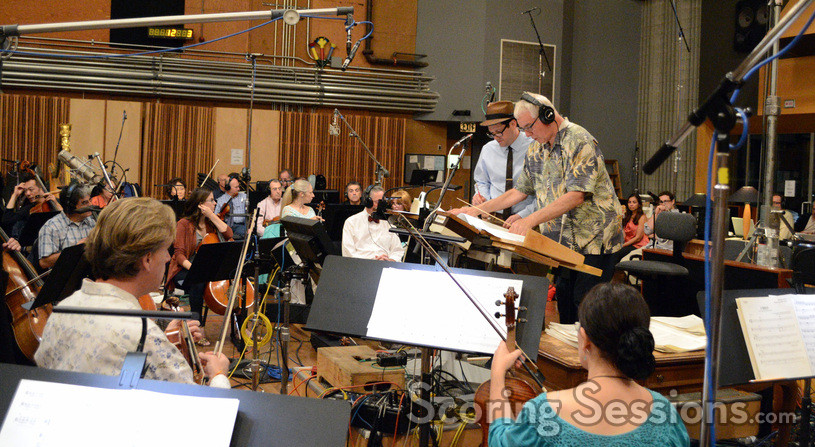 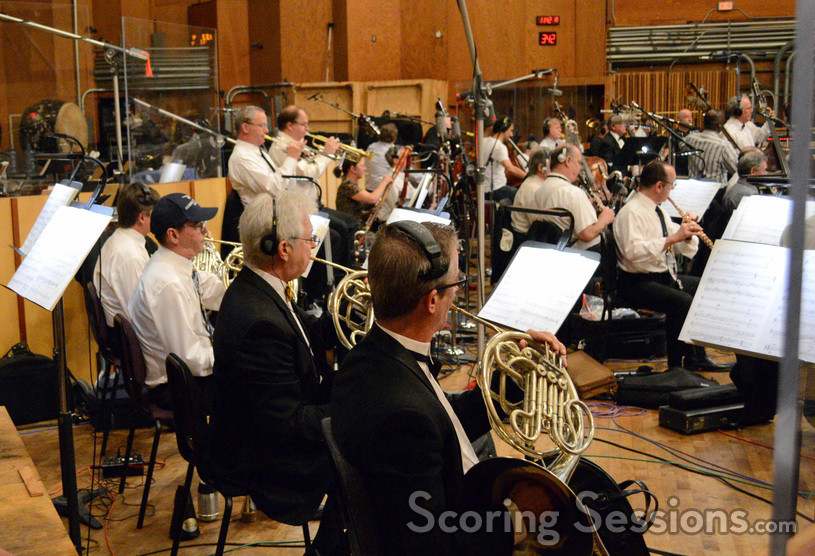 The brass, woodwinds, and basses 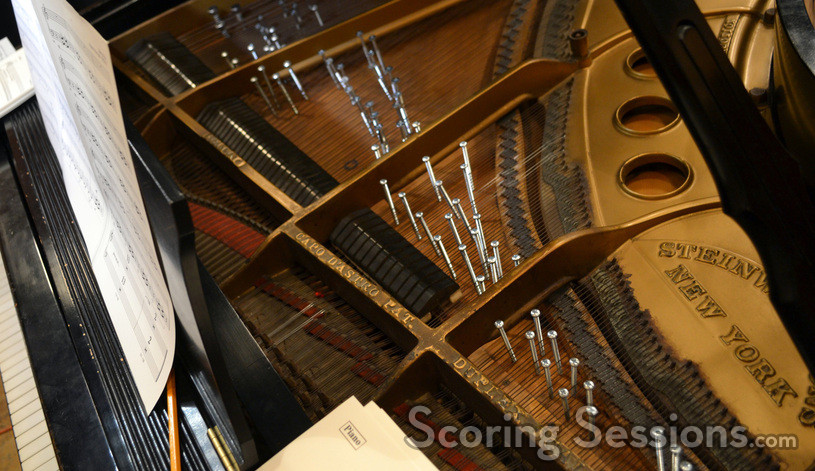 The piano has been prepared with screws 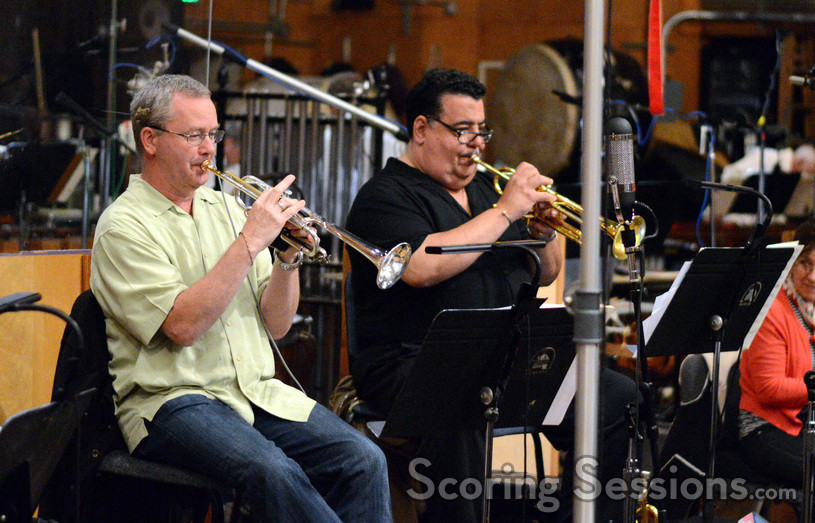 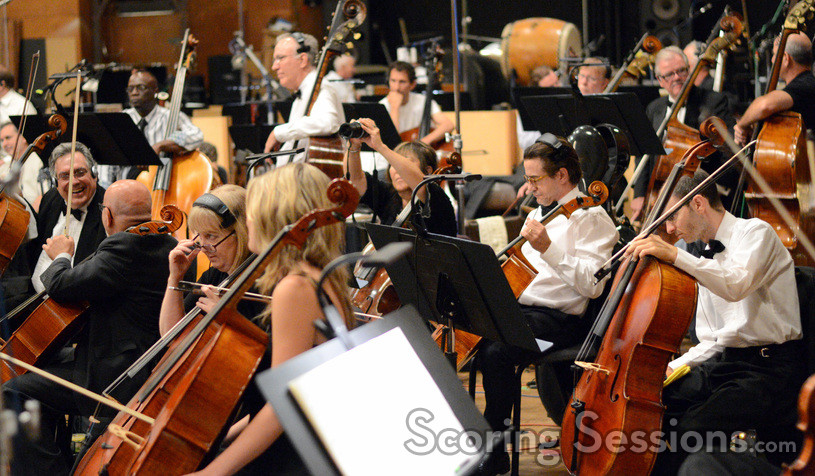 As expected, the music employs a large percussion section (eight players), including the legendary Emil Richards, who has performed on every Planet of the Apes movie. 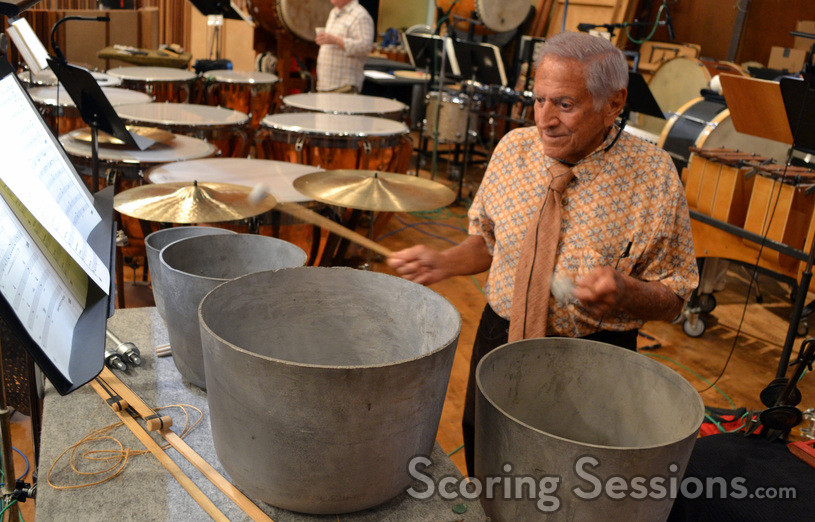 Percussionist Emil Richards, who has performed on every Planet of the Apes score since the 1960s! 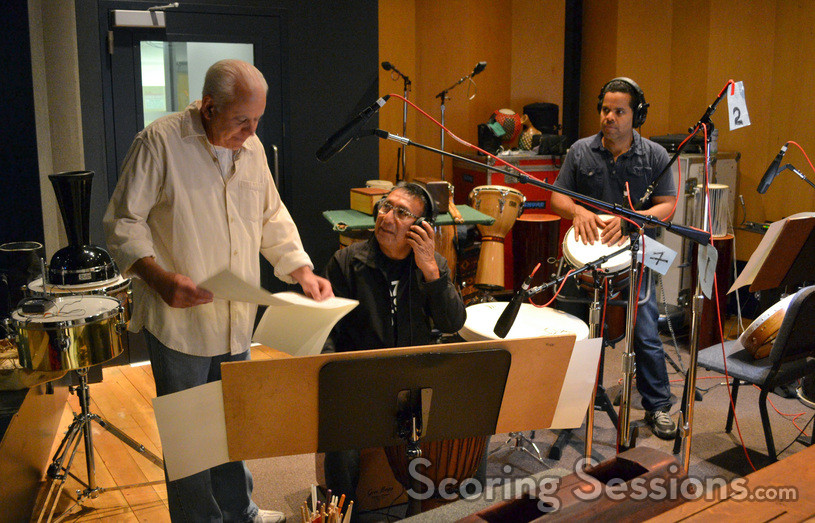 Director Matt Reeves was at every session, and very hands on with Giacchino, giving feedback and even playing percussion on a few cues. For his part, Giacchino kept the session super-classy: the first day he had the musicians dress up in 1940s attire (shirts and ties), and on the last day, he asked them to show up in formal attire (black ties, tuxedos and gowns)! 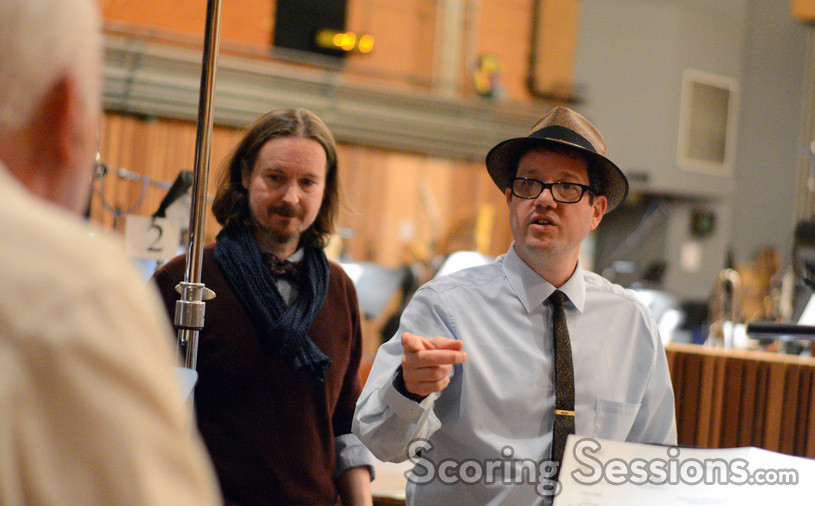 Check out this video of Giacchino and Reeves playing percussion on a cue, courtesy of Michael’s sister, Maria! 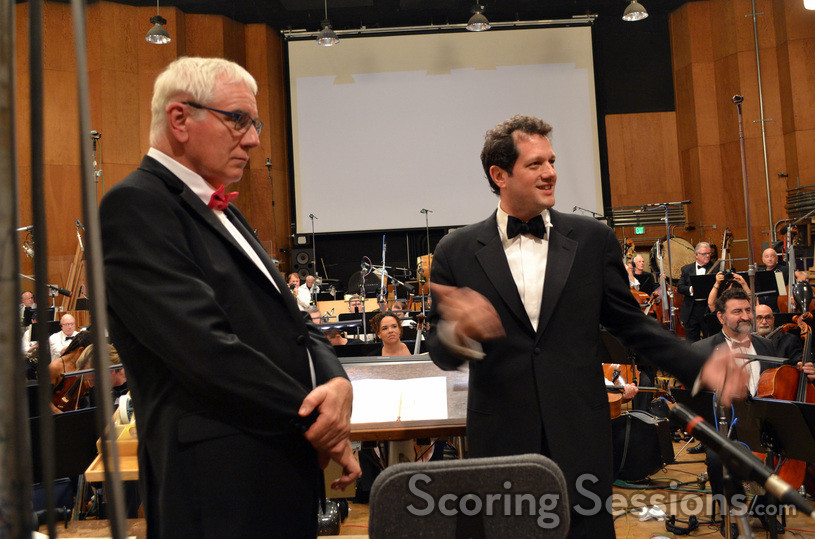 The score was a family affair, with Giacchino’s youngest son Griffith composing a small cue (“Ain’t That a Stinger”) which Giacchino conducted and Griffith performed percussion on. 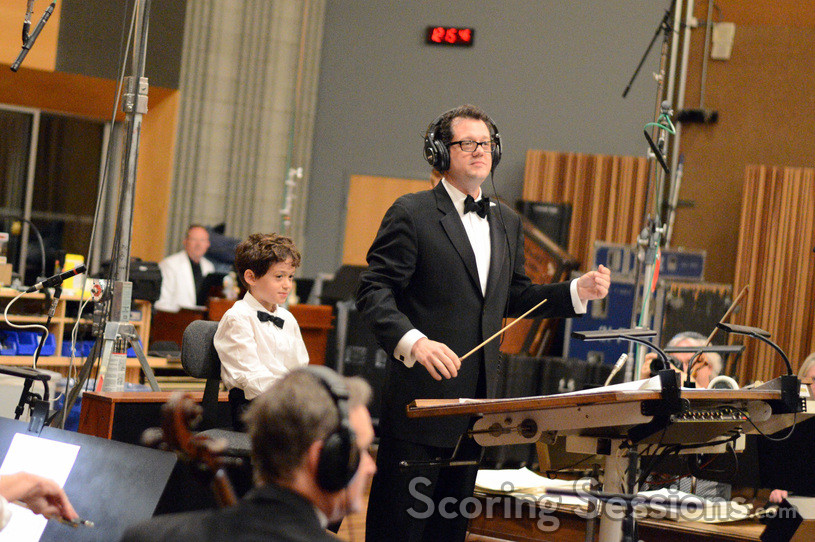 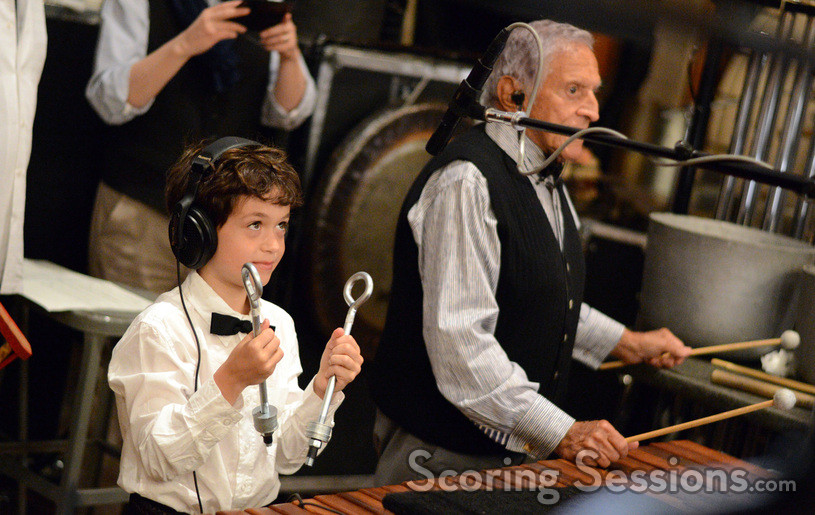 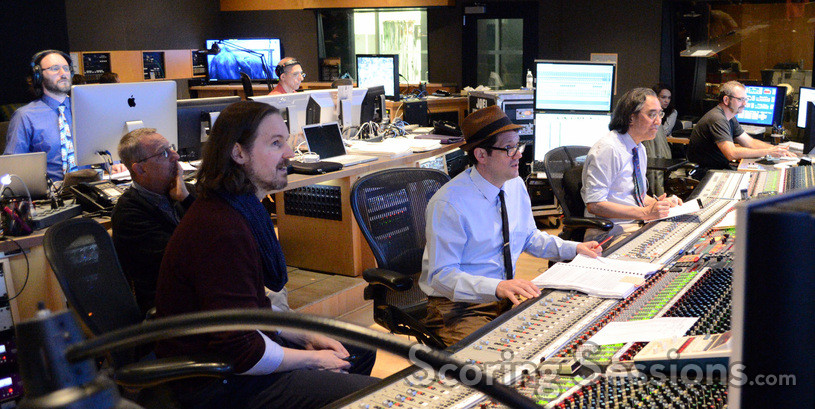 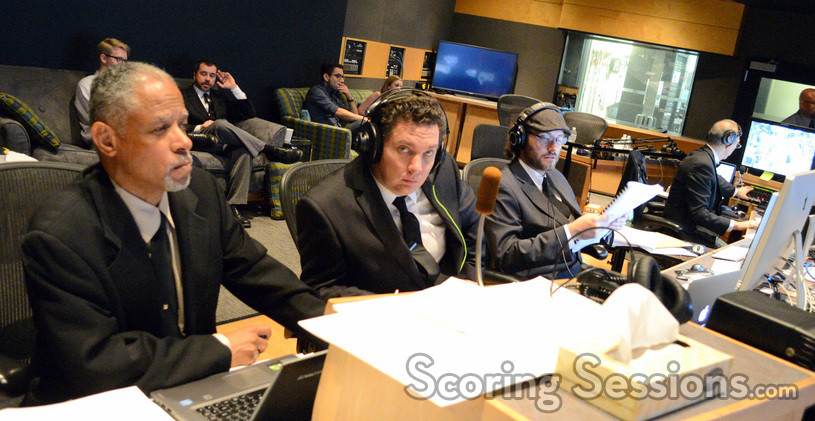 But never let it be said that a Giacchino session doesn’t have some really fun moments! Not only was a vintage 1975 Coleco Planet of the Apes Playhouse in the booth for people to play in, but an ape mask and even the bust of Caesar (created by Weta Workshop for on-set lighting reference) made appearances, for some lighthearted moments. 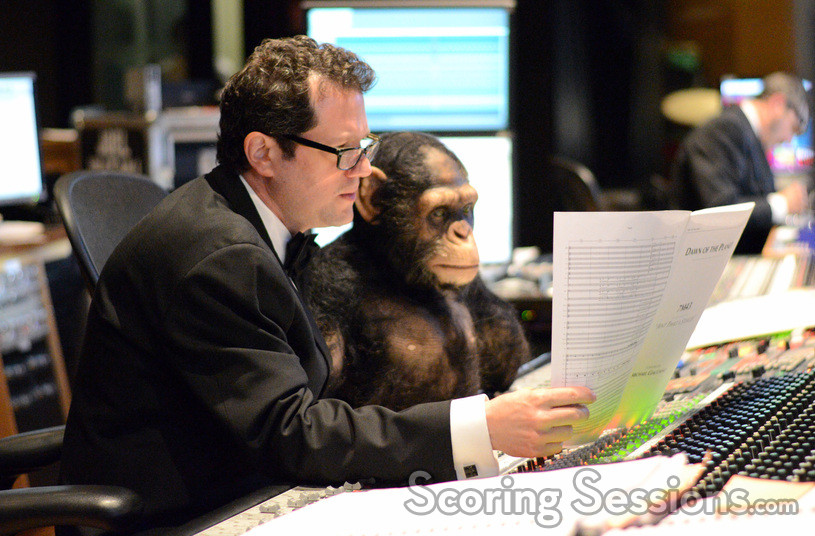 Composer Michael Giacchino goes over a cue with Caesar 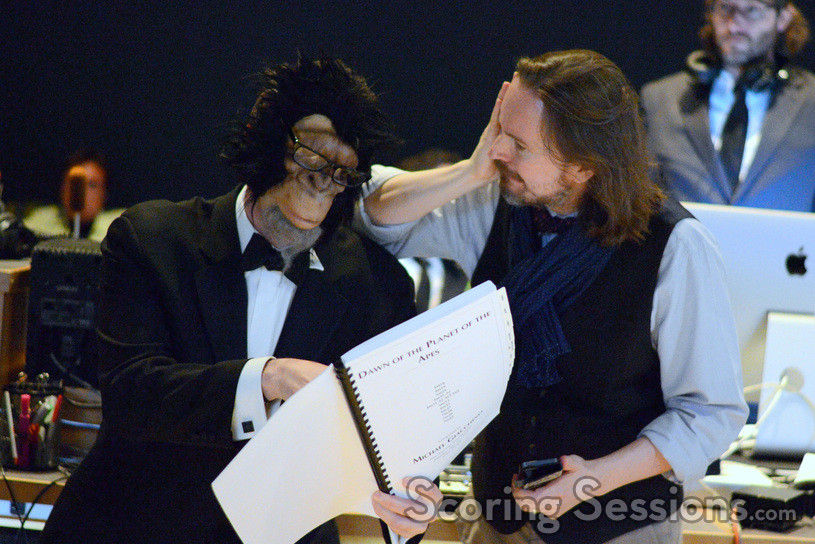 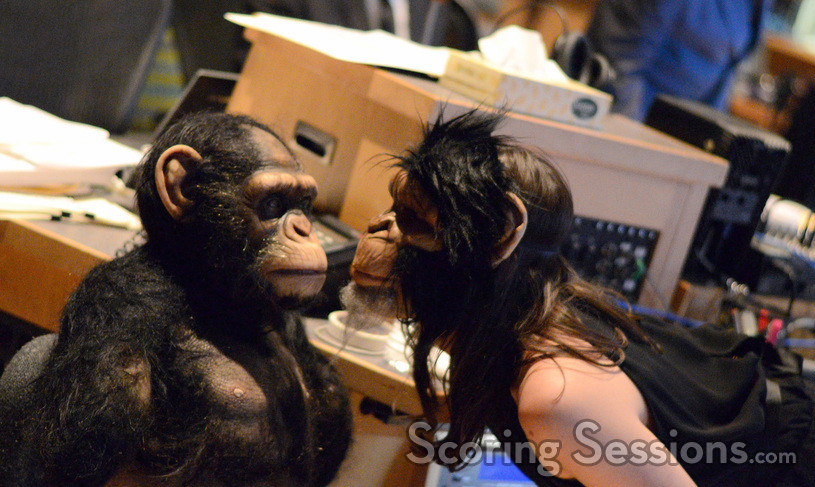 Caesar monkeys around with Andrea Datzman 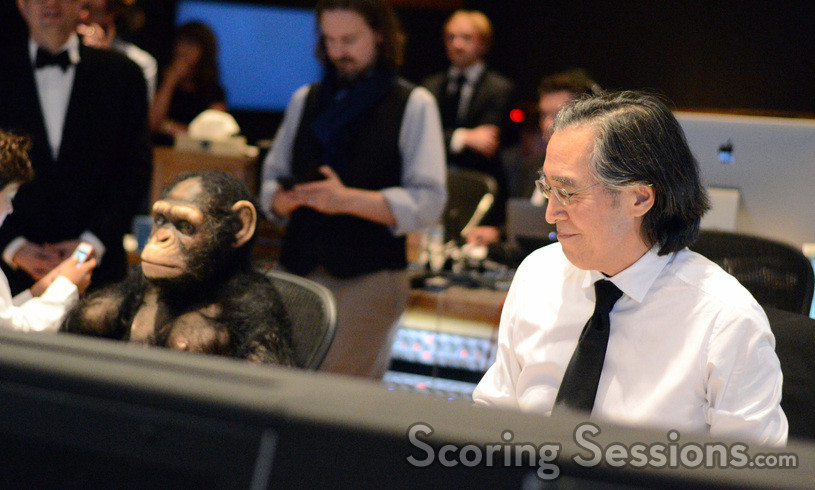 Caesar sits at the board with scoring mixer Joel Iwataki

A soundtrack album for Dawn of the Planet of the Apes is available from Sony Classical Records.