Earlier this fall, composer Rolfe Kent recorded his score for the new Alexander Payne feature, Downsizing, starring Matt Damon, Christoph Waltz and Hong Chau. The fifth collaboration between Kent and Payne, the score for the film was recorded at the MGM Scoring Stage at Sony Pictures Studios and ScoringSessions.com is delighted to bring our readers exclusive photos from the session! 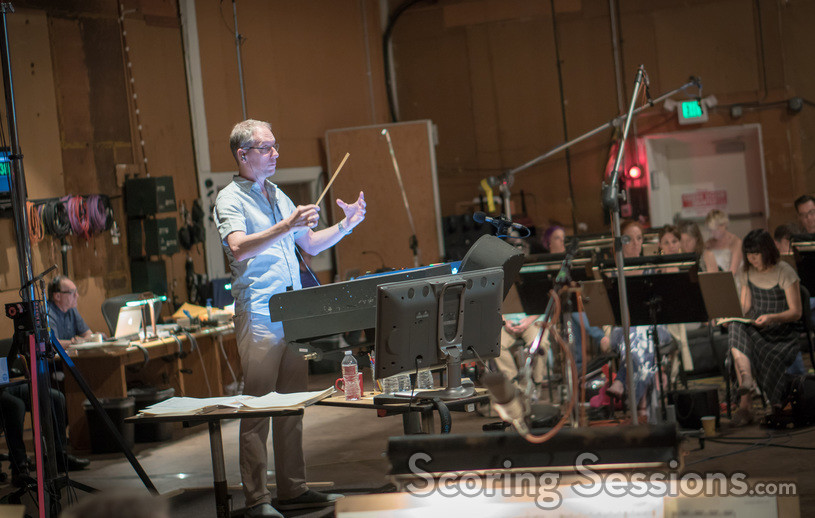 At the orchestral recording sessions, Rolfe Kent conducted a 90-piece ensemble of the Hollywood Studio Symphony. He also performed accordion and melodica solos on the film, recorded separately at his home studio. 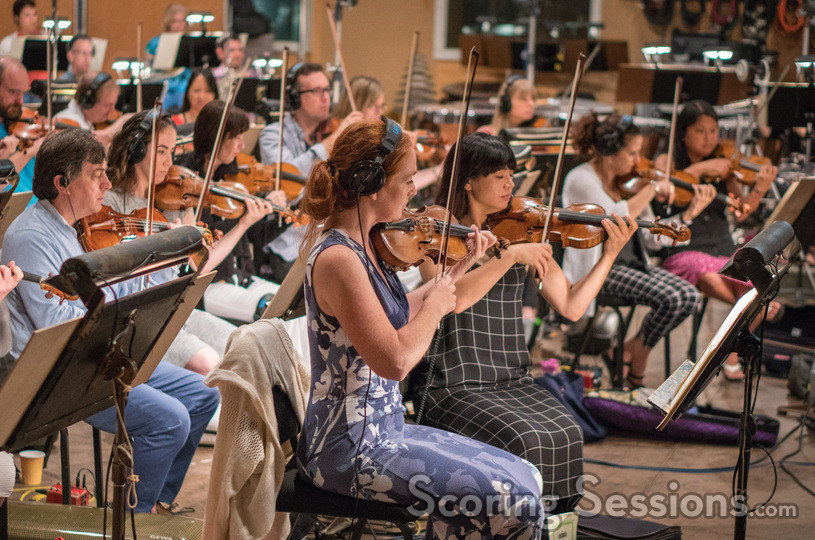 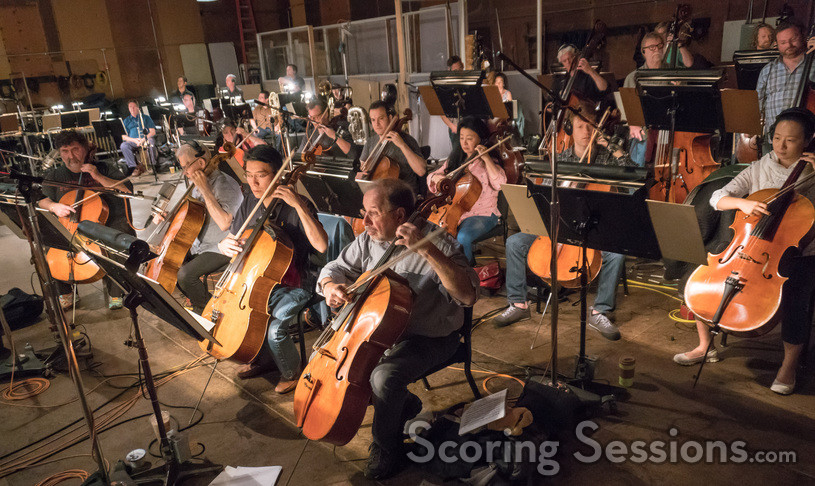 The cellos on Downsizing 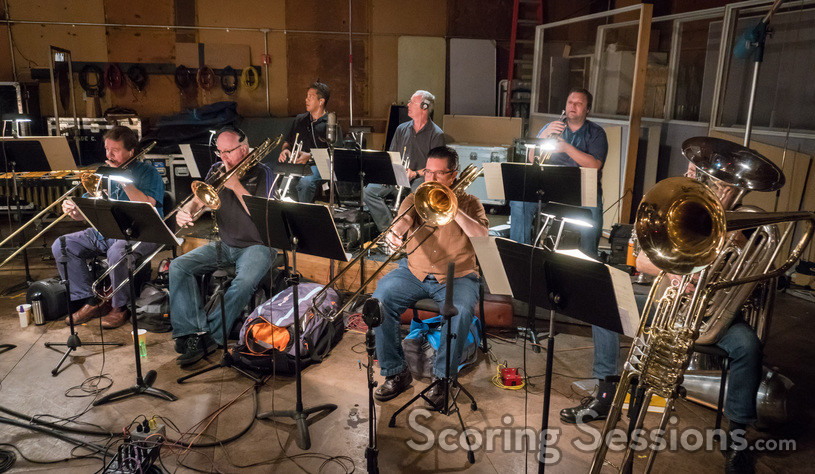 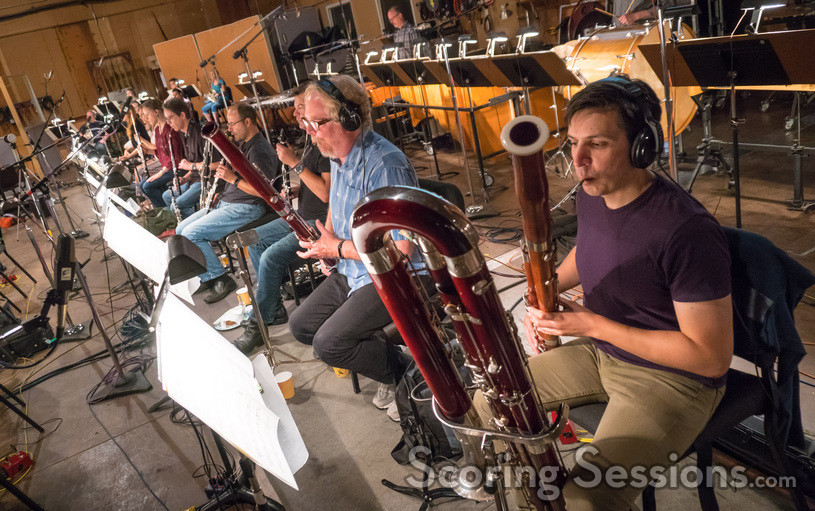 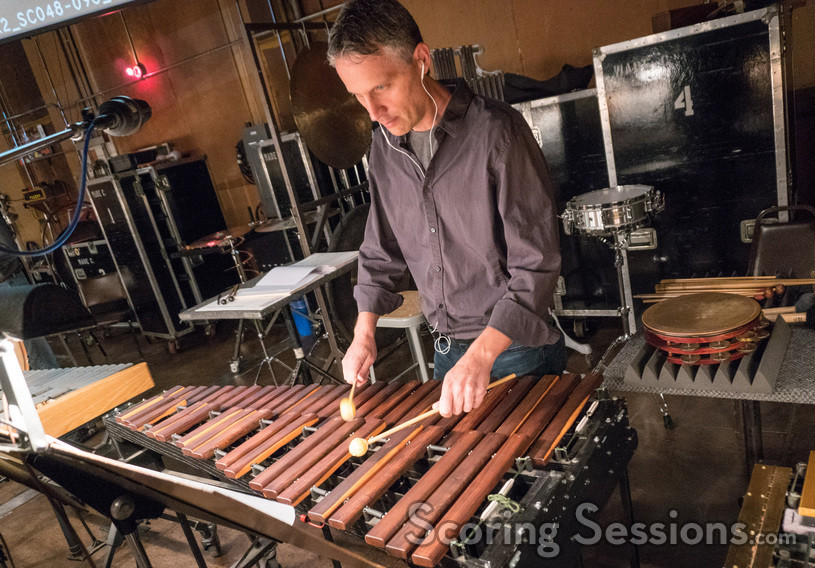 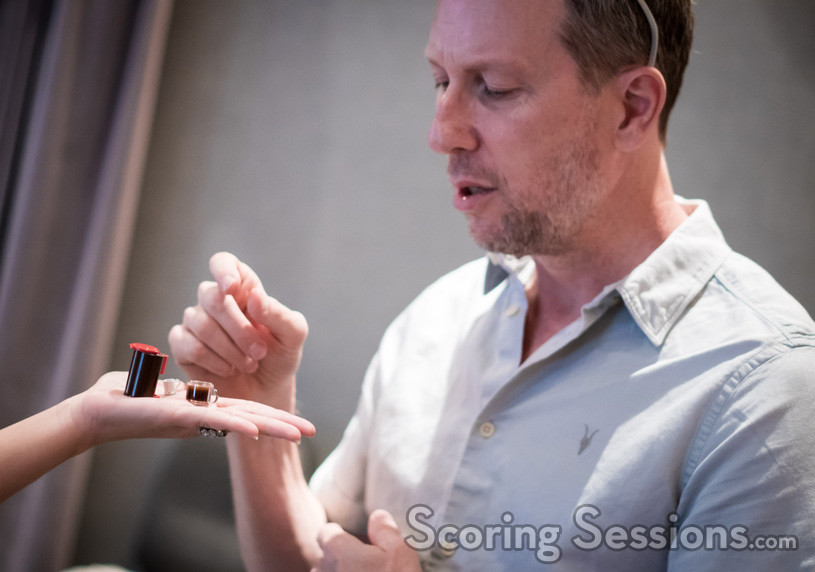 Inside the booth, scoring mixer Greg Townley was joined by orchestrator Geoff Stradling, music editor Nick South, score coordinator Sterling Powers, and ProTools recordist Jeremy Miller. Director Alexander Payne was also there, in a very hands-on role, working with Kent to make sure the music fit his unique vision. Producer Mark Johnson was also there to give feedback. 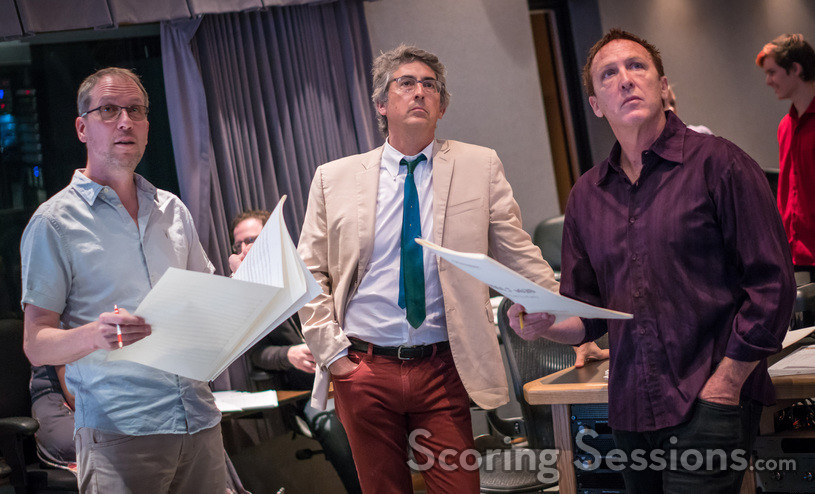 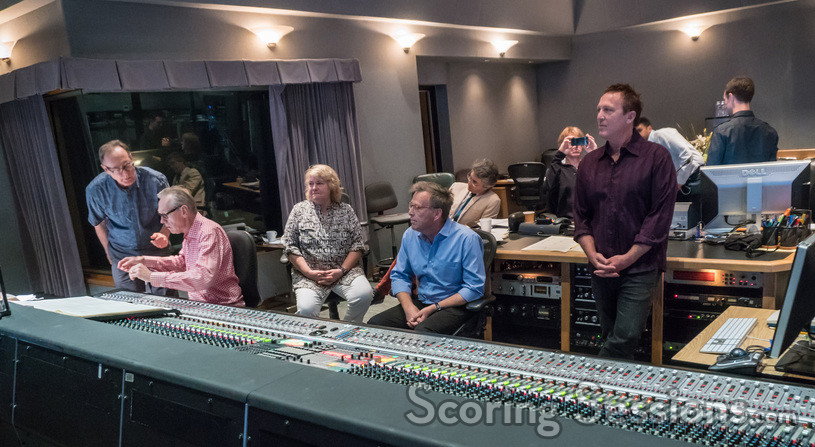 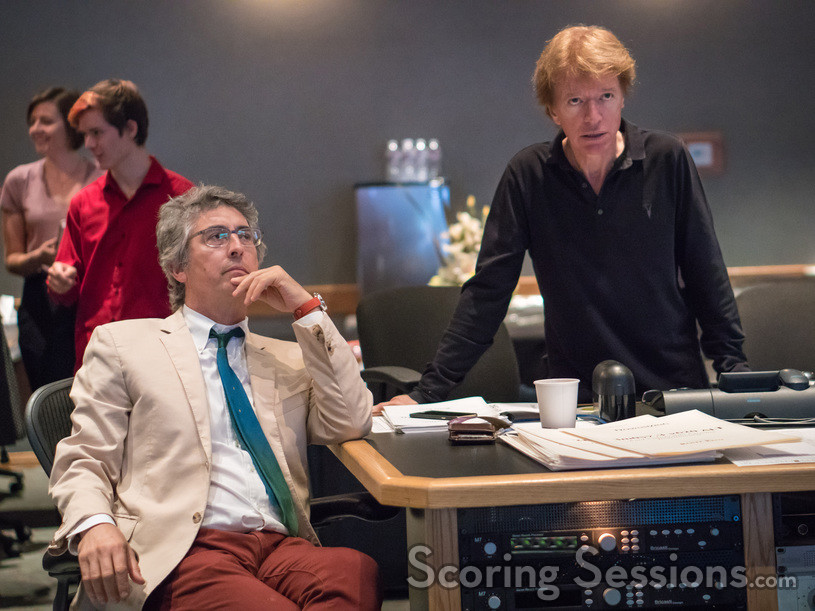 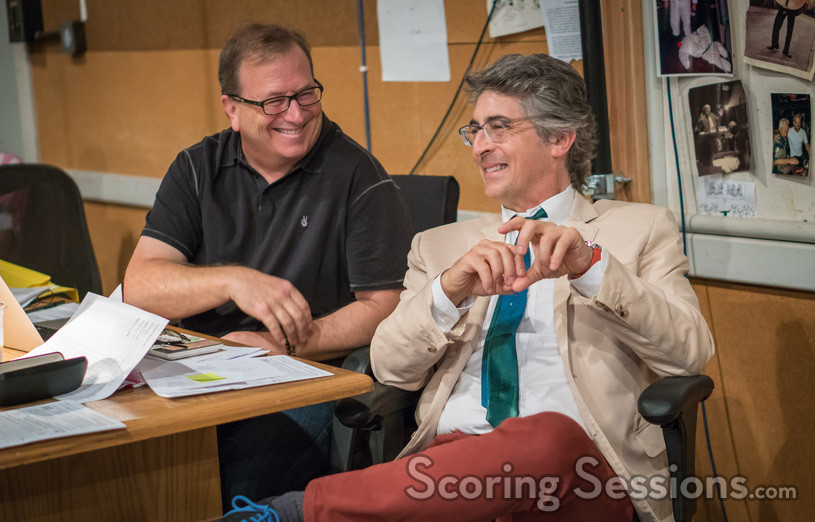 The score album for Downsizing is now available from WaterTower Music. 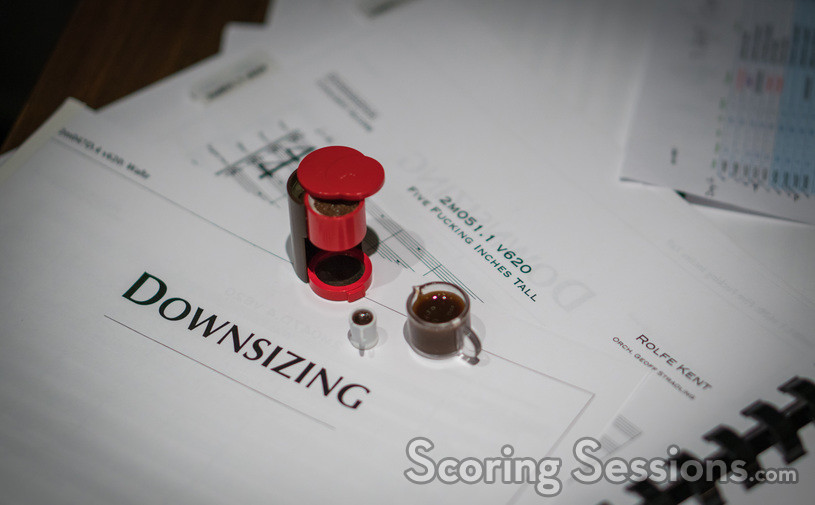 Even the coffee was downsized during the sessions for Downsizing