Earlier this summer, composer Joseph Trapanese was at the MGM Scoring Stage at Sony Picture Studios to record his score to the new Disney live-action adaptation, Lady and the Tramp. Trapanese conducted a 98-piece ensemble of the Hollywood Studio Symphony through his thematic and sweeping emotional score, and ScoringSessions.com is delighted to bring our readers exclusive photos from one of the sessions! 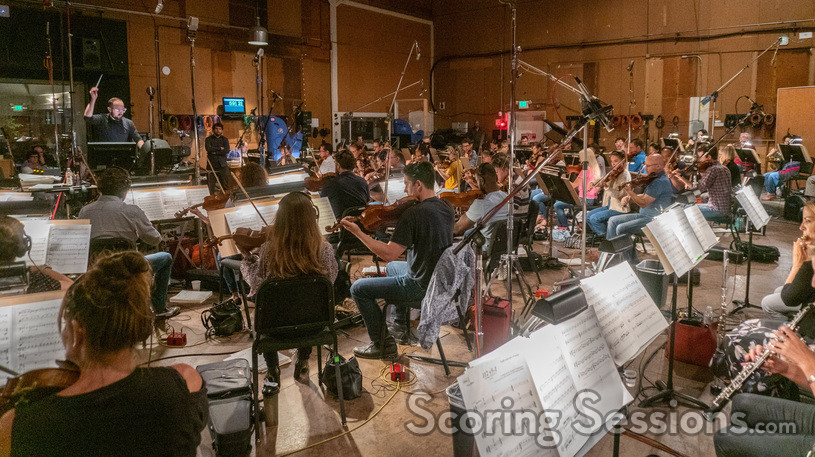 Composer/conductor Joseph Trapanese and the orchestra record a cue 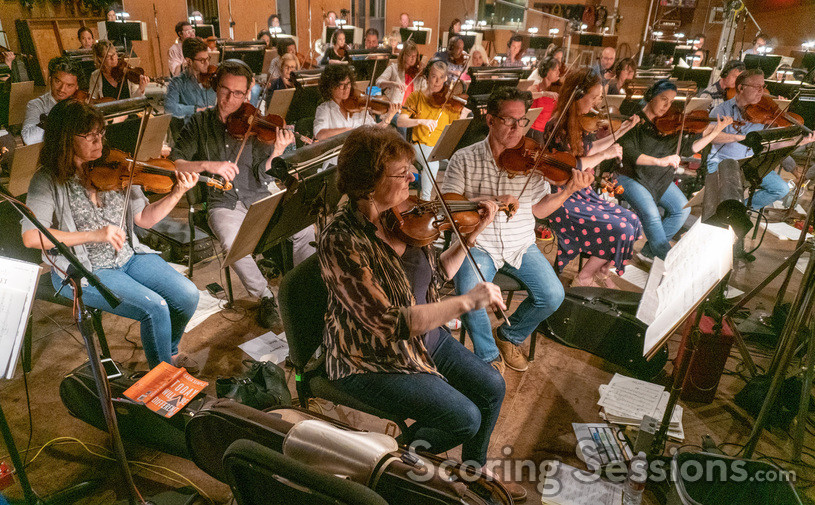 The violins perform on Lady and the Tramp 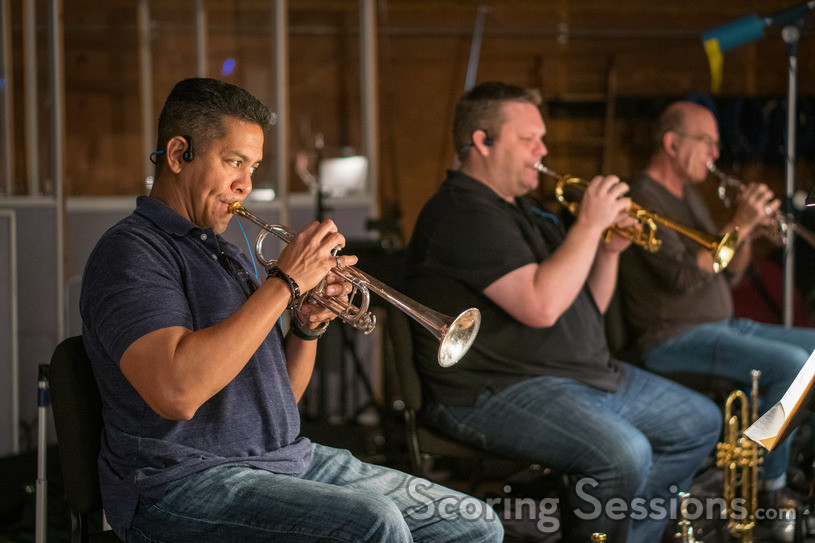 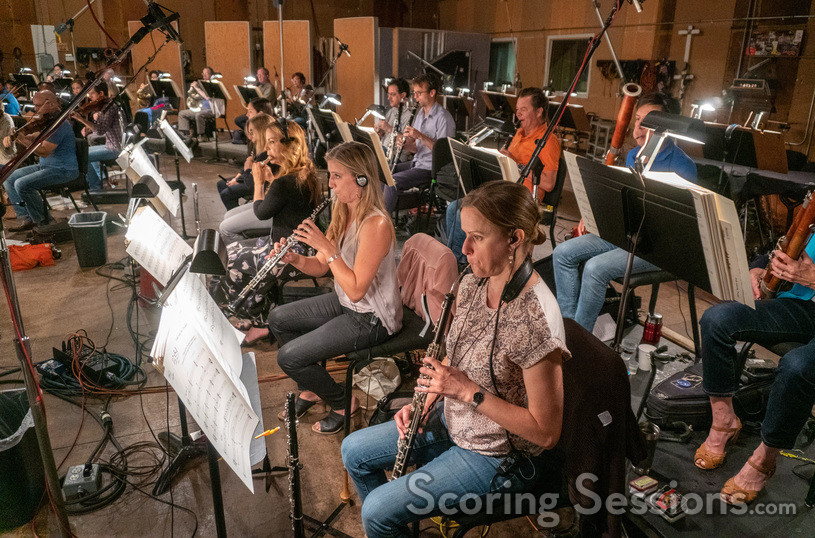 The woodwind section on Lady and the Tramp 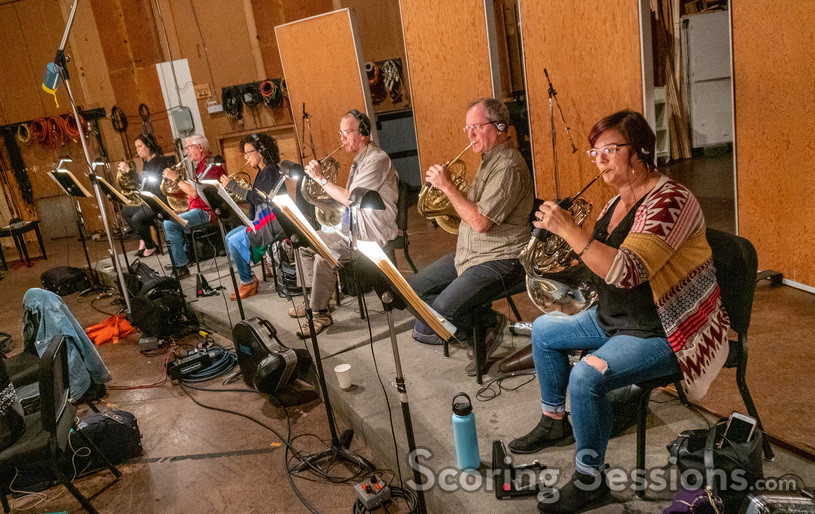 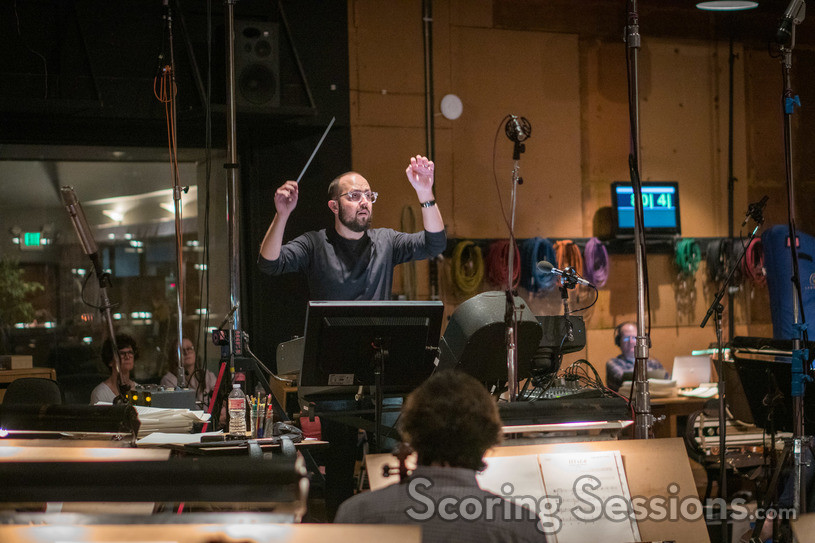 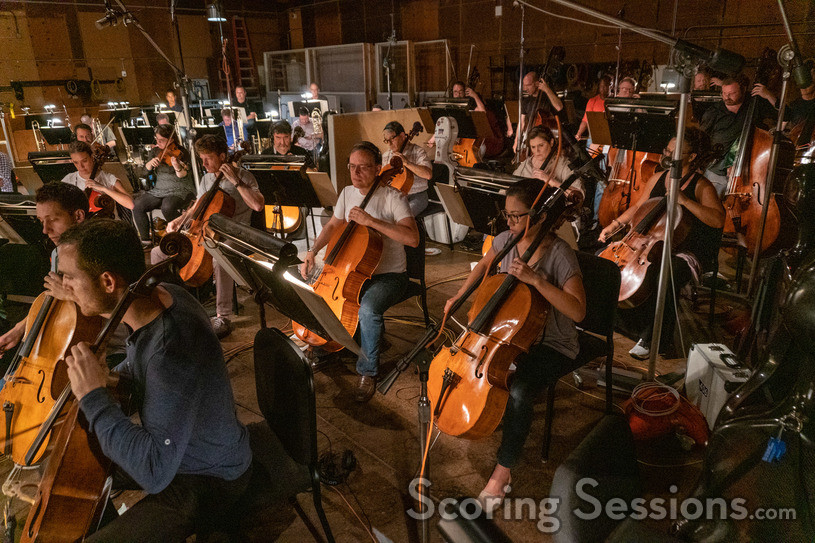 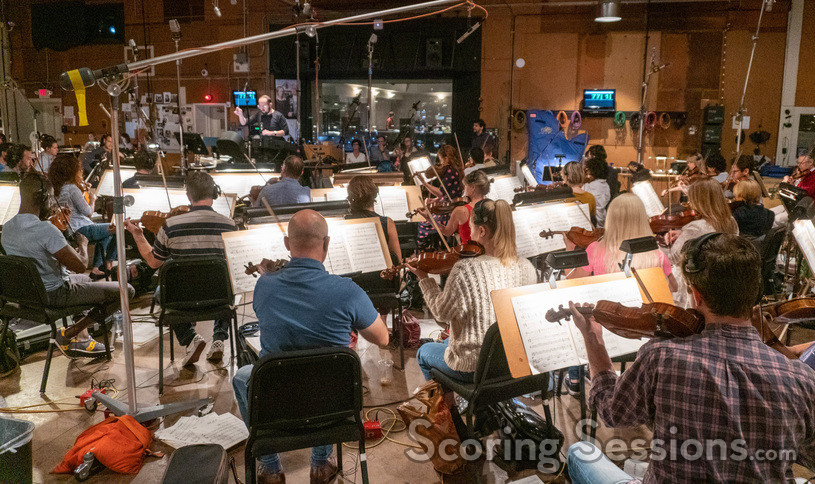 The orchestra performs a cue with composer/conductor Joseph Trapanese

Inside the booth, orchestrators Jennifer Hammond and Jehan Stefan were giving feedback to Trapanese back out on the stage, while scoring mixer Noah Scot Snyder made sure the mix was sounding spot-on. Director Charlie Bean would discuss cues with Trapanese, listening to playback in the booth. Score technical coordinator and additional music arranger Clark Rhee and scoring assistant Max Davidoff-Grey were also on hand to give feedback. 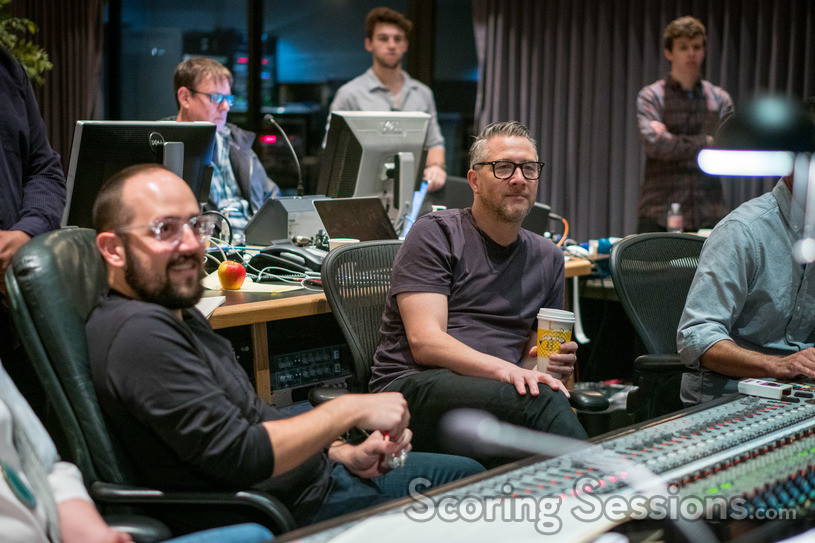 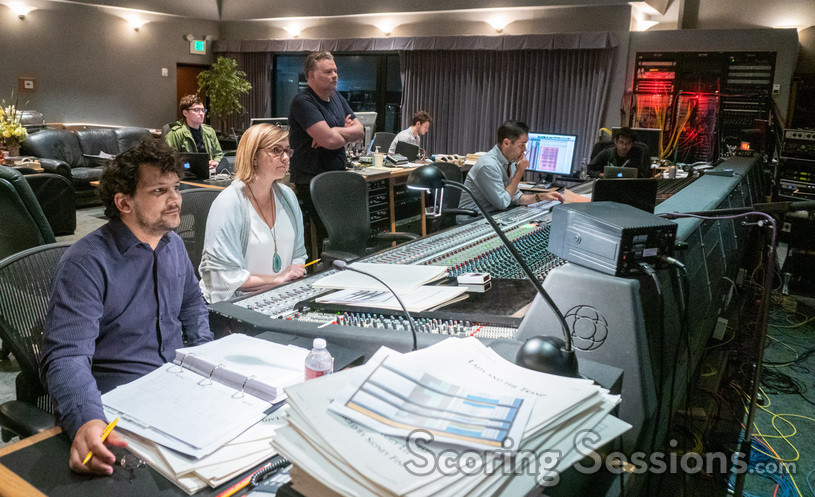 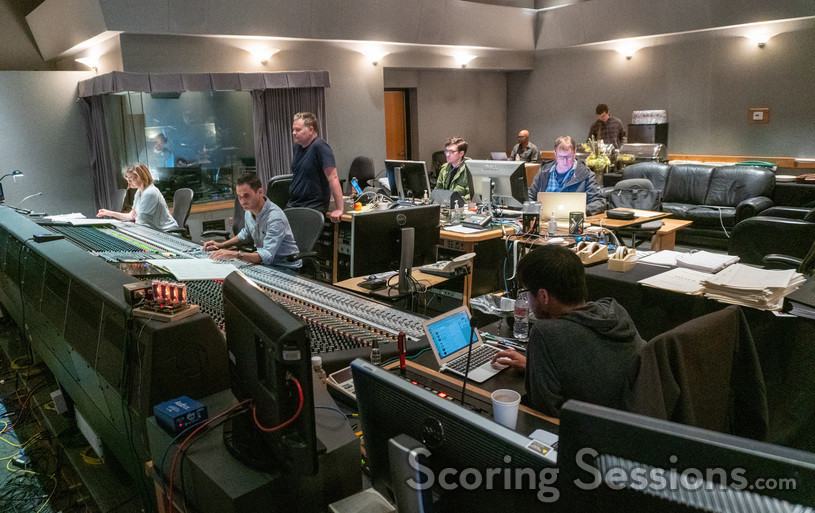 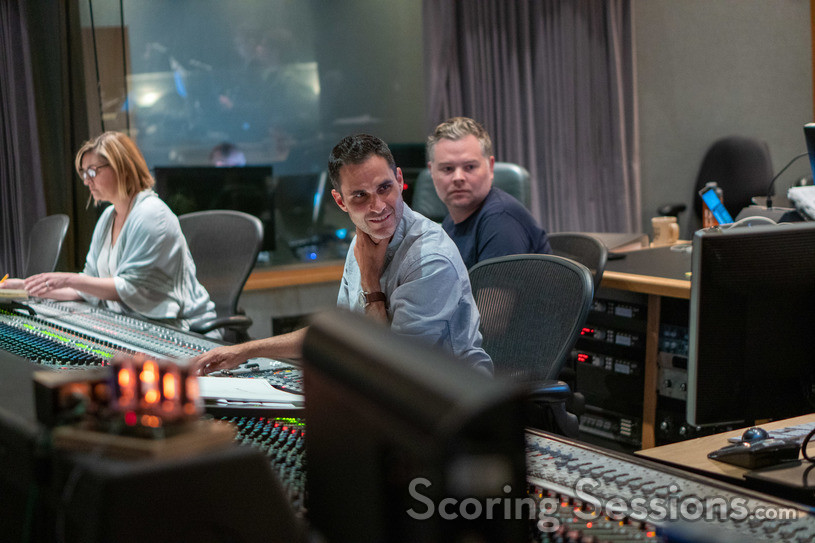 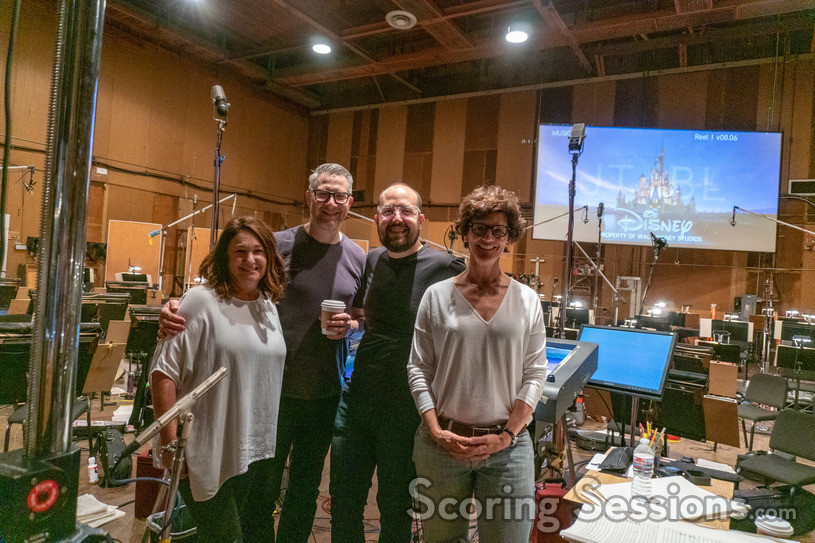 Visiting the session were Nate "Rocket" Wonder and Roman GianArthur, who wrote and performed the new song "What a Shame" for the cat scene. They also wrote the new end title song "That’s Enough," performed by Janelle Monae who lends her voice to the film as the character "Peg." 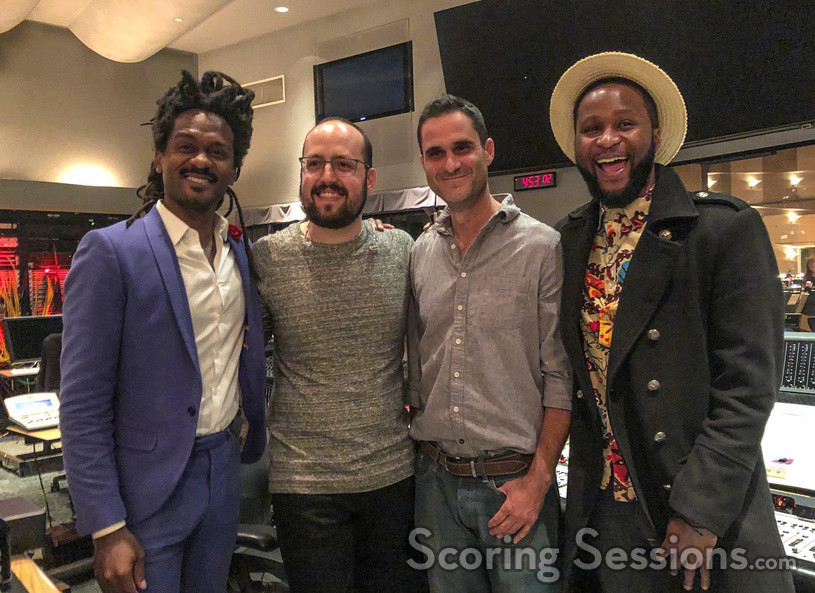 Lady and the Tramp is currently streaming on Disney+, and a soundtrack album is now available from Walt Disney Records.