Earlier this summer, composers Jeff Russo and Jordan Gagne recorded their score to the new USA television series, Treadstone. Inspired by the Jason Bourne films, the show looks at the origins of the covert back ops CIA program that created sleeper agents, and music for the show was recorded at the Eastwood Scoring Stage and ScoringSessions.com is thrilled to bring our readers exclusive photos from the pilot scoring session! 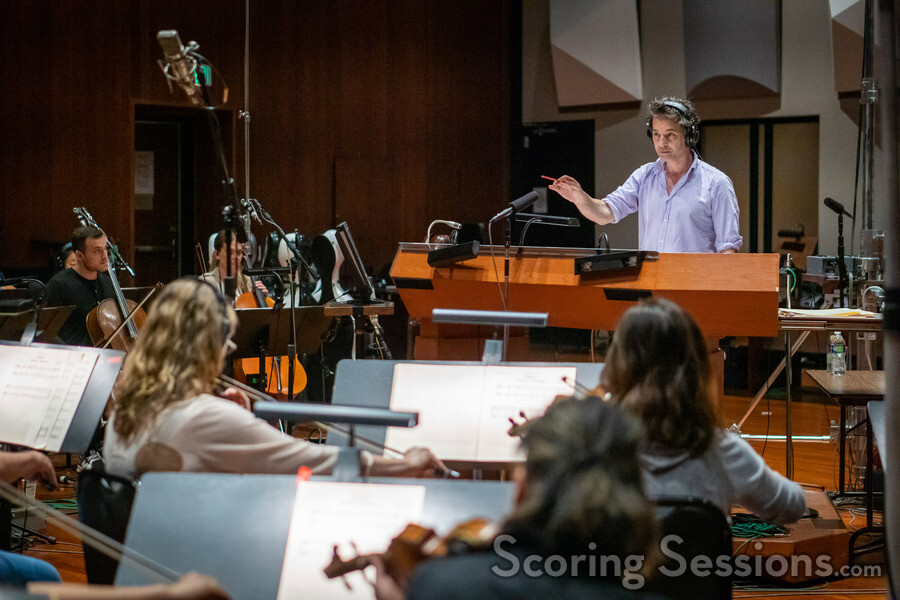 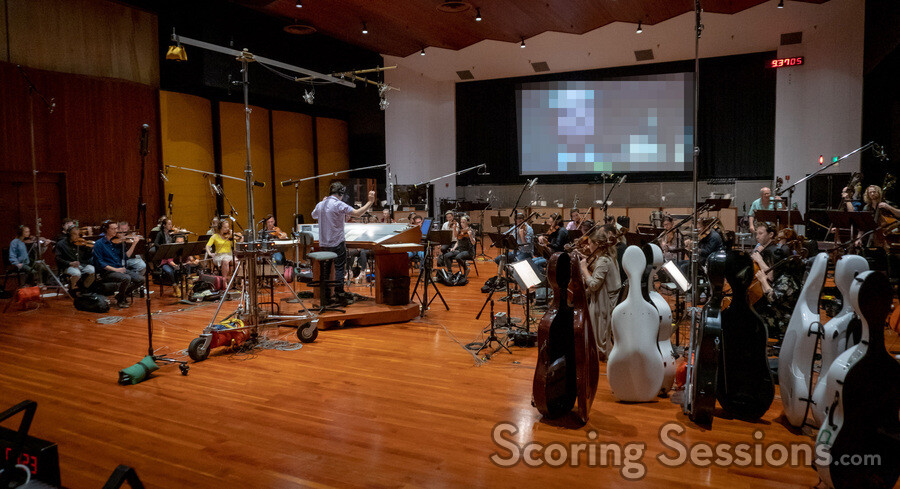 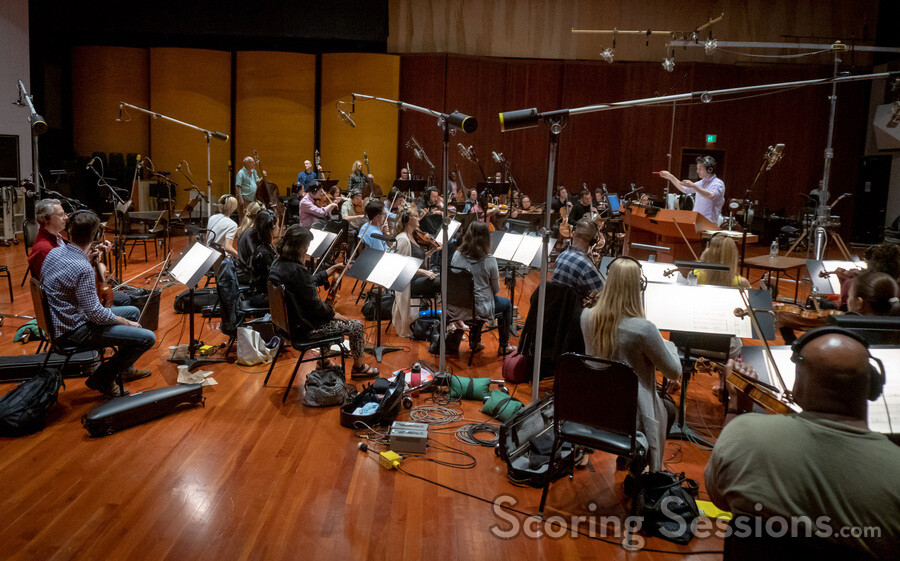 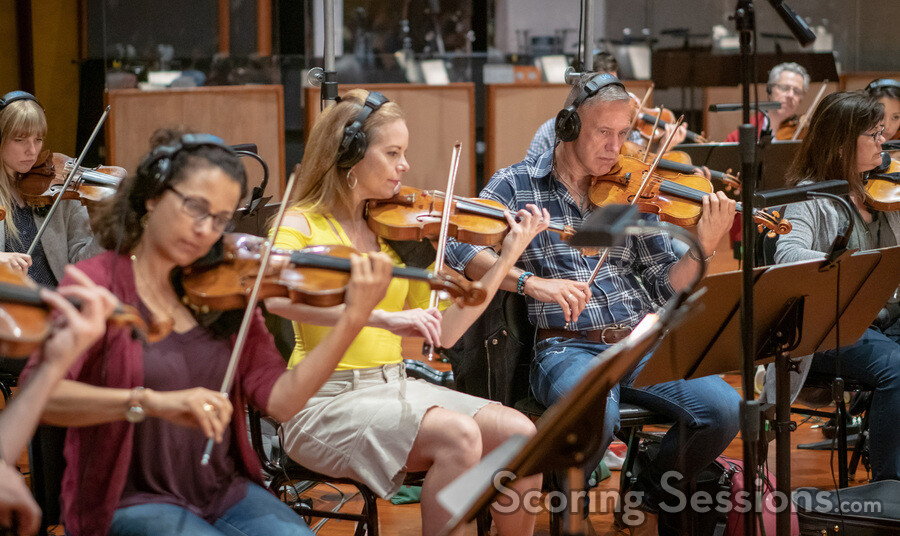 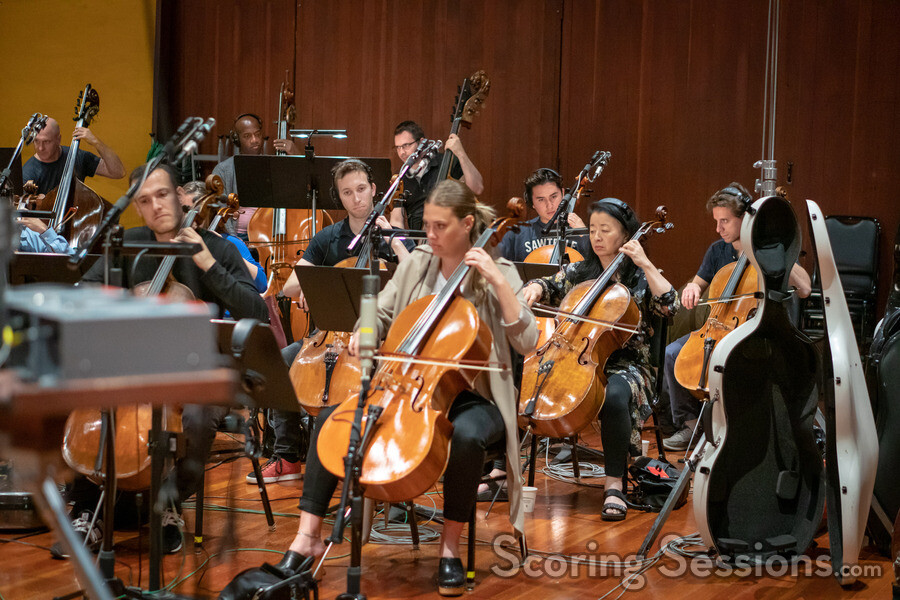 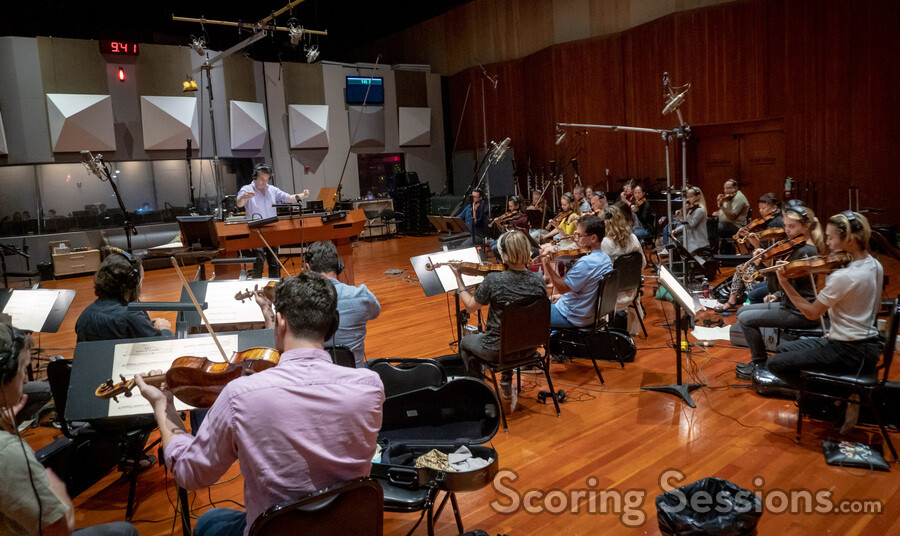 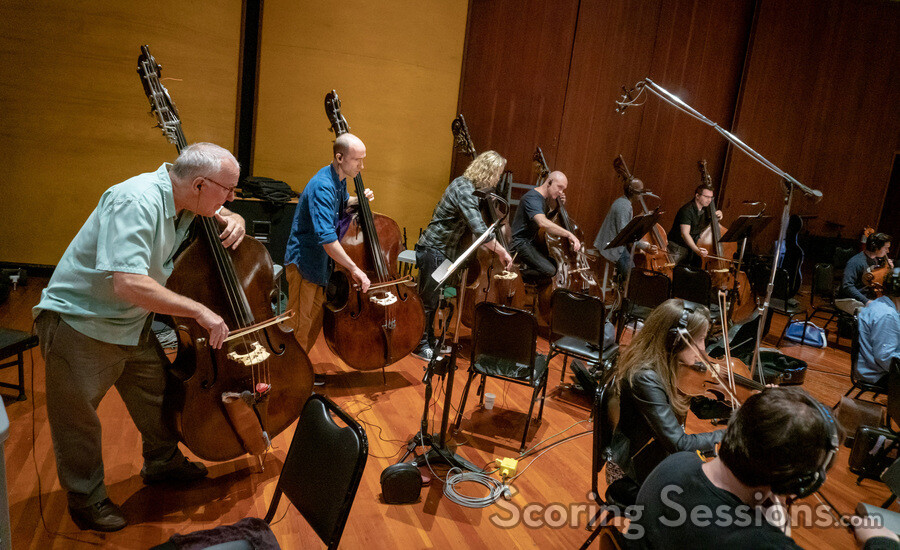 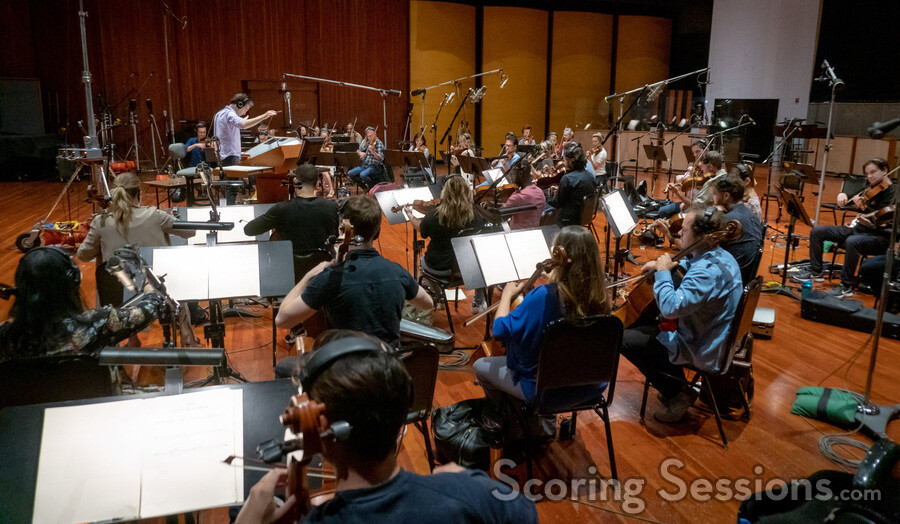 Inside the booth, scoring mixer Michael Perfitt made sure everything sounded great, and he was joined at the console by orchestrator Amie Doherty and co-composer Jordan Gagne, who would give feedback to Russo out on the stage. Also in the booth were scoring assistant/score tech Tracie Turnbull, scoring assistant Caleb Hsu, show music editor Dan Razeil, and orchestra and score editor Sam Lucas. 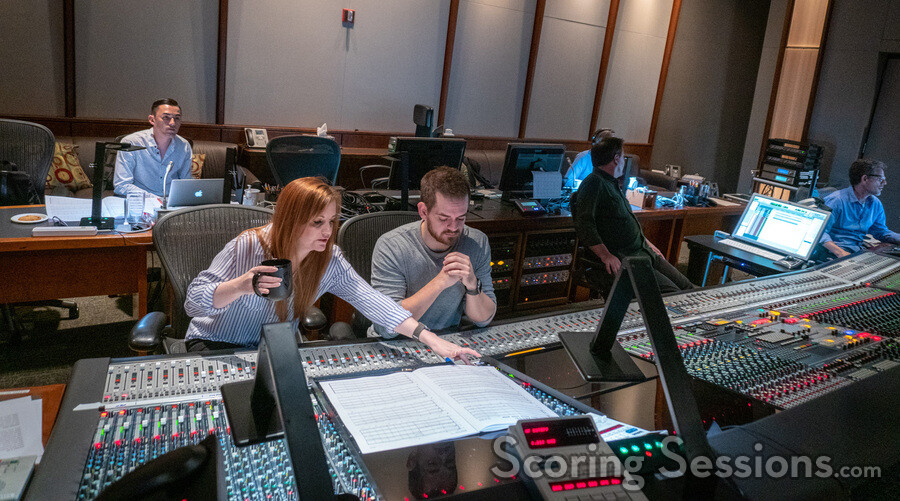 The control room on Treadstone 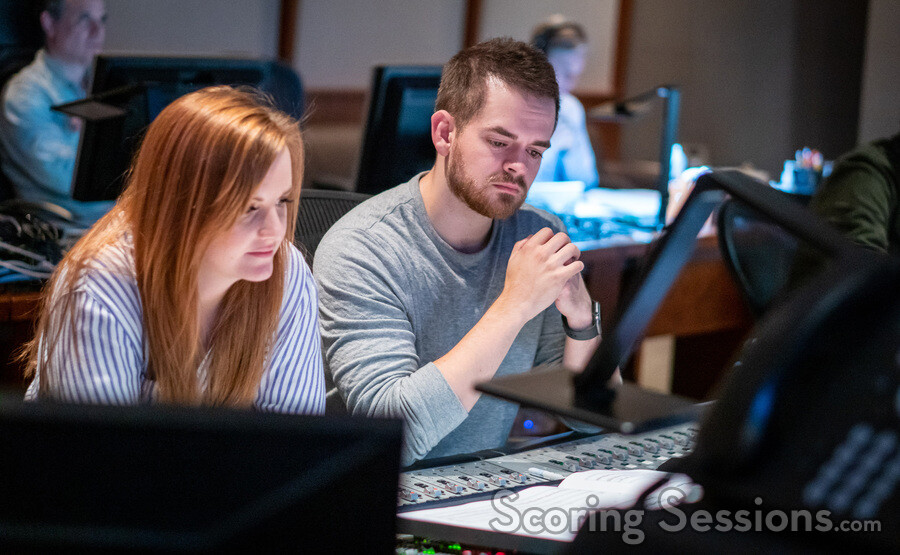 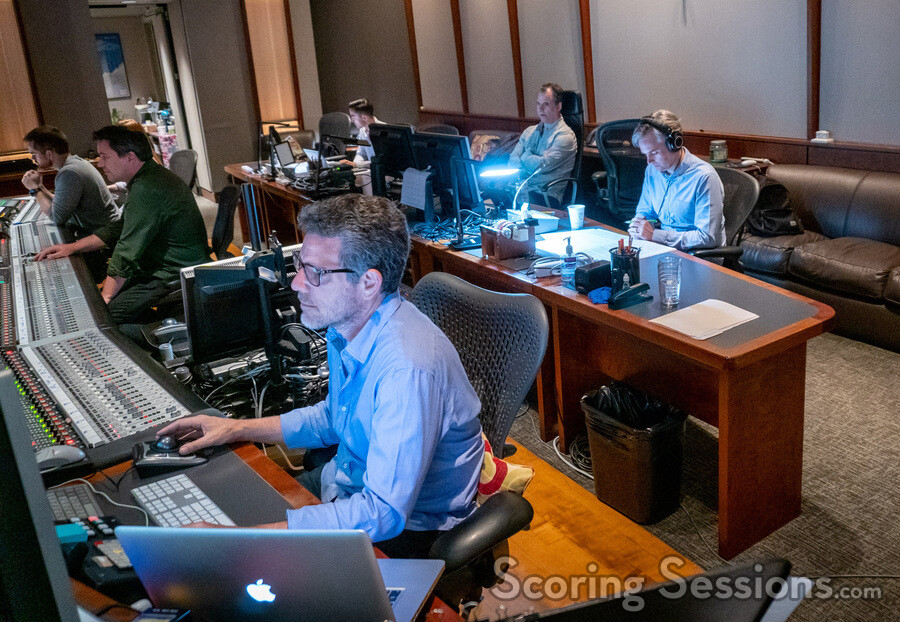 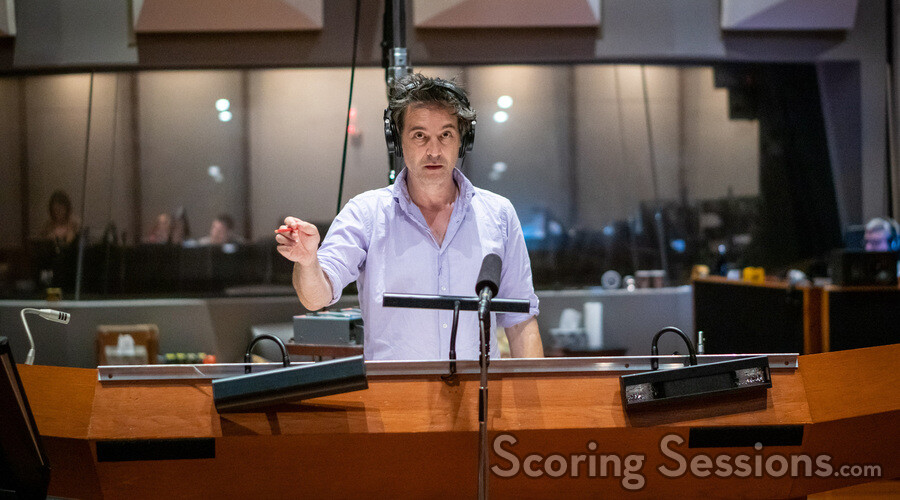 Co-composer Jeff Russo at the podium